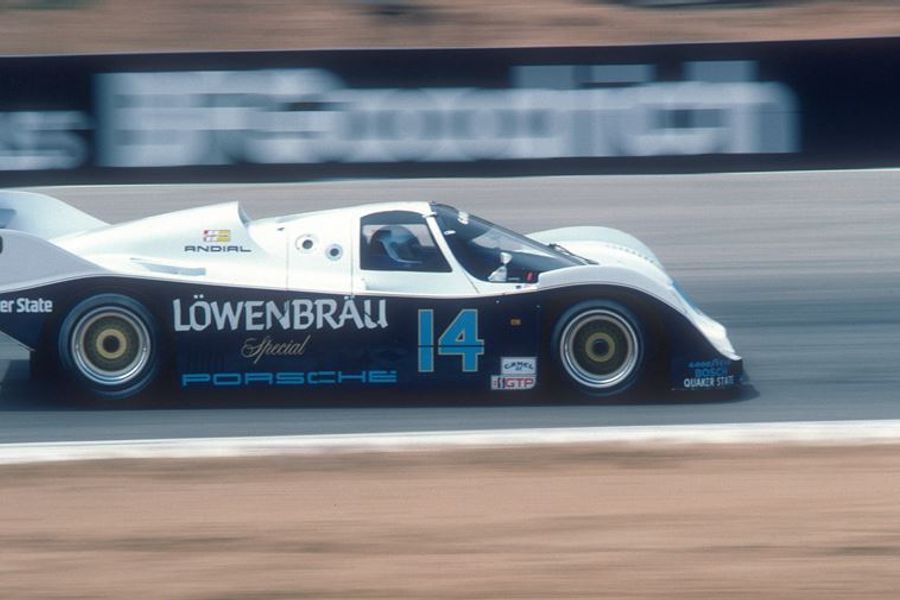 Two British sports car racing legends have joined the driving ranks at next week’s Classic 24 Hour at Daytona with Derek Bell and Brian Redman recently announced at competitors and returning to the circuit where they are both multiple winners of the actual Daytona 24-Hours.
Thrice winner of the Daytona 24-Hours in his prime, Bell will be out in a Lowenbrau liveried Porsche 962 that he took to four victories sharing with Al Holbert – the pair joined by Chip Robinson for two of those wins. He will be sharing the ex-Al Holbert Racing 962 with current owner Dan Curry for the event which sees a full 24-hours of track action for the different classes of entries.
"I'm thrilled to be united with our very special car at such a memorable circuit,” Bell said on the HSR (Classic 24 Hour at Daytona organisers) web-site. “So many emotional moments come to mind when one considers what Al Holbert and team did for all of us and the sport during those wonderful years. So many thanks to Dan Curry, the owner of the car!”
Redman also won the 24-hours outright three times and will be back out in a BMW CSL that he raced in last years Daytona event as well as an Aston Martin AMR-1 Group C car. Redman took one of his Daytona wins in 1976 in a CSL, famously driving for 14-hours after his co-driver was taken ill, John Fitzpatrick stepping in to share driving duties after his own BMW retired.
The Classic 24 features six period-correct run groups rotating through a full 24 hours of racing on the 3.56-mile Daytona road course. The run groups, which include various classes of similar-era race cars, each take to the track four times throughout the 24 hours. The competitors in each class covering the most total distance in their group's four sessions will be crowned Classic 24 at Daytona champions.