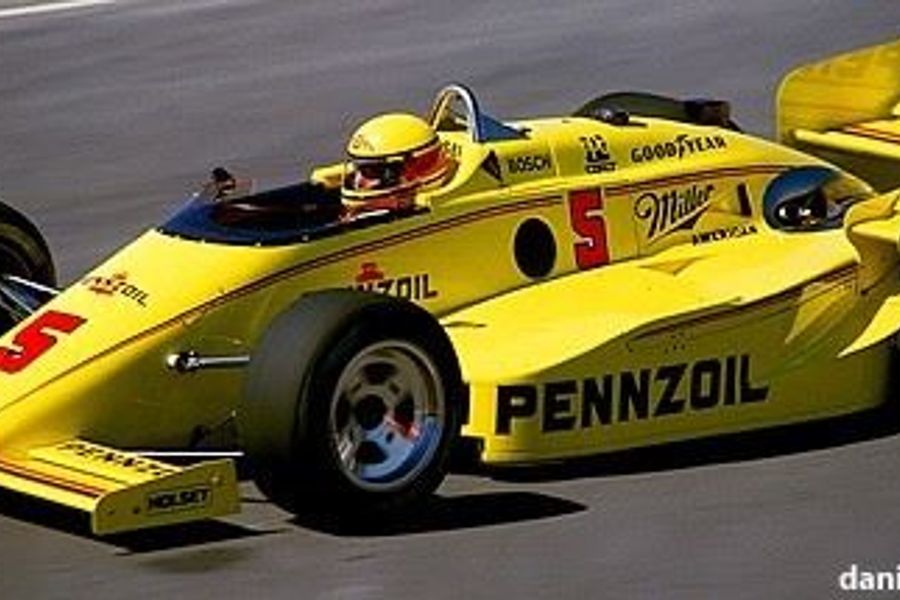 Four-time Indianapolis 500 winner Al Unser has revealed that he plans to return to wheel-to-wheel competition at the Sportscar Vintage Racing Association’s (SVRA) “Indy Legends” Charity Pro-Am at the Indianapolis Motor Speedway on June 17th – appropriately enough, Father’s Day Weekend. The three-time Indy car national champion will join his son, two-time Indy 500 champion Al Unser Jr., in the race to mark the first time since 1993 that they have competed together at the Speedway.
Unser’s surprising return to competition comes at the 25th anniversary of the best finish by a father and son in “500” history when in 1992 Al Jr. won in what remains the race’s closest finish while dad Al brought his Menards entry home third.
“I guess I got tired of watching the kids have all the fun,” said Unser, who served as Brickyard Invitational grand marshal in 2015. “Seriously, Tony Parella and his SVRA team have created a first-class event and that’s why the entire Unser family has gotten behind it. We believe in what he is doing and I personally enjoy reconnecting with the great fans of the Indianapolis 500.”
The Unser family has been active in SVRA events since the racing organisation’s first Brickyard Invitational in 2014 where Al Unser Jr. teamed with Peter Klutt, host of the Velocity Channel’s “Legendary Motor Car” TV show, to win the inaugural Indy Legends Pro-Am. Robby Unser won the event last year, and all five of the living Unser Indy 500 veterans took to the track together in 2015 in historic racecars driven by their family.
That was the first opportunity all of them had to be on the track at the same time. Bobby Unser led the Brickyard Invitational oval exhibition races in 2014. The Unsers have participated in other SVRA events as well. Last year Al Unser and Al Jr. served as co-grand marshals at Portland International Raceway.
“There have been a lot of great legends in the history of auto racing, but in my book Big Al is right at the top of the mountain,” said Tony Parella, SVRA president and CEO. “I am honored beyond words. This is such a validation of what all of us at the SVRA have been working so hard to build. To be able to say that this great champion believes in what we are doing enough to strap in and race with us means everything to me personally and professionally.”
A three-time Indy car champion (1970, ’83, ’85) Unser was among the rare breed who could drive any type of car at any venue, including sports cars, stock cars, modifieds and dirt cars. The four-time Hoosier Hundred victor drove and won in sprints, midgets, Formula 5000 and stock cars to name a few. The Hall of Fame super star was USAC stock car rookie of the year in 1967 and IROC champion in 1978. In his final Indianapolis 500 win (1987) he broke Ralph DePalma’s 67-year-old record for most career laps led in the historic race. He has a career total 39 Indy car race victories.
The Indy Legends Pro-Am is the crowning event of the Brickyard Invitational. The Unsers, along with 31 other Indianapolis 500 veterans yet to be announced for this year’s Pro-Am, will be in 1963 to 1972 vintage Corvettes, Camaros and Mustangs of SVRA “Group 6” A and B Production. The professionals will be paired with amateur drivers, splitting their stints at the wheel at their discretion.
In addition to the Pro-Am, there will be a festival of other activities including the Motostalgia car auction, the Hagerty Insurance “shine and show” car corral, vintage motorcycle racing and displays, and 500+ vintage racers ranging over 100 years of automotive history racing in SVRA Groups 1 through 12. An oval exhibition featuring a racecar show of judged competition for the A.J. Watson and Sir Jack Brabham trophies led by track historian Donald Davidson will also take place. Also, this year the Brickyard Invitational will be preceded by a new SVRA event at the Speedway, the World Open Wheel Challenge, commemorating 50 years of Formula Ford and welcoming all forms of open wheel racecars, beginning June 8th.
SVRA Al Unser Indy Indianapolis