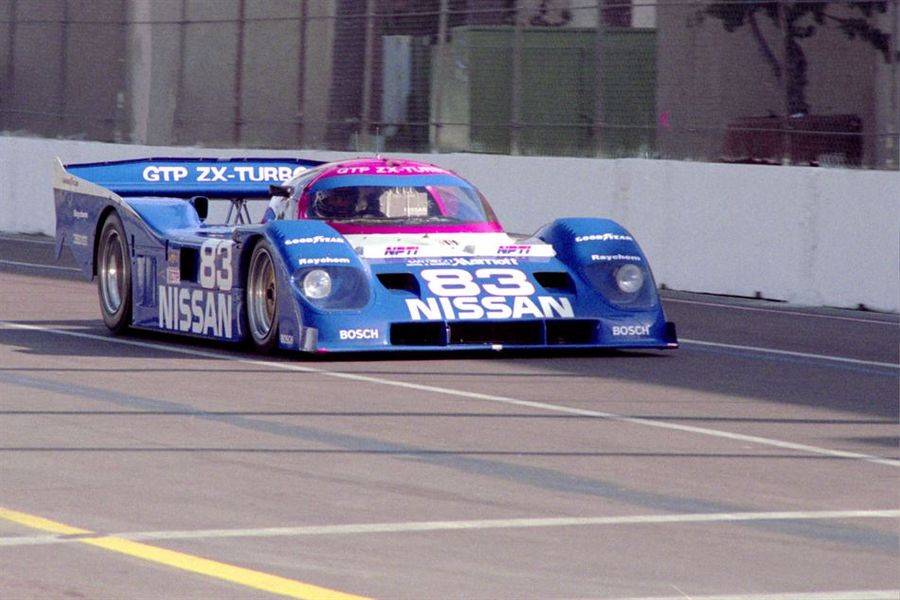 The Sportscar Vintage Racing Association (SVRA) announced the week the return of Geoff Brabham and Davy Jones, both overall winners at the 24 Hours of Le Mans, to the Fathers’ Day Weekend Indy Legends Pro-Am at the Indianapolis Motor Speedway. The two are the latest additions to an already star-studded field for the fourth running of the Brickyard Invitational’s Saturday, June 17th feature race.
“Davy and Geoff are top-level champions, really amazing talents,” said SVRA President and CEO Tony Parella. “The accomplishments of the drivers racing with us this year make me feel like we are pulling together a new International Race of Champions (IROC) field. It’s that good.”
The Pro-Am feature Brabham and Jones will compete in is a 45-minute race on the Speedway’s 2.43-mile Grand Prix road course. Other top drivers who have filed entries include four-time Indy 500 champion Al Unser and his son, Al Jr., who won the “500” twice. Still others include defending Indy Legends Pro-Am drivers Robby Unser (A Production) and Paul Tracy (B Production) as well as Willy T. Ribbs, Johnny Unser, Sarah Fisher, Davey Hamilton and Lyn St. James.
The cars are racing machines from the “Group 6” SVRA class. As in previous years that will include 1963 to 1972 vintage Corvettes, Camaros and Mustangs but also race officials are considering adding other Group 6 marques such as Porsche and Jaguar for variety. Look for additional announcements of Indianapolis 500 drivers to be entered in the coming weeks. As in the previous three years, the professionals will be paired with amateur drivers, splitting stints at the wheel at their discretion.
Brabham is a 10-time starter in the Indianapolis 500, with a best finish of fourth in 1983. He was active in the Indy car series during the 1980’s recording eight podium finishes and 31 top tens. Brabham was a master of sports car racing and the star driver of the dominant Nissan team that won four successive IMSA GTP championships from 1988 through 1991. During this time he scored an amazing 23 overall victories. He also won the 1993 24 Hours of Le Mans, the 1989 and 1991 12 Hours of Sebring and the 1981 Can-Am series championship. Geoff’s outstanding career earned him six invitations to compete in the elite IROC series. He began racing Formula Fords in Australia in 1973 and won the 1975 Australian Formula 2 championship and the 1979 Formula Super Vee championship before reaching the top levels of the sport.
Chicago-born Davy Jones first gained notice when he placed third in the 1983 British Formula 3 championship behind Ayrton Senna. Bernie Eccelstone tested him for a Brabham Formula 1 seat the same year. Jones later competed in the New Zealand Formula Atlantic series, winning that country’s grand prix in 1984 and ’87. In 1986 he scored BMW McLaren’s only IMSA GTP victory at Watkins Glen. A top-tier sports car driver, he brought home the overall win in both the 1996 24 Hours of Le Mans and the 1990 24 Hours of Daytona. In an Indy car career spanning nine seasons, including six Indianapolis 500s, his best finish came at the Greatest Spectacle in Racing in 1996 when he was second. He placed seventh there in 1989.
In addition to the Pro-Am, there will be a festival of other activities including the Motostalgia car auction, the Hagerty Insurance “shine and show” car corral, a motorcycle homage with vintage motorcycle racing and displays, and 500+ vintage racers ranging over 100-years of automotive history racing in SVRA Groups 1 through 12. An oval exhibition featuring a racecar show of judged competition for the A.J. Watson and Sir Jack Brabham trophies led by track historian Donald Davidson will also take place. Also, for the first time ever, the professional Trans Am series will compete as the Sunday afternoon feature race. Heading the pack will be series champion Amy Ruman who has won the crown the last two years.
This year the Brickyard Invitational will be preceded by a new SVRA event at the Speedway, the World Open Wheel Challenge. This event will commemorate 50-years of Formula Ford and will welcome all forms of open wheel racecars, beginning June 8th.