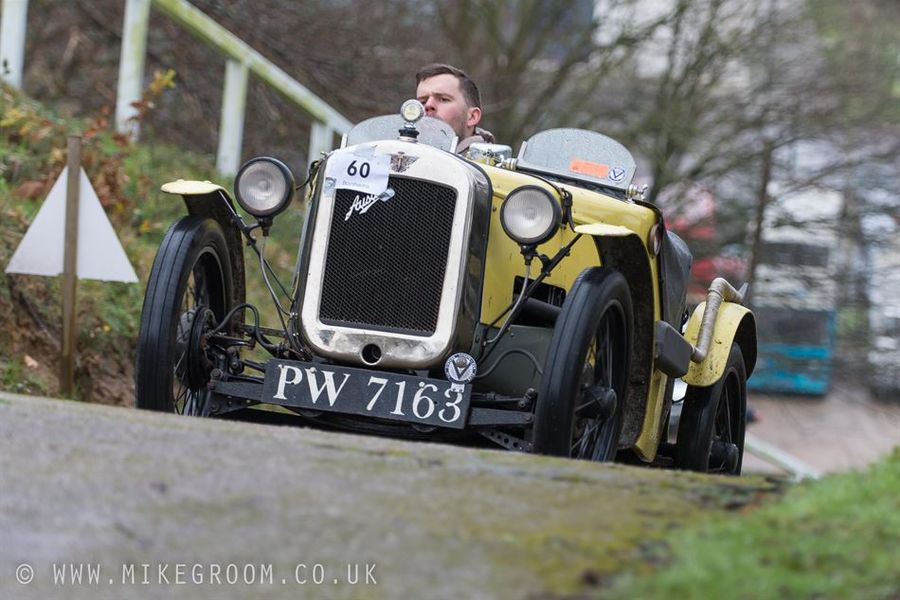 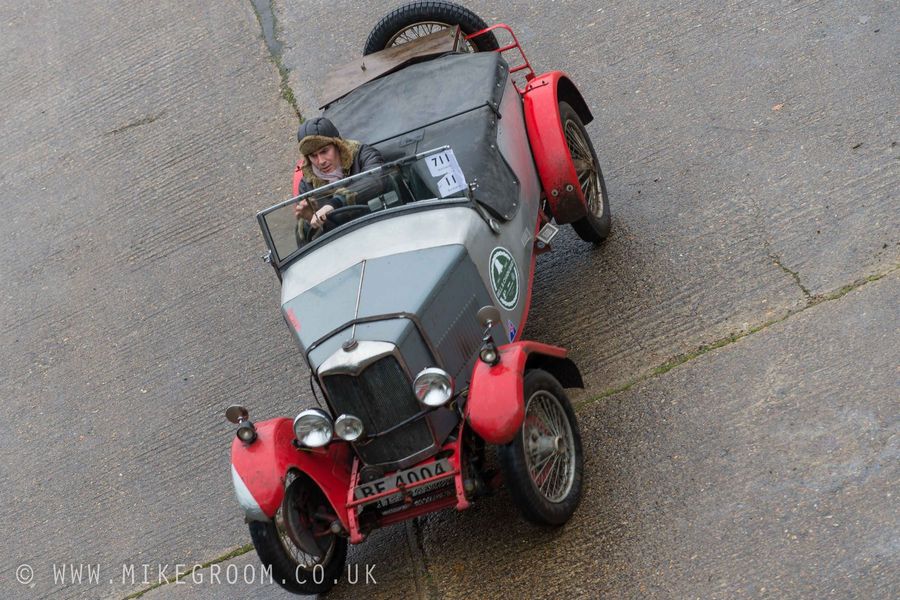 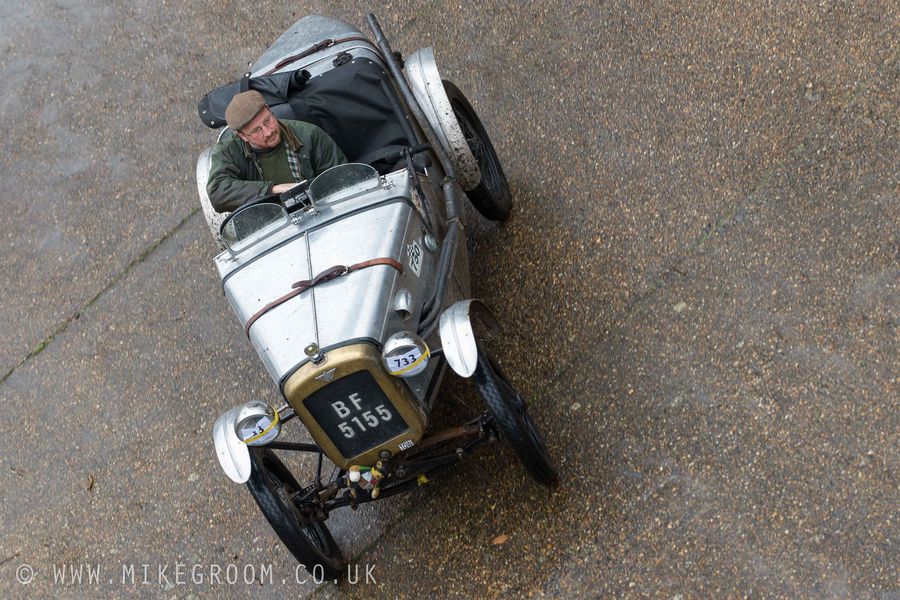 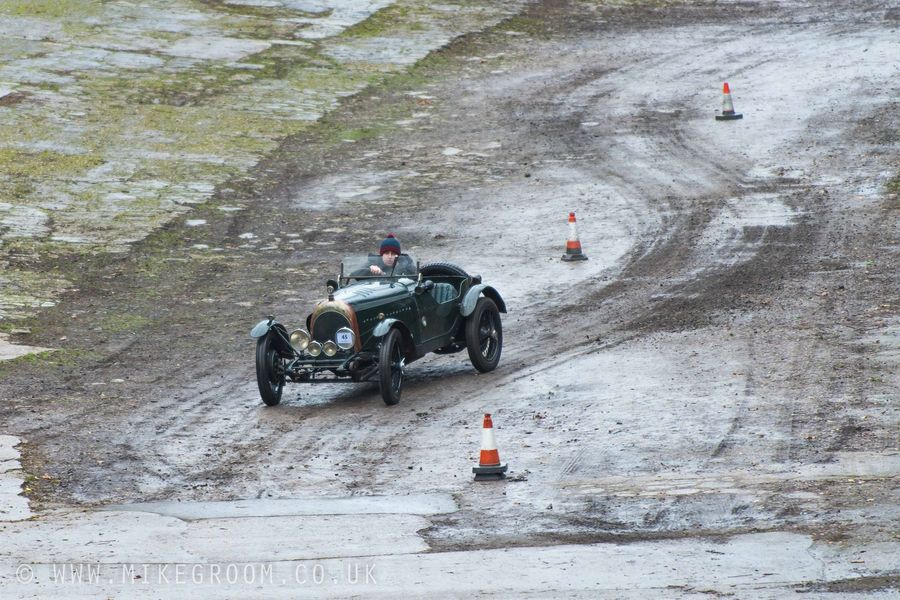 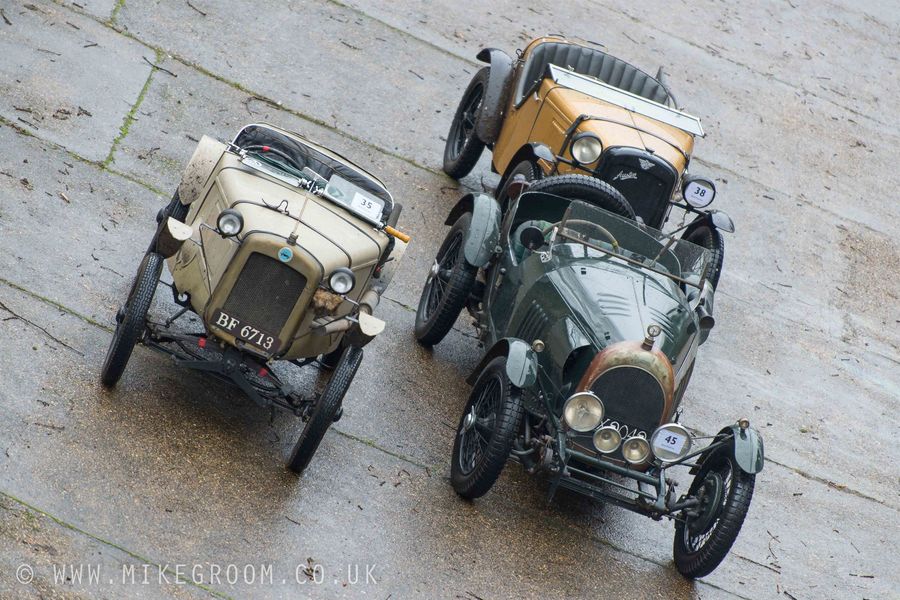 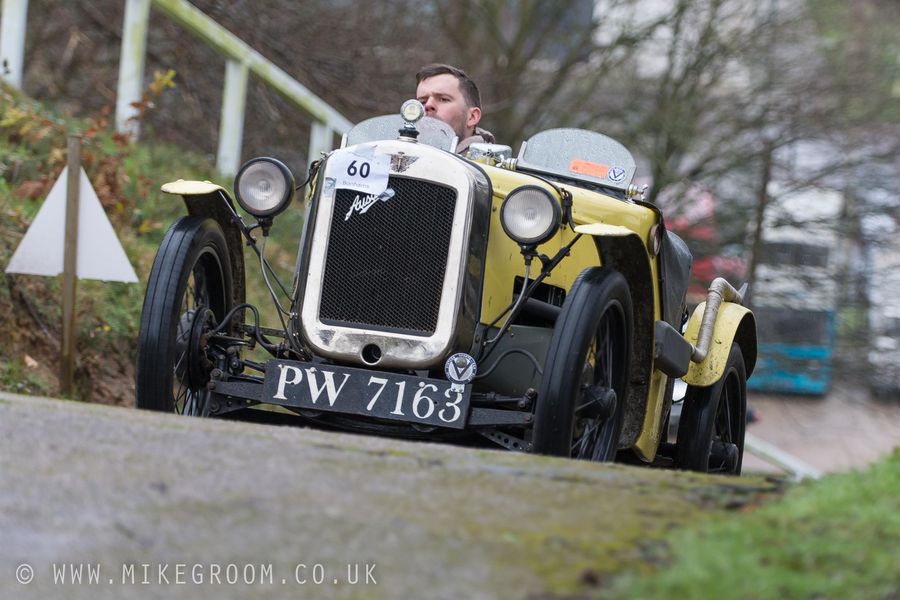 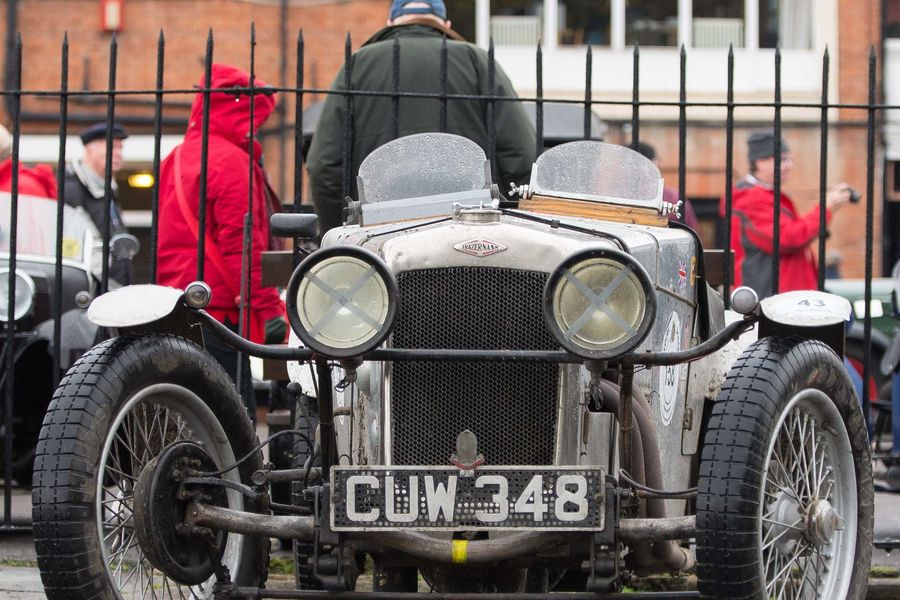 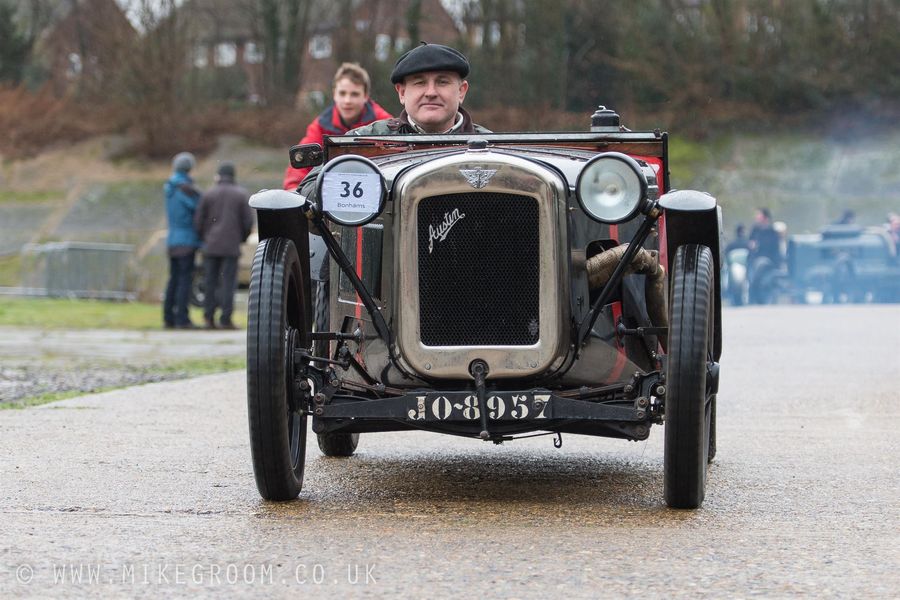 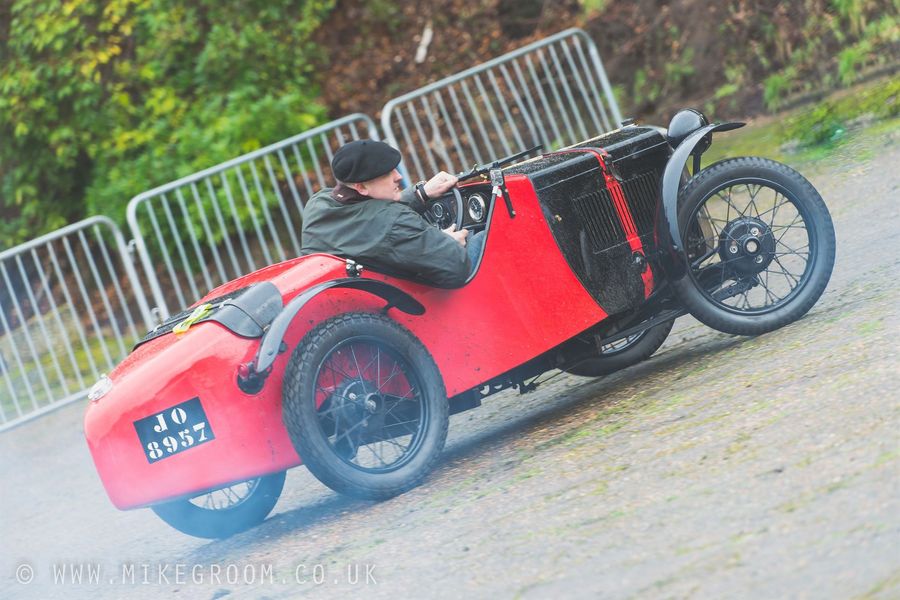 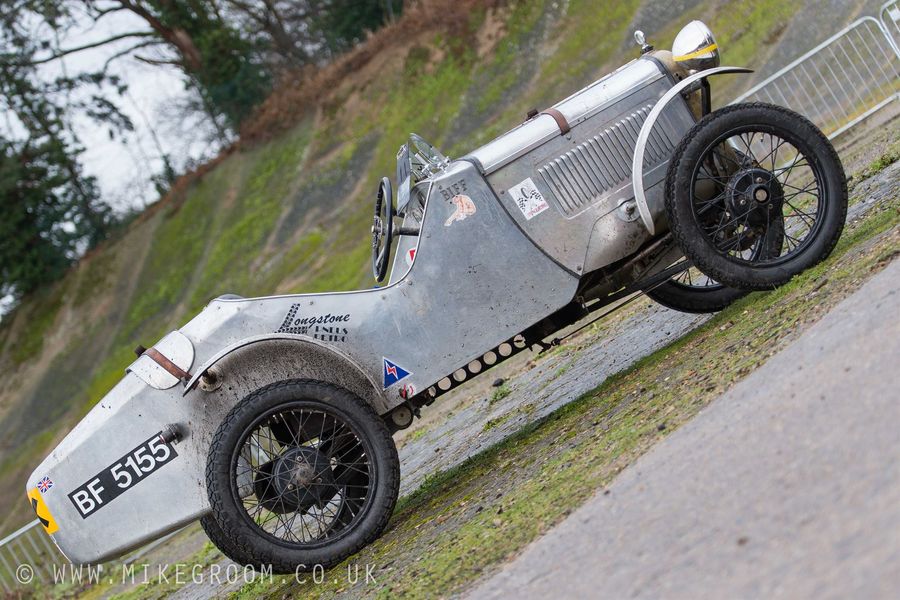 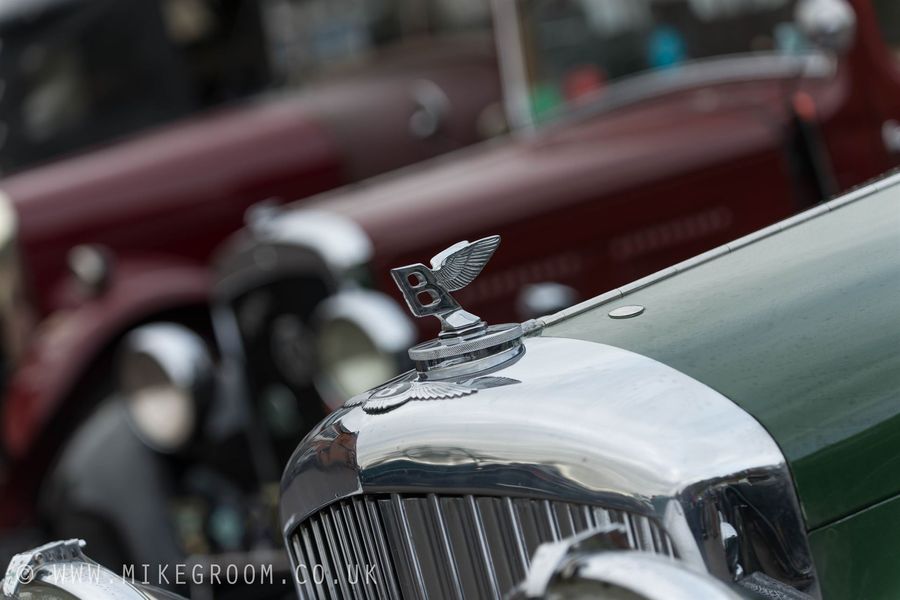 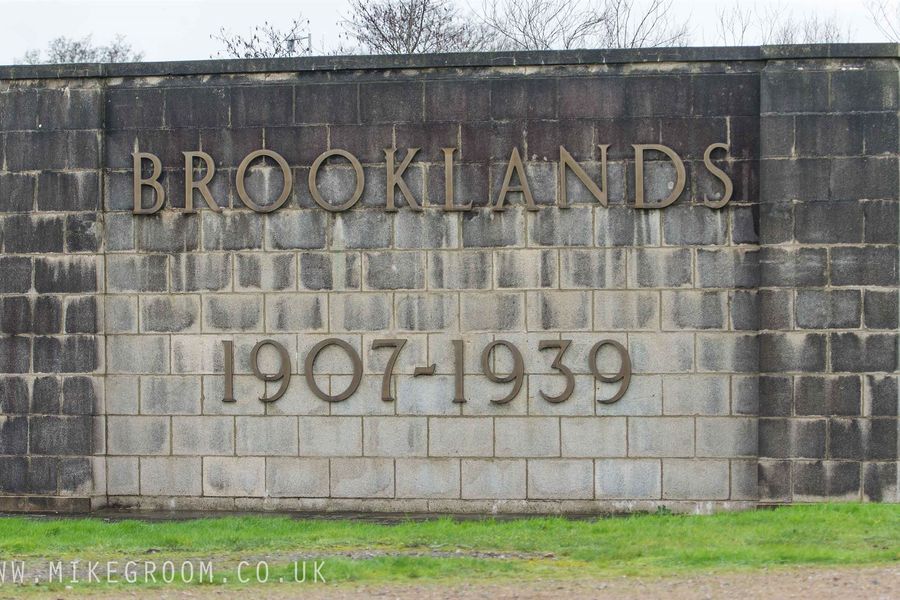 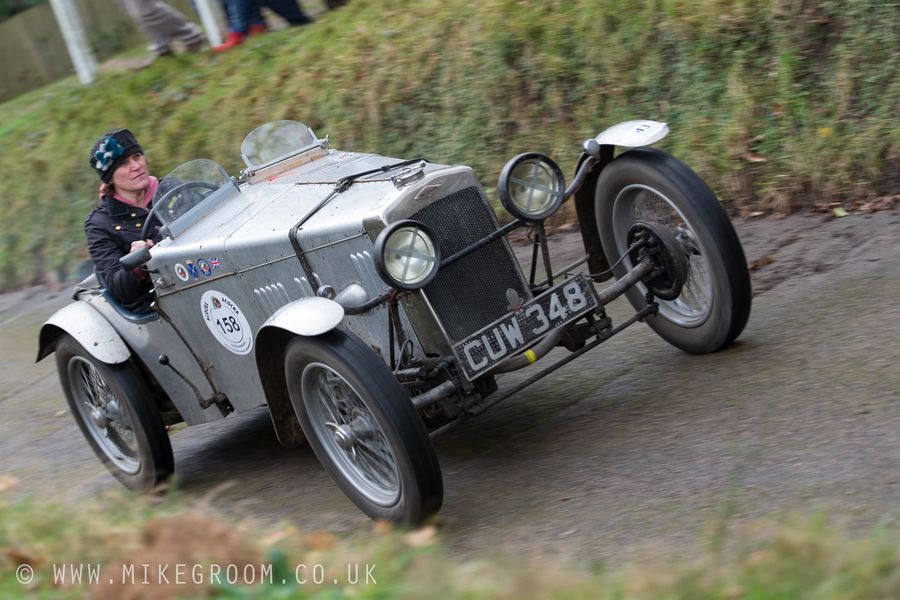 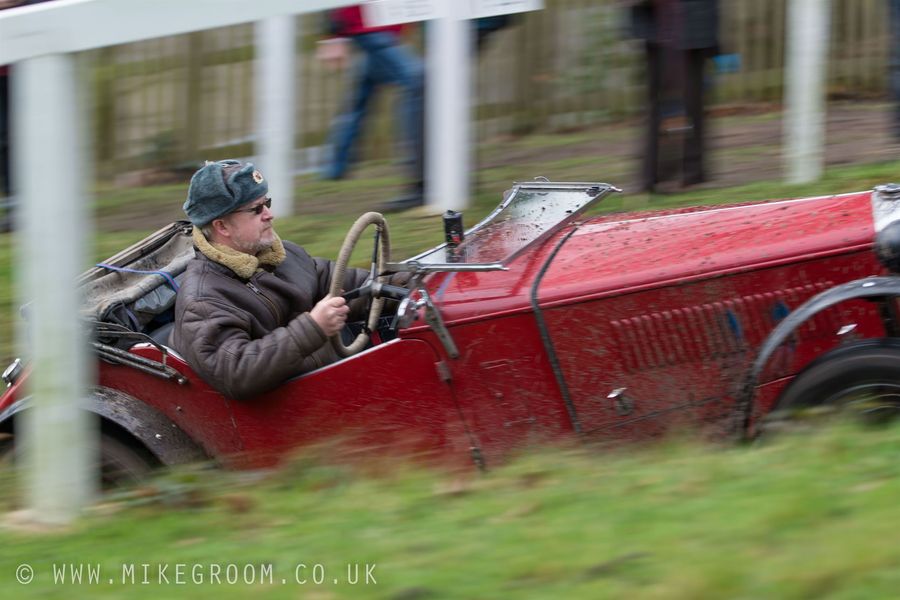 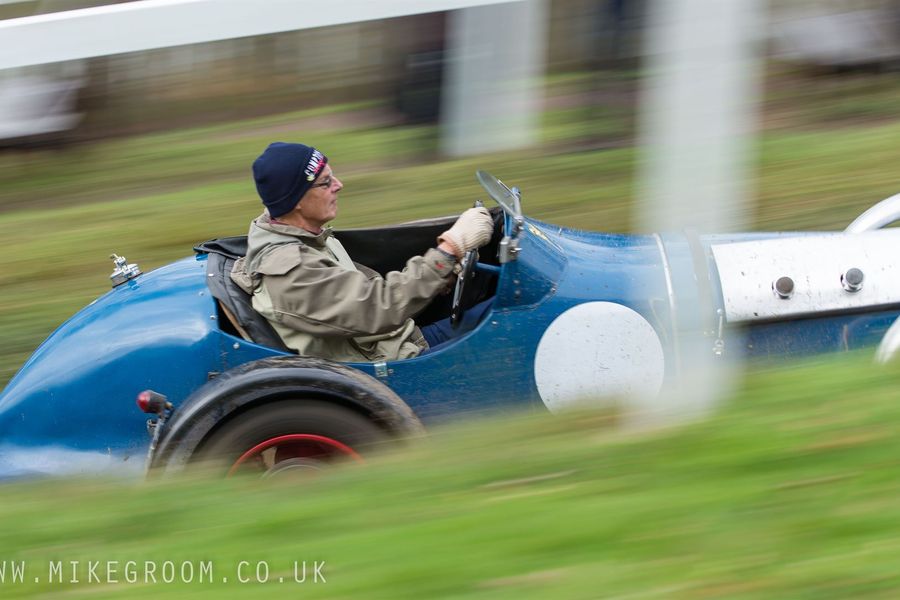 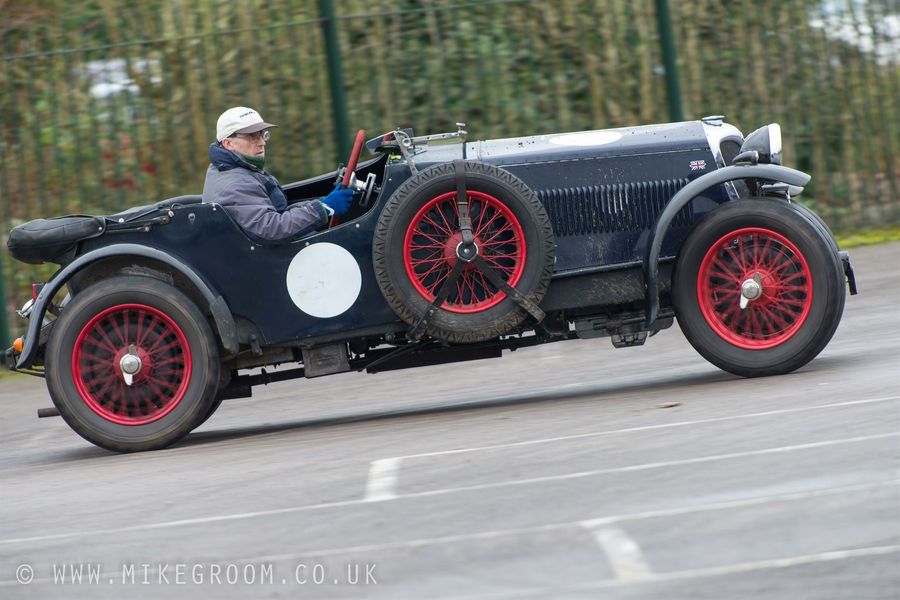 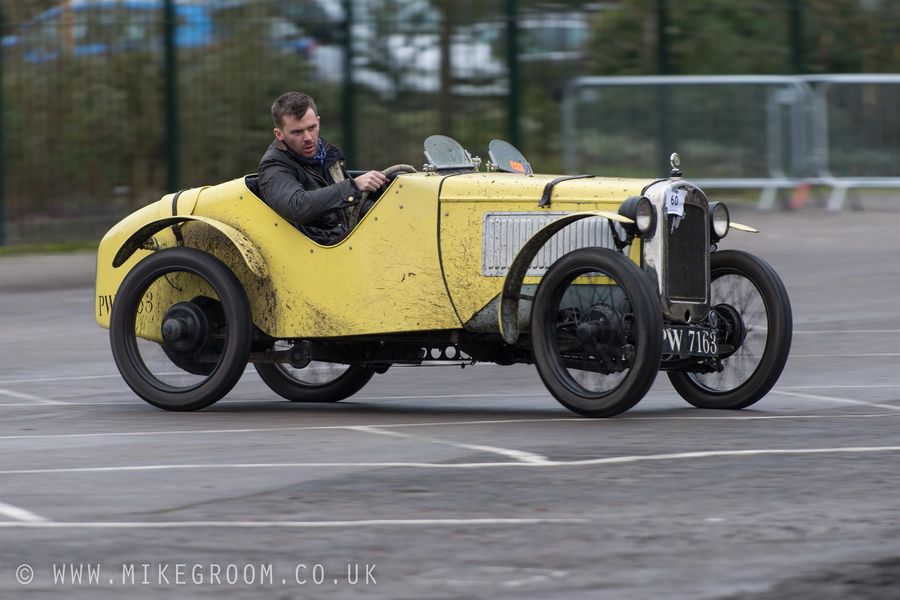 Click on the Gallery tab to see Mike Groom's pictures!
TIt was a second consecutive VSCC Driving Tests triumph for 22-year old George Diffey as he followed up his success at the Winter Driving Tests at Bicester Heritage in December with victory in the New Year’s event at Brooklands Museum on Sunday 31st of January.
The son of renowned historic racer Simon Diffey, George put on another impressive display in his 1930 Austin 7, setting the fastest time on twelve of the day’s fourteen tests to get the better of another of the club’s top young drivers, Charlie Martin in his Riley Special, as they enjoyed a close battle atop the Modified Sports-Cars class.
The pair were pushed close by experienced club driving test competitors, Mark Ballard and Alex Pilkington, who jointly topped the standings in the Standard Sports-Cars class in a Frazer Nash and Alfa Romeo respectively, whilst Paul Compton’s unusual Wolseley Aerees Special was again a challenger amongst the Modified cars, alongside the Austin 7s of Peter Clark and Andrew Marsh.
There was further success for the Vintage Sports-Car Club’s ‘youth movement’ in the combined Edwardian, Touring and Saloon cars class, where 19-year old Angus Frost – one of three teenagers amongst the day’s entry – claimed top spot in his Austin 7 Saloon, with 18-year old Madeleine Rose, the day’s youngest competitor, also a class award winner in her similar machine
Despite rainfall earlier in the morning, there was a strong turnout of spectators for this annual event at the historic venue, with many VSCC members and non-members alike arriving in their own pre-war cars, which formed an attractive ‘period’ display in front of Brooklands’ famous Edwardian clubhouse.
They were treated to an enjoyable competition amongst the day’s 60-strong eclectic entry of historic machinery, which also included an entertaining contest between the similar 1925 Trojan Utility models of Frazer Sloan and former VSCC Tony Stephens, whilst Tim Beckh’s J2 Sports won a fierce intra-marque battle of MGs, ahead of Colin Reynolds, whose 12/12 M Type was one of a number of cars to boast actual Brooklands period competition history, alongside the familiar sight of Mark Garfitt’s Frazer Nash/BMW 319/55 Sports.
The Vintage Sports-Car Club returns to Brooklands on the 18th and 19th of June, where it will once again co-promote the venue’s celebrated Double Twelve Motorsport Festival, as organisers of the weekend’s three competitive elements – the Speed Trials, Driving Tests and the Concours.
Simon Diffey VSCC Driving Tests Bicester Heritage Winter Driving Tests George Diffey Brooklands Museum Gallery