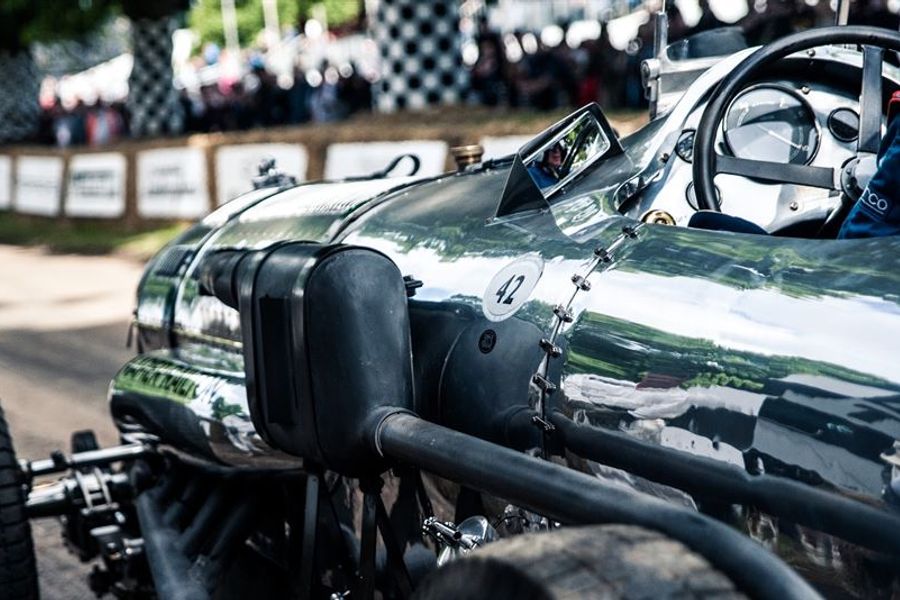 To celebrate 110-years since the opening of Brooklands, the birthplace of British motorsport and the world’s first purpose-built race circuit, the Goodwood Festival of Speed (June 29th to July 2nd), will play host to an incredible array of cars and motorcycles from the Surrey circuit’s history.

The brainchild of Hugh Locke King, from its opening in 1907 (the first competitive event was staged on June 28th-29th 1907 – 110 years to the day before the opening of this year’s Festival of Speed) until the outbreak of World War II, it hosted some of the sport’s most memorable characters. Assembled with the support of the Brooklands Museum, the Festival class will celebrate the diverse machinery that made Brooklands great.

Because Brooklands’ banking allowed sustained high speeds, it was the scene of many early Land Speed Record attempts, represented at FoS by cars like the Blitzen Benz, Fiat S76 and ‘Babs’. At the opposite end of the size spectrum are the tiny Austin and MG specials, and three-wheeler Morgans, which were a mainstay of club events, while the first British Grands Prix (held at Brooklands in 1926-27) are represented by a quartet of fabulous Delage 15 S8s. Pride of place goes to the Napier-Railton Special, in which John Cobb set the ultimate Brooklands lap record, at 143.44mph, in 1934. Together, they will be a fitting tribute to the pioneering spirit of Brooklands, the bravery of its drivers, and the creativity of its engineers.

With the outbreak of war in 1939, racing at Brooklands ceased, and the subsequent war effort had a permanent and devastating impact on the circuit – not least in the form of a runway that cut through the Byfleet banking. With the legendary Surrey track permanently out of action, the organisers of the pre-war races eagerly sought an alternative. Spitfire pilot Tony Gaze had already suggested to the president of the Junior Car Club, the Duke of Richmond (himself a successful racer at Brooklands, having won the 500 Mile race for Austin in 1930, and the Double Twelve for MG in 1931), that the perimeter track of the Goodwood airfield would make an ideal racing circuit. And so it was that in 1948 the baton of Britain’s motorsport legacy was passed to Goodwood with the inaugural JCC race meeting. The BARC merged with the JCC the following year, moved to Goodwood, and the rest, as they say, is history.

Saturday and weekend tickets to the Festival of Speed are now sold-out, with Sunday tickets limited and Thursday and Friday tickets selling fast.  Hospitality packages are available throughout the weekend.