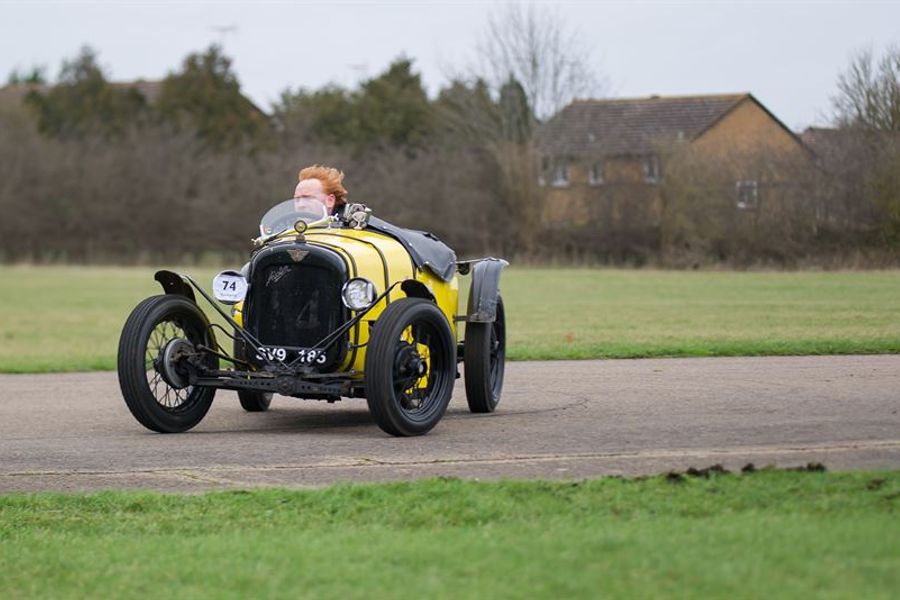 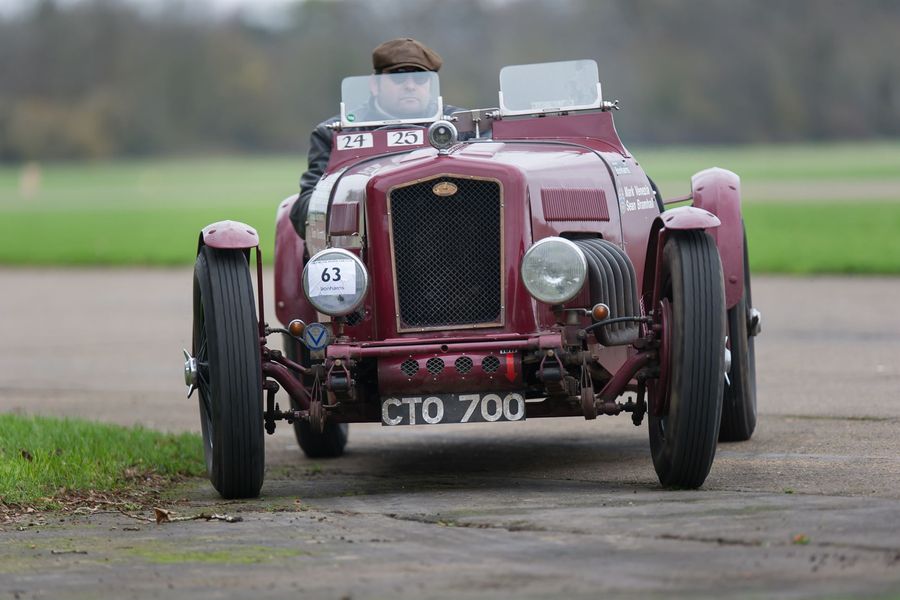 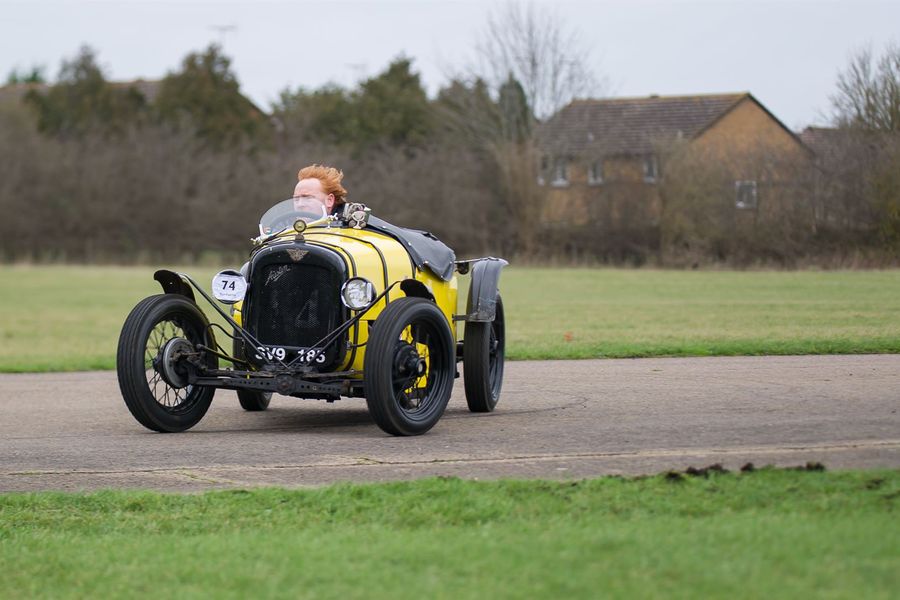 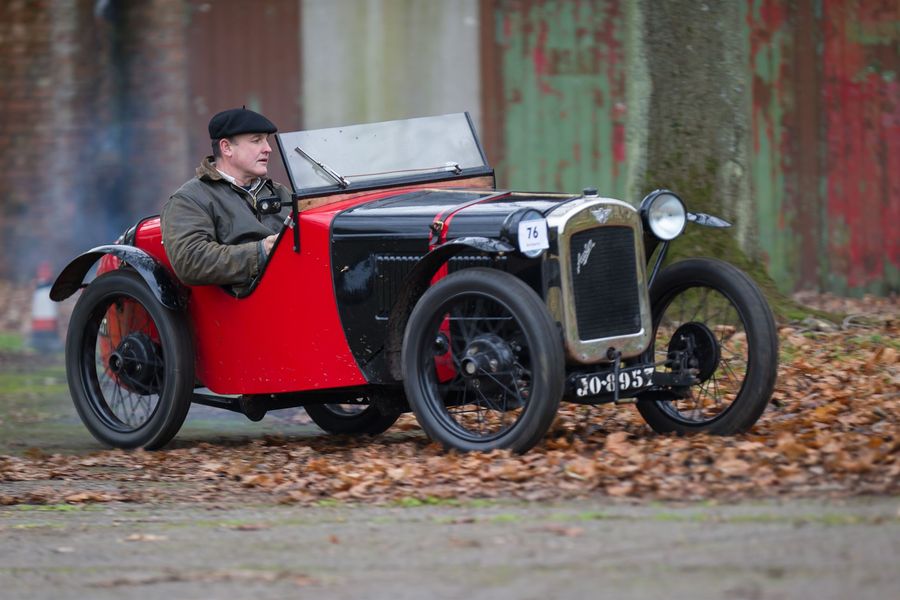 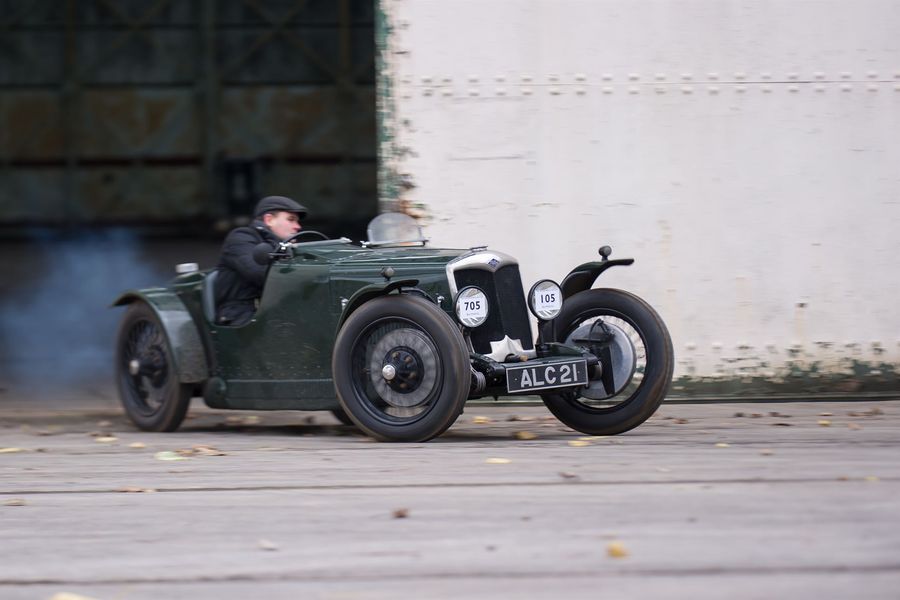 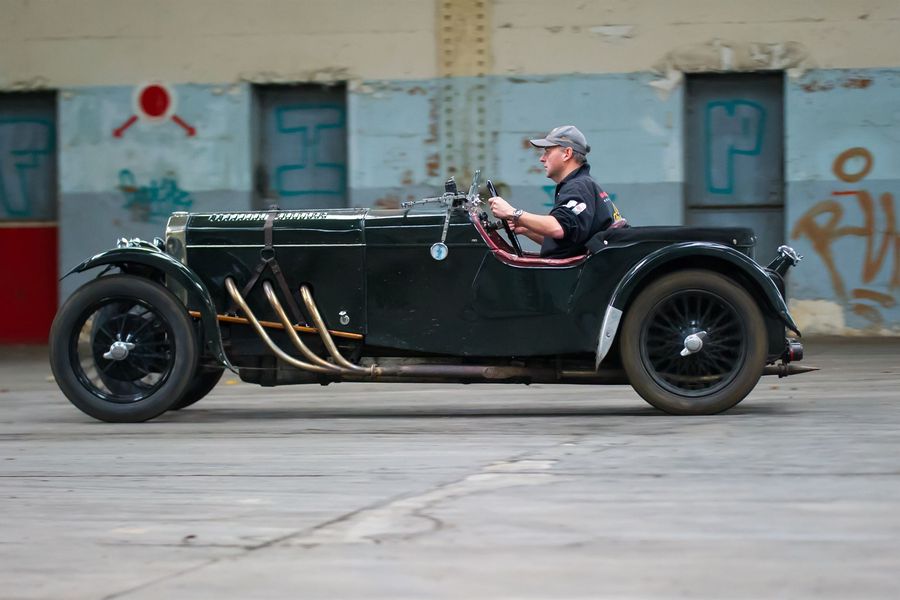 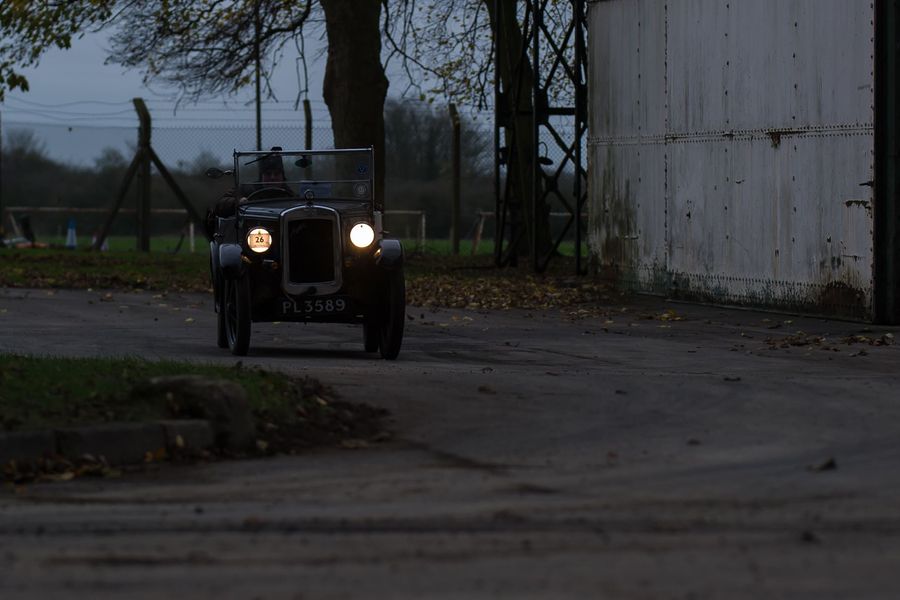 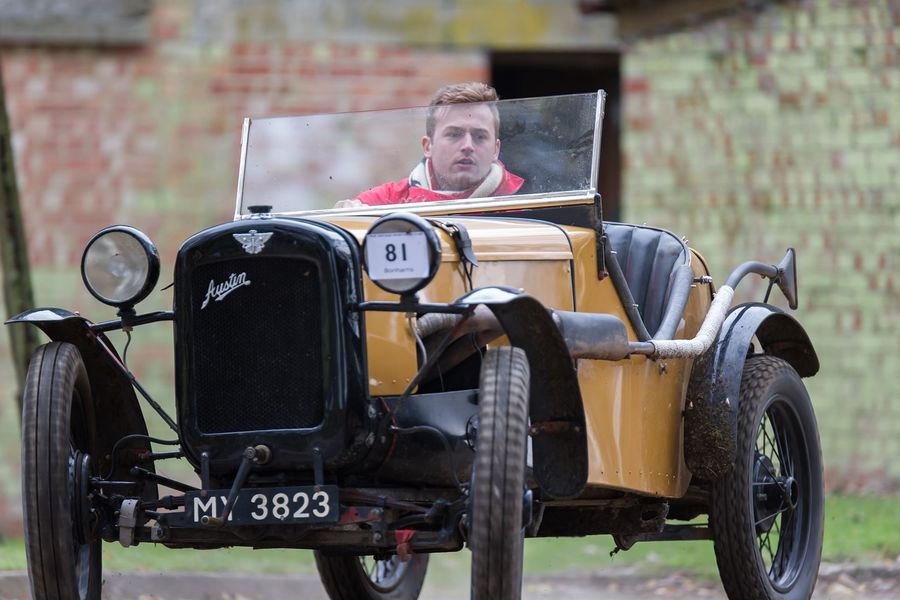 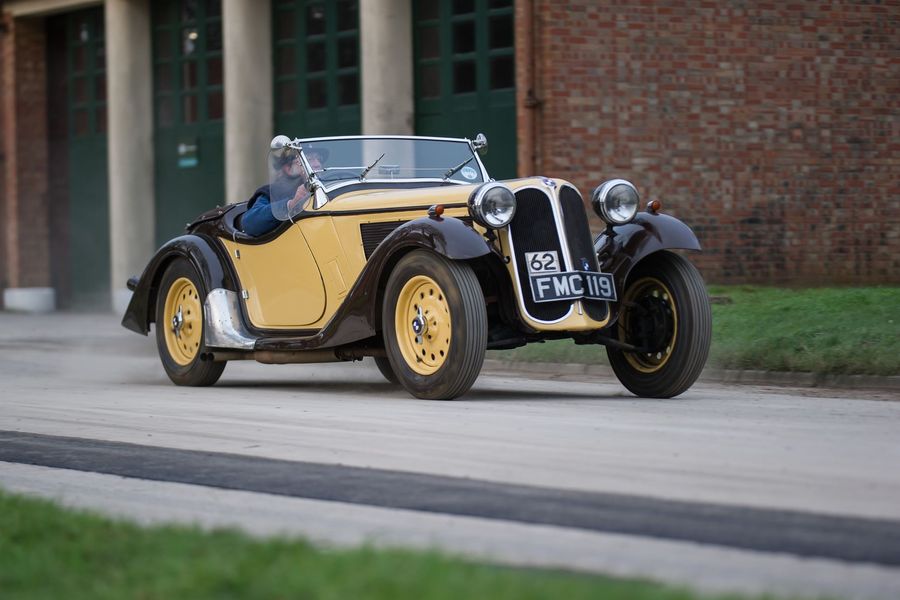 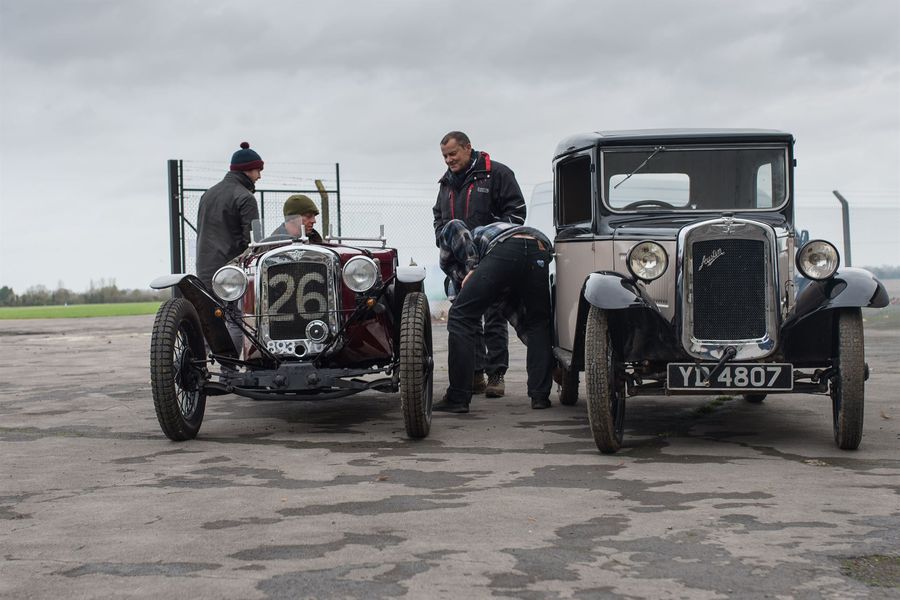 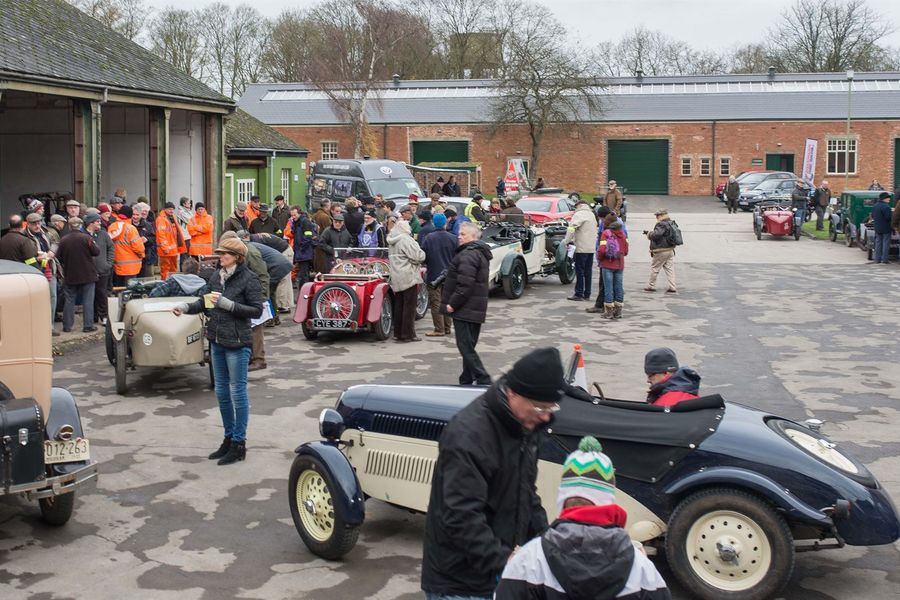 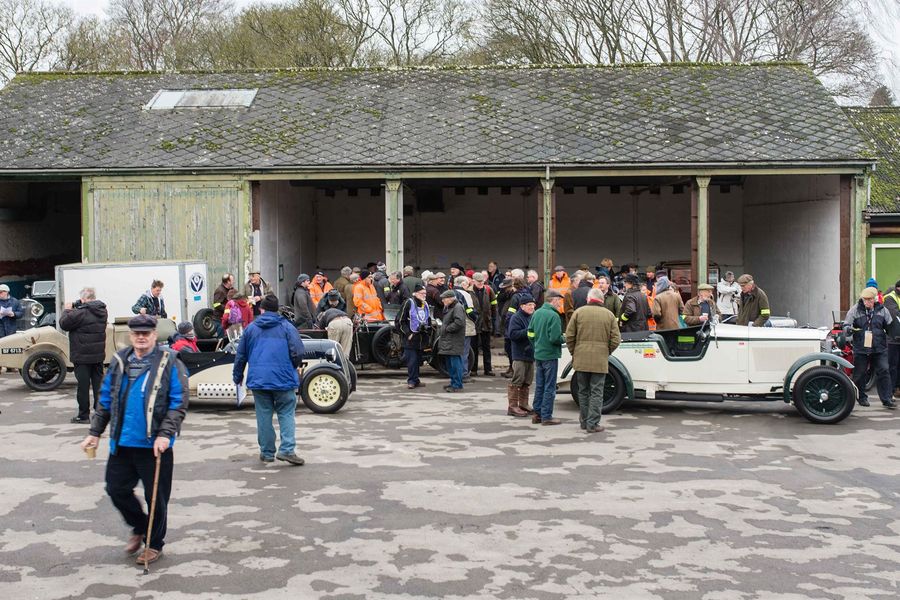 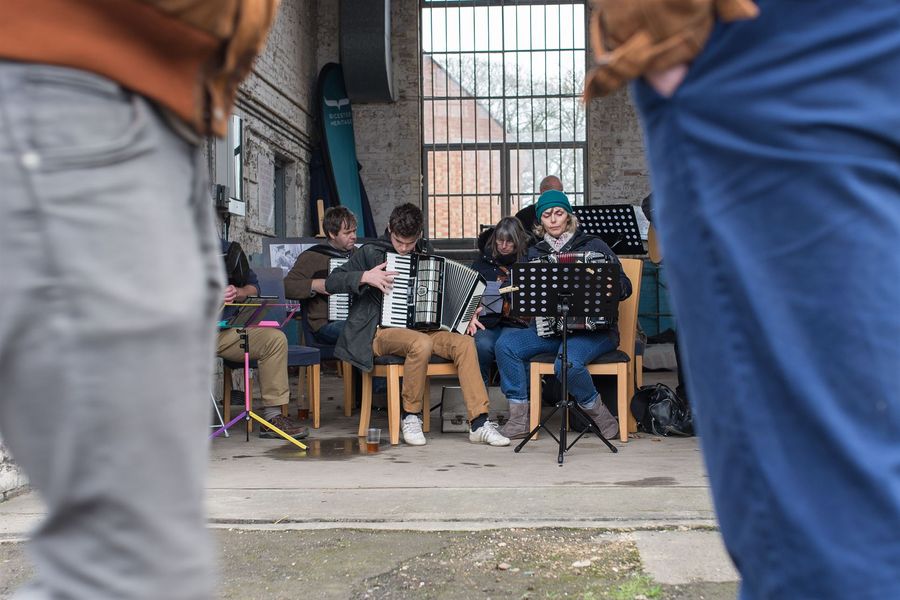 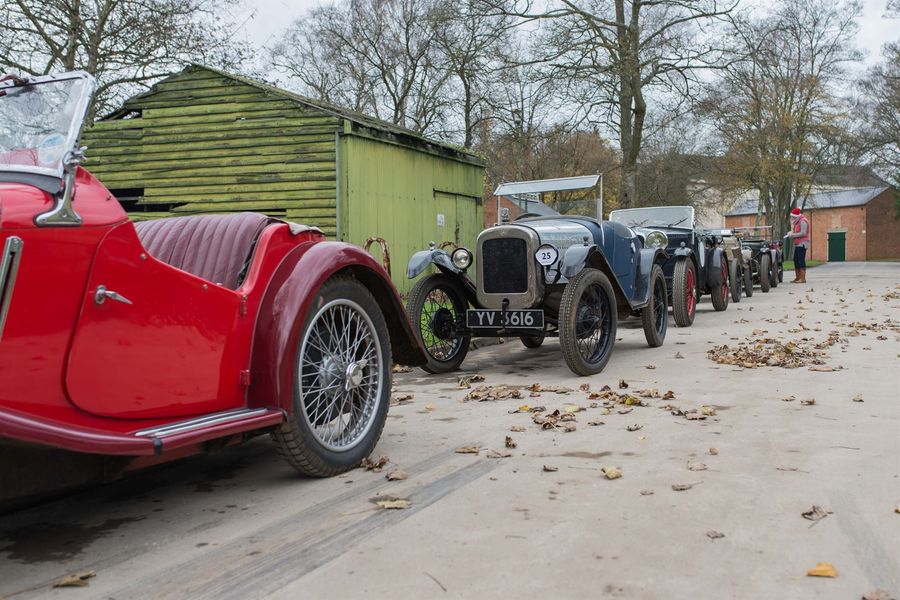 The VSCC's Winter Driving Tests at Bicester Heritage on Saturday December 5th saw a fine turn out of cars for the second year of the event at the atmospheric venue, and Mike Groom was there for us to capture some great machinery being put through its paces - click on the Gallery tab to see his images!
With over 70 cars entered in the five classes, the typically seasonal conditions and venue provided a stiff test. The eclectic mix of cars negotiated a series of tests throughout the huge Bicester Heritage site, a former WW2 airfield. Also open were the various businesses which now occupy the restored buildings.  One test included a trip into and out of one of the hangars, taken in particular style by some competitors!