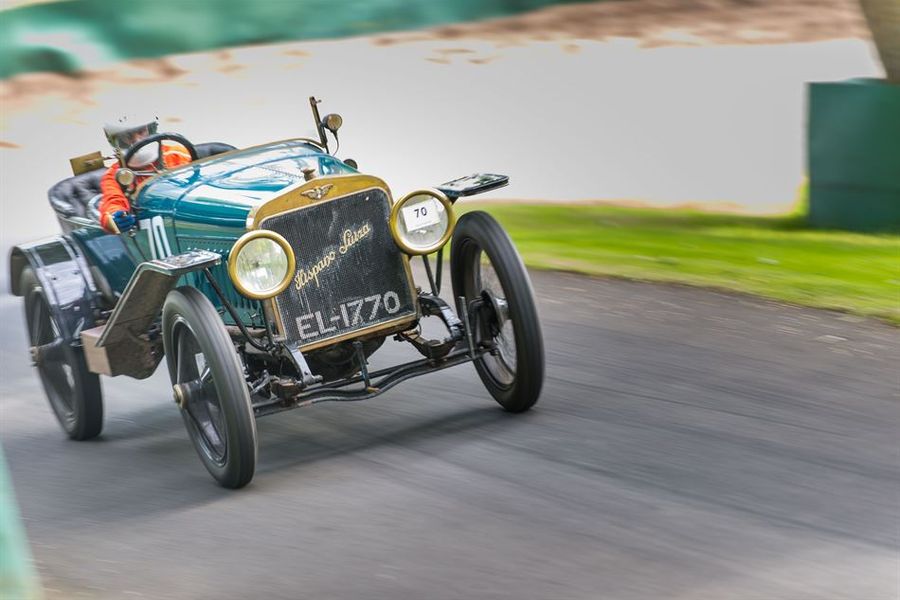 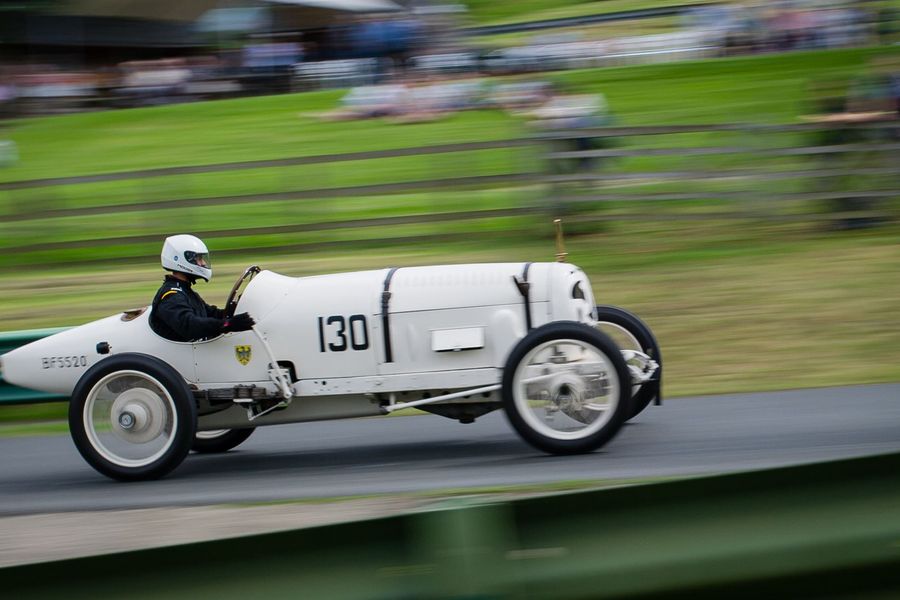 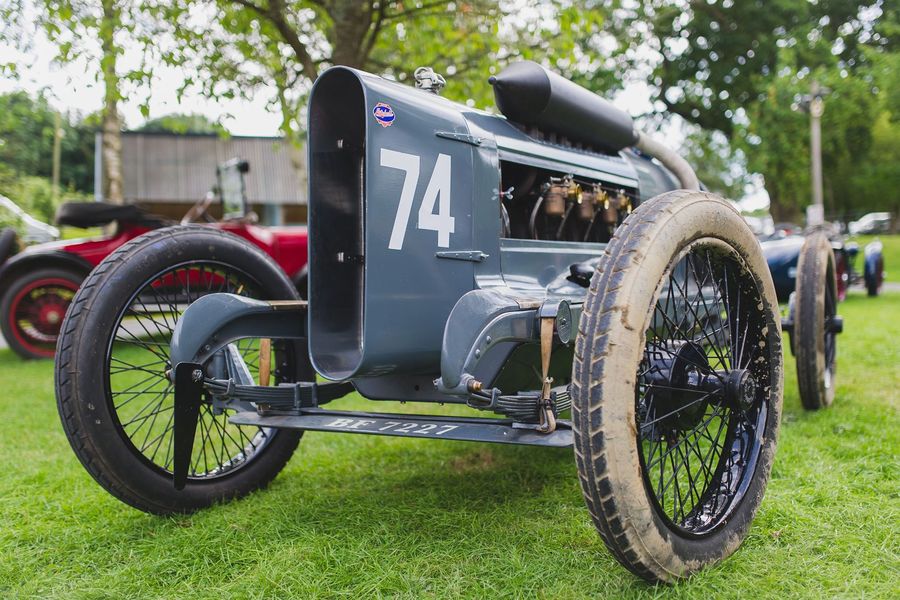 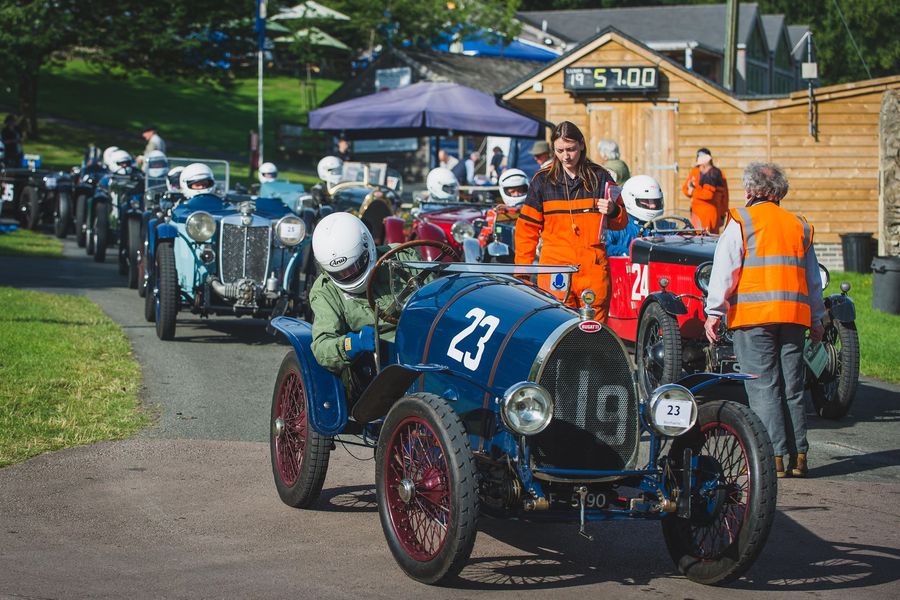 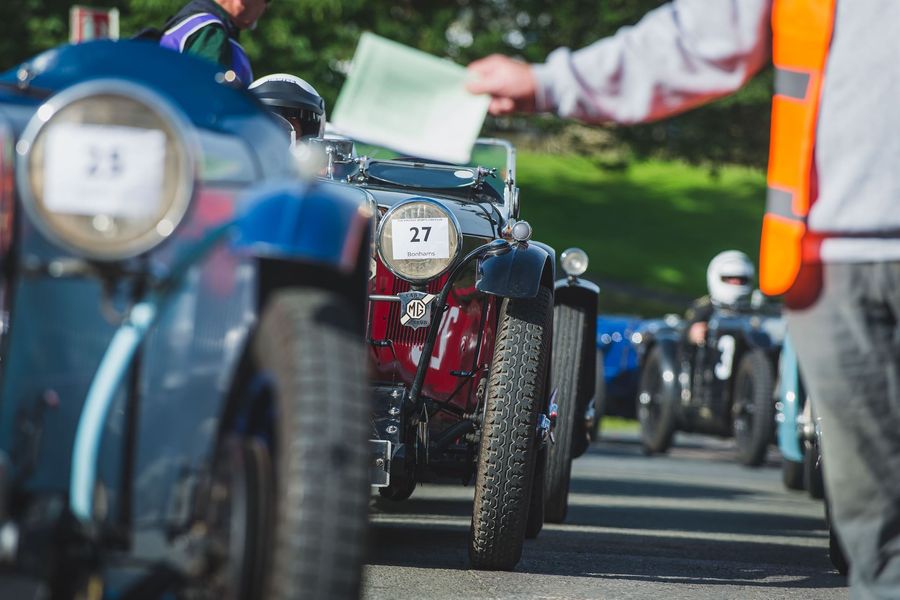 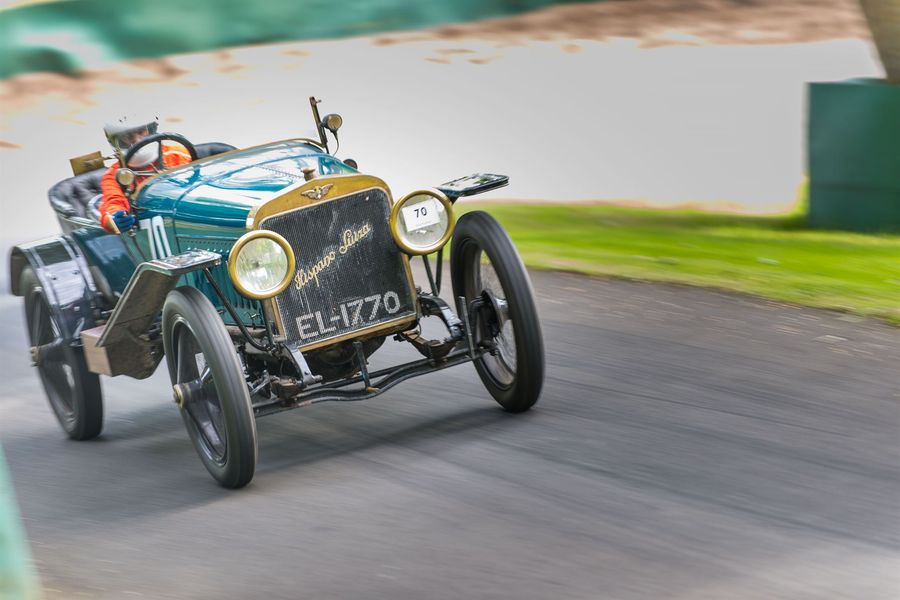 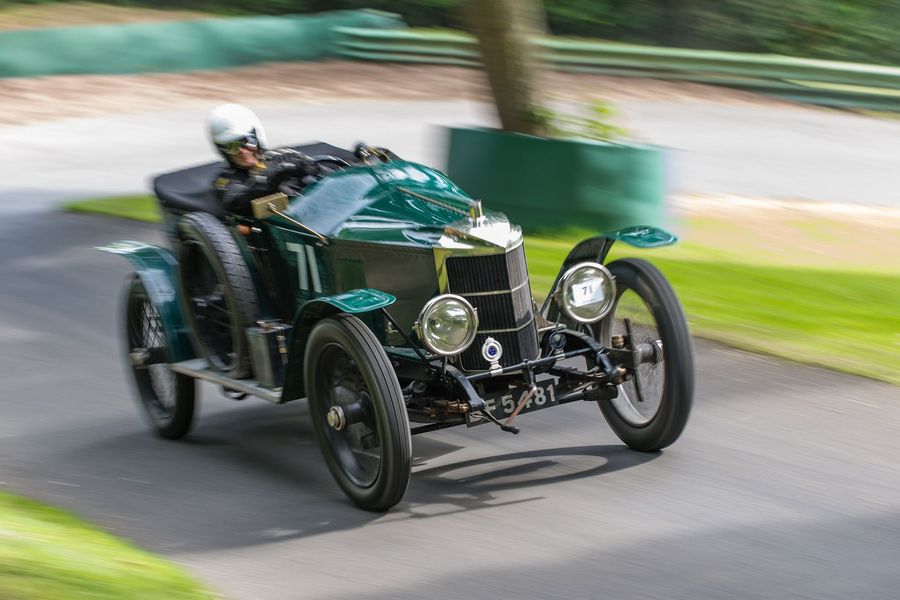 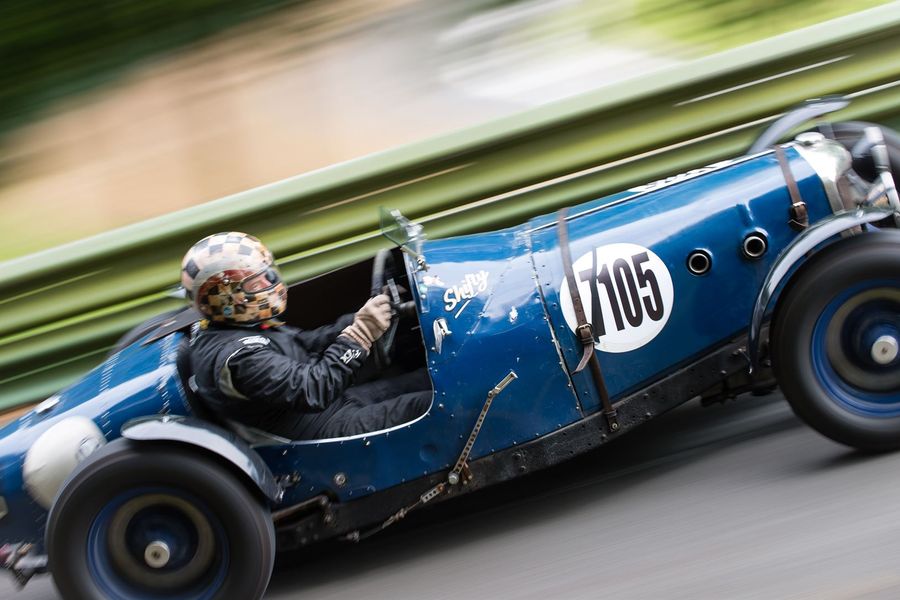 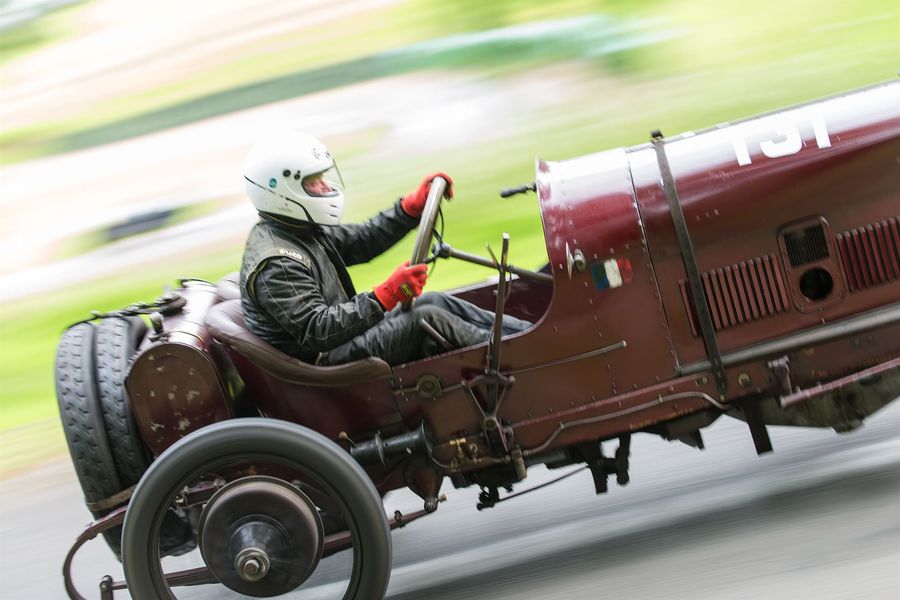 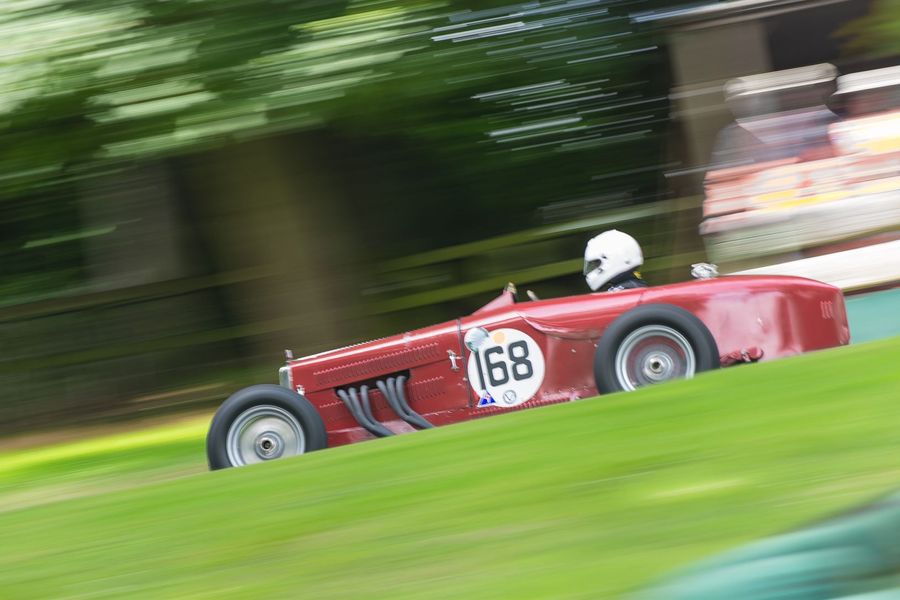 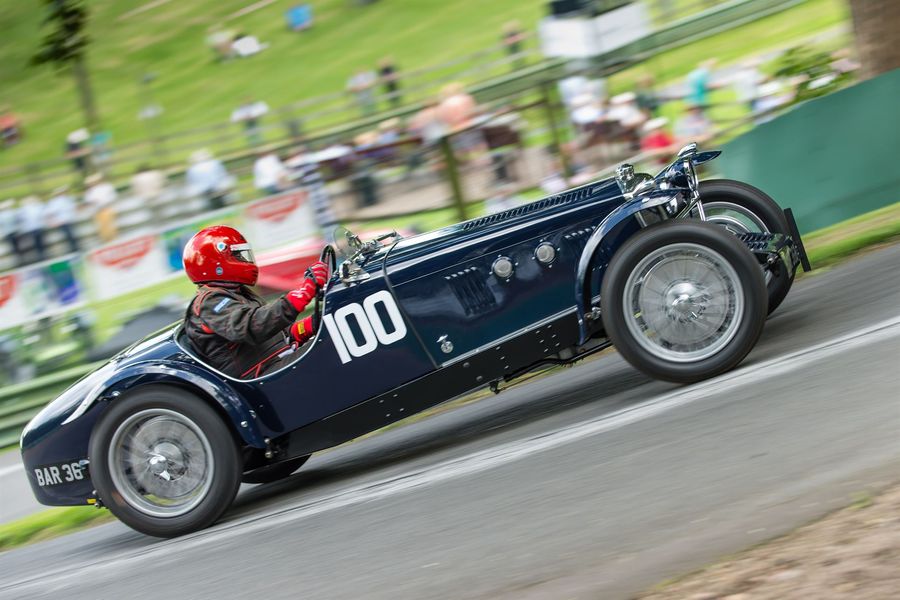 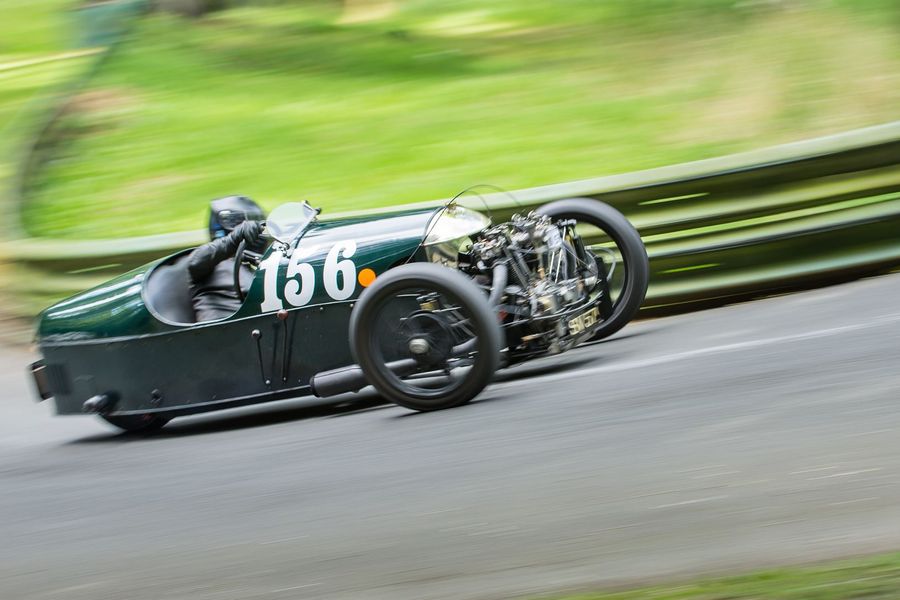 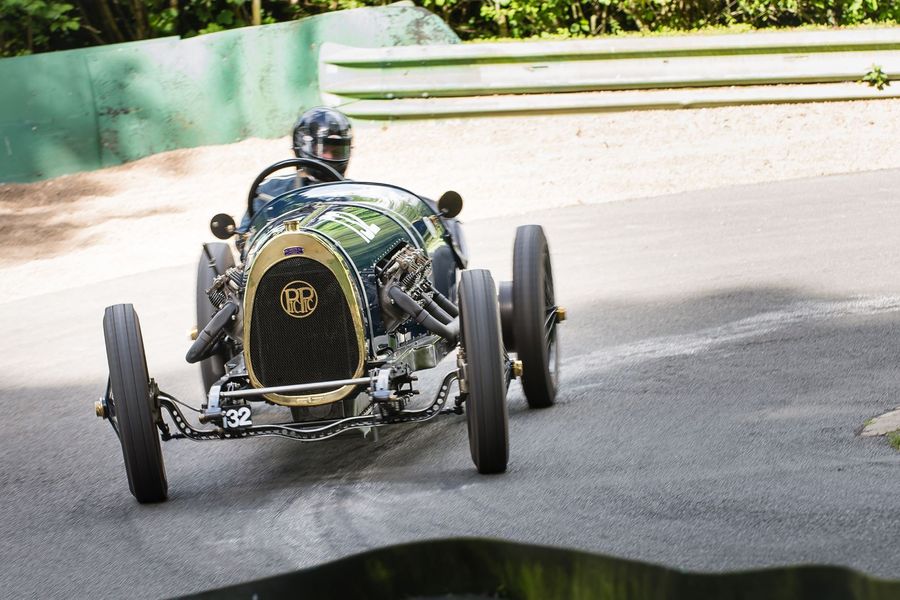 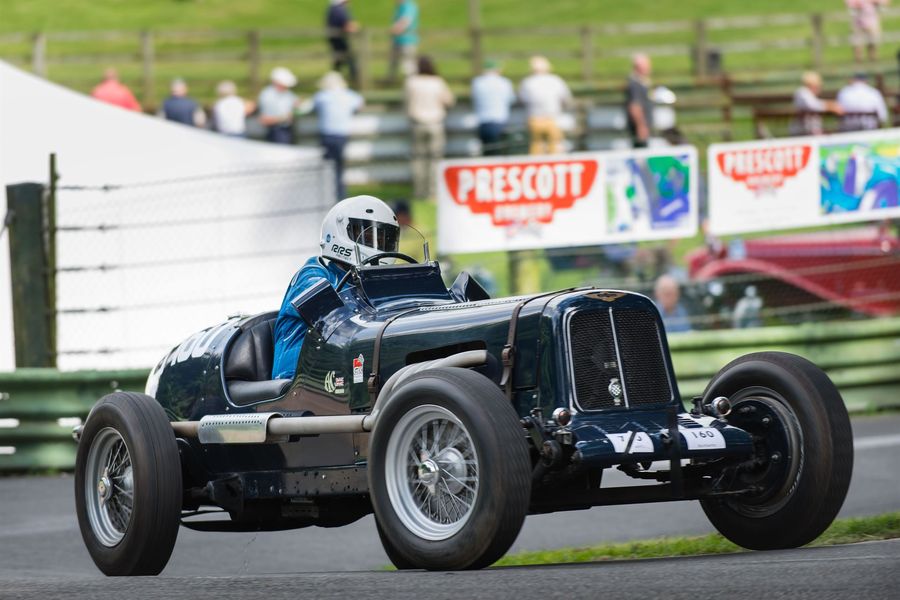 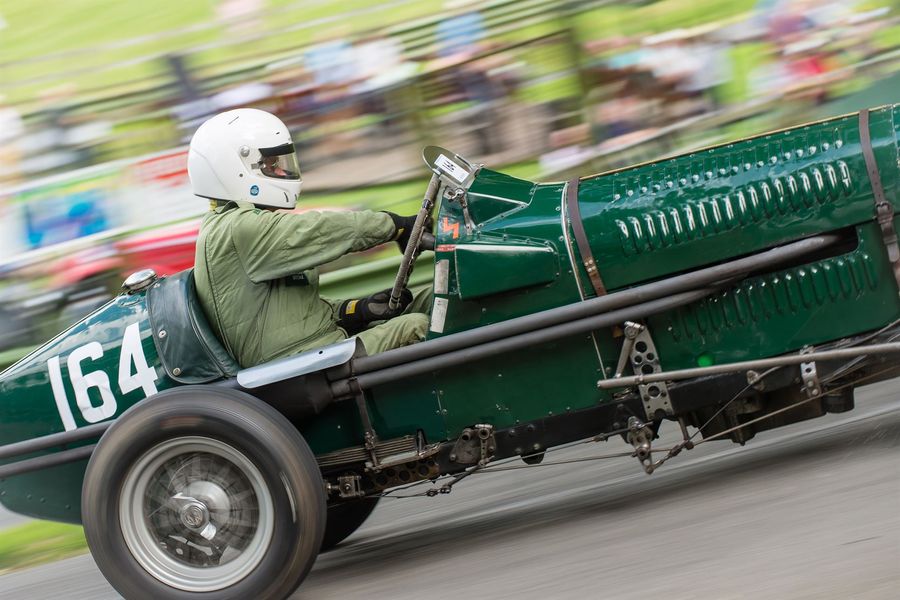 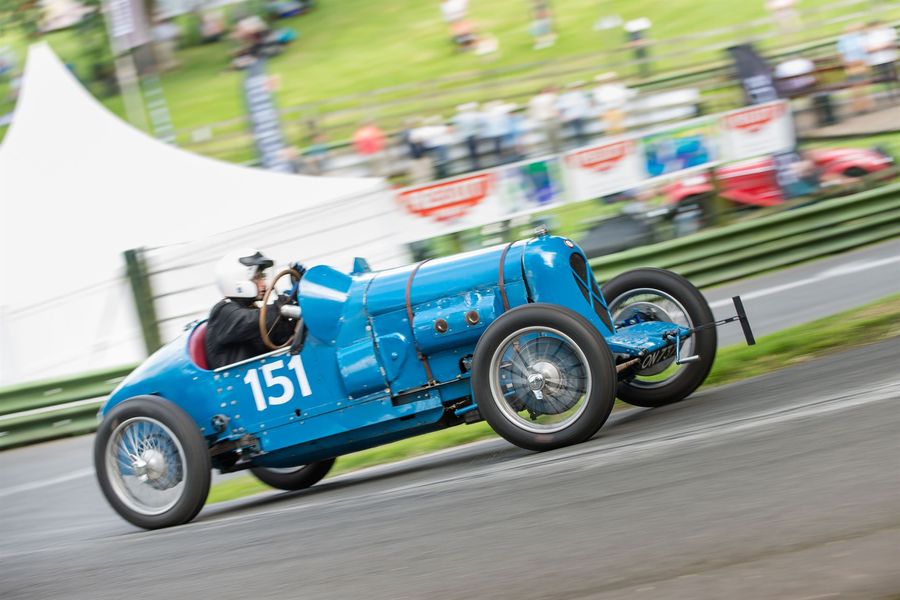 Click on the Gallery tab for pictures from Prescott!
The Vintage Sports-Car Club’s annual Prescott Vintage Speed Hill Climb summer weekend provided thousands of enthusiasts with three days of top class Hill Climb competition and host of other Vintage attractions from Friday 5th to Sunday 7th of August at the Gloucestershire venue.
The long-standing event at the home of the Bugatti Owners’ Club is firmly cemented in the historic motorsport calendar, with the first weekend of August each year a ‘Mecca’ for followers of the VSCC’s activities, as this year’s events attracted a capacity entry of over 300 of the finest Pre-war Racing and Sports-Cars in action across the weekend’s two elements, each counting as rounds towards the 2016 VSCC Speed Championship.
The track action began with Friday’s one-day contest on the venue’s ‘Long Course’ configuration, utilising the ‘Ettore’s Loop’ extension introduced in 1960 for only the third time.. The tight hairpin section again proved an enjoyable challenge for the day’s competitors, with the subsequent high speeds carried into the infamous Pardon Corner a vastly different experience to the traditional shorter route.
By the time of the afternoon’s timed runs, drivers were soon becoming more comfortable with the format – despite a stretch of oil left along much of the length of the course earlier in the day. New ‘Vintage’ and ‘General’ records were set across the majority of the day’s classes, as well as new overall VSCC hill records in both categories for the 1925 AC/GN Cognac of Tony Lees (52.77 seconds) and Nick Topliss in Brian Fidler’s ERA R4D respectively, the latter claiming the Fastest Time of Day title with a time of 49.52 seconds, the only sub-50 second run of the competition.
The day also marked a notable feat for past Club President Tony Stephens who made an historic 250th competitive appearance in an ERA, as he played the role of ‘Works Driver’ in Nick Topliss’s R4A. Presented with a special trophy to commemorate the occasion, the VSCC stalwart had clearly enjoyed his day, although admitted being out-of-form after several years out of an ERA driving seat, saying “the car was on top form, the driver not so much!”
A number of Friday’s competitors returned to take on the traditional ‘Short Course’ hill climb over the weekend, the very same used by the VSCC since the Club’s first event in 1938, with the exception of the intervening war years. Amongst those returning was Topliss, who again proved the class of the field as he led the way again in the revered R4D to claim his second FTD of the weekend, his time of 40.83 seconds almost a second quicker than his nearest rival.
There was another familiar face amongst the rest of the winners of the day’s prestigious silverware, as Mark Walker delivered yet another Edwardian victory in his imperious 1905 Darracq 200HP, improving his own Class Record by over half a second to an astounding 46.87 secs to defend his Sam Clutton Memorial Trophy crown. Less expected was Fastest Bugatti success for Ben Collings, as the regular Bentley pilot shared the Type 51 of Stephen Shoosmith to lead the standings of Molsheim machinery at their spiritual home and receive the Peter Hampton Tankard.
The event’s annual scrutineering award – the Silver Con-Rod Trophy – was awarded to Mike Mohr, whose 1935 Lagonda Rapier Single Seater was deemed the best presented car by the Club’s team of scrutineers.
Saturday Practice sadly ended with an incident on the last run of the afternoon for Peter Butler, who was involved in a rollover accident in his 1924 Bentley Special. Following treatment by event medical staff at the scene, he was transferred to hospital where he continues to receive further treatment.
Away from the track, there was plenty to keep visitors entertained throughout the weekend. The VSCC’s Principal Associates, Bonhams provided another impressive line-up of Pre-war cars from their forthcoming sales, including the ex-Dick Seaman 1936 ‘Red Dragon’ Aston Martin Speed Model, offered at their celebrated Goodwood Revival Sale on Saturday 10th of September, and the 1930 Bentley 4½-Litre Le Mans-style Tourer from the Robert White Collection.
A new addition this year were guided ‘Hill Walks’ by VSCC Hill Climb Champion, James Baxter, who shared tips and advice to crowds of competitors and spectators across the weekend.
Sunday also welcomed a stunning display of BMW machinery from the BMW Historic Motor Club UK to headline the annual Orchard Pre-war Car Park, in celebration of the German manufacturer’s 100th Anniversary in 2016. In addition to a fine selection of pre-war cars, the gathering also included motorcycles and some post-war examples, including a trio of Isetta microcars and Oliver Penney’s wonderful 1957 BMW 503, which took part in a lunchtime parade of the hill alongside two dozen other representatives.
Vintage Sports-Car Club Prescott Vintage Speed Hill Climb Gallery Prescott