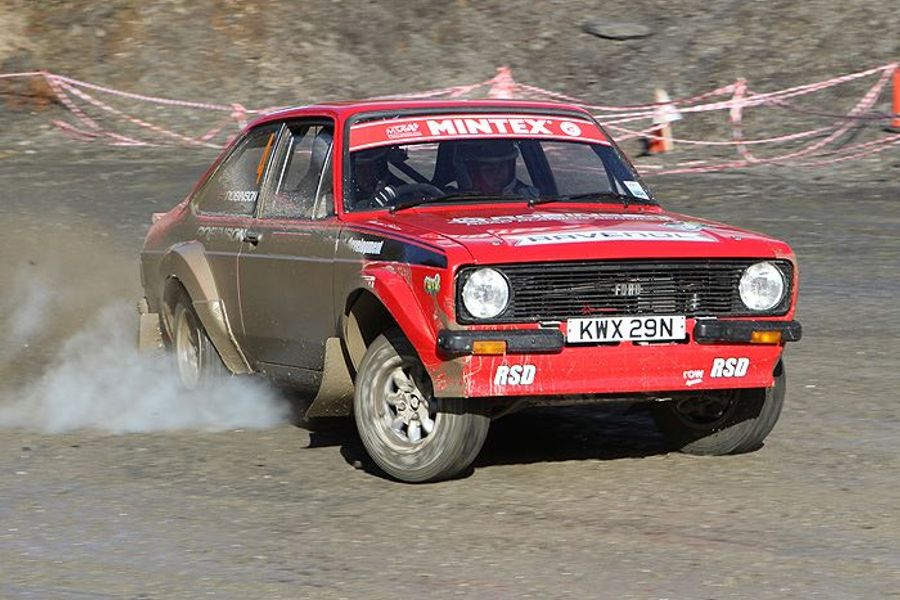 A bold new initiative has been launched in a bid to rekindle support for gravel rallying for historic and two-wheel drive cars.
Under the tag of Rally2WD, the new concept has been created to try and reverse the alarming decline in the number of entries on many gravel rallies this season, a decline that is widely regarded as a key result of the change to running order on rallies.
Events choosing to adopt the Rally 2WD concept will effectively run two back-to-back rallies: the first one for all two-wheel drive cars, including historics and the second event for all four-wheel drive cars. The concept allows both events to run within one day, with all stage action running between 9am and 5pm while fully meeting all MSA requirements.
Rally 2WD has been developed by three Shropshire-based enthusiasts and after extensive discussion with organising clubs, it is expected that Rally North Wales and the Red Kite Rally will be leading events running to this format in 2018. Uniquely, the Pirelli Rally has already run to this format and the 2016 and 2017 events received widespread acclaim from historic crews.
Simon Wallis, on behalf of Rally 2WD explained: “It has become very clear that gravel rallying is in a perilous state and a significant number of 2017 events have lost money. That is an unsustainable situation and the organising clubs cannot be expected to keep on losing money. At the very least they should be running at break even and preferably making a modest profit for the huge amount of work put in by the organising teams.”
Rally2WD has been developed to encourage back the groups most adversely affected by the move to a single field based on performance. The historic and lower powered front-wheel drive entries have been decimated as a result and it is those competitors that are the target for Rally 2WD, along with all other two-wheel drive cars, historic or modern, that have disappeared from the sport.
The statistics are alarming: in the three years since the changes to running order were put in place, the average entry of 1400cc cars has dropped from 43 cars to 18, while the average historic entry has dropped from 67 to 37. In the historic Category 1, for pre-1968 cars, the average field has gone from 13 cars to two cars.
Wallis continued: “If we don’t get some of the disaffected crews back into the forests next year, they could be lost from the sport forever. Some rallies are on the brink of collapse and once events are lost, they are unlikely to return.”
The impetus for a revival among these competitor groups is boosted enormously by the outstanding work of Rally4Wales, which is delivering greatly improved stages across Wales by diligent and thorough re-grading after events. Reports from the first half of 2017 are hugely encouraging and can only underpin the potential resurgence of the sport over coming seasons.
The concept for Rally 2WD events will put the entire two-wheel drive field through all stages first to complete their competitive mileage, followed as soon as possible by the four-wheel drive field. It is expected that the work of Rally4Wales will ensure that the four-wheel drive cars will still enjoy very good road conditions. This opens up the possibility of four-wheel drive crews being able to complete the event without the need for an overnight stay.
The new plan is particularly suited to events that have limited road mileage between stages and a service area close to the forests. All event planning will have due regard to the requirements of the MSA’s Rally Future regulations and will be in-line with the regulations regarding the role and responsibilities of the MSA Safety Delegate.
More details about Rally2WD and the rallies adopting this format will be announced in the coming weeks.