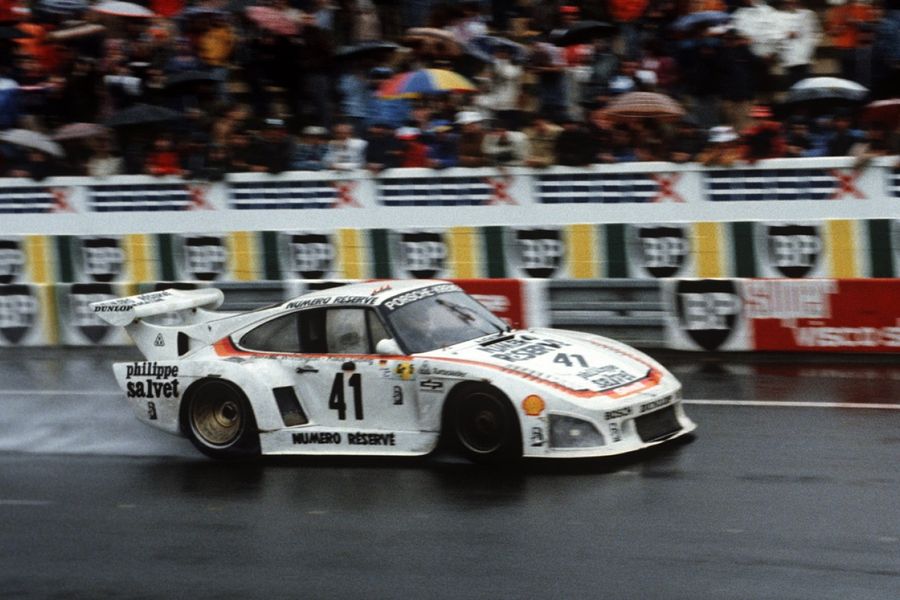 Les vingt-quatre heures du Mans had been in my DNA for years. My great uncle, Frank Hurn, had been Managing Director of Smiths Industries for most of the 1950s and '60s and the company not only made instruments for virtually all the then-strong British motor industry, but also owned Bluecol antifreeze (remember that?) and both Lodge and KLG spark plugs. KLG was a major sponsor of Le Mans in the 1950s and a Smiths contingent was always in attendance. Part of that contingent was my father who went from 1956 to 1965. So every June my dad would disappear for a week and then come back with a programme, a model car and perfume for my mother (some things don't change!).

So my brother and I rekindled the flame in 1979. It was a very different world then and a trip to Le Mans was an expedition. Brother Mark had a company car, and hence we loaded up his Fiat 131 Mirafiori estate with food for the week and set off. It did not occur to us that we could go and buy food whilst in France and we arrived with several loaves of sliced white bread, numerous tins of baked beans, bacon, sausages and eggs. Sorted. 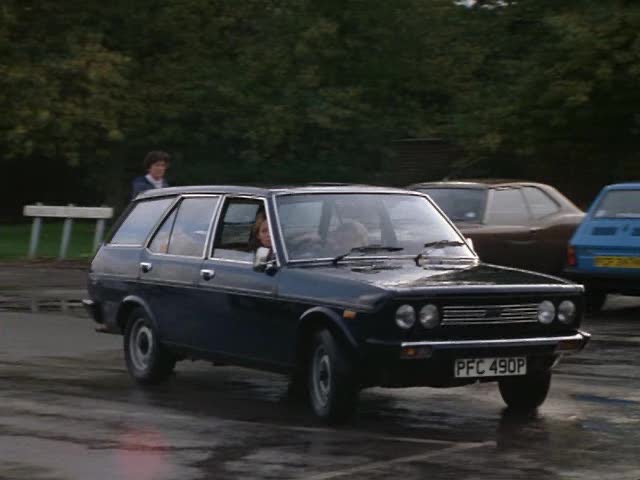 On arrival at the circuit on Wednesday afternoon we were met by the sound of racing engines. We had intended to arrive earlier but the prospect of a somewhat basic diet for the next few days had prompted a stop for a good lunch en route. The journey from Calais was itself an adventure. No motorways or even dual carriageways in those days, you drove through every village and town, so the opportunities to stop were everywhere, although the journey itself took six hours, before allowing for stops. They were happy and more innocent times and I still look back on those journeys fondly.

Part of that innocence was that we had no idea where we were going to stay. The Mirafiore was loaded with a tent and all the gear but we had not even thought about booking in advance. We have all seen the serried ranks of signs attached to lampposts pointing to 'Garage Bleu' or (in those days) 'Panorama' and we decided that Garage Vert sounded good. After a long way round we found an open five-bar gate which was between us and the noise of racing cars. We were in!

Driving through a pine forest, we had little idea where we were, simply that we had arrived on the hallowed turf. Turning a corner on the woodland track (still having seen nobody, official or otherwise) as the designated driver, I was suddenly faced by..... racetrack. Directly in front of me, twenty five yards from the front of the Fiat with nothing between me and the circuit. Quelle horreur! I stopped for a minute and then decided to chance it, a sprint start, wheels spinning, saw the ‘repmobile’ lurch across the racetrack and safely disappear onto the woodland path on the other side. Phew! It was only the following day that  I realised that it was the Bugatti Circuit we had crossed, and my palpitations had been in vain.

I had never thought that I would be pleased to see a French official, but we soon found one who welcomed us to the Camping des Tribunes and relieved us of our Francs. In 1979, and for a few years afterwards, there were no marked-out pitches. You took as much space as you wanted in the, then heavily wooded, site in as haphazard manner as you pleased. We pitched our tent as close to the circuit as we could, which looking back now, was where the gravel trap for the more recent Dunlop chicane now is.

Knowing that there were cars on the circuit, we left the Mirafiori where it was and went to take our first look. Now you have to remember that this was a very different circuit from the present one. Cars were flat out from the exit of the Ford Chicane right down to the Esses. No left-right flick before the Dunlop Bridge and the replica Craner Curves on the other side were years away.

So my first sight of a car, any car, on the track at Le Mans was as I stood next to the famous Dunlop Bridge that I had seen hundreds of times in photos. And the car? An Essex sponsored Porsche 936 driven by none other than Jacky Ickx. Flat chat before he jumped on the brakes for the Esses at the bottom of the hill.

A lifelong love affair had started.

There was an incredibly complicated series of ticketing which I am sure nobody fully understood. Spectators were segregated by the ‘General Admission’ and the ‘Tribunes’ passes. General Admission got you access to the Esses and Tertre Rouge, but not further towards the start/finish line than the Dunlop Bridge. The system gave occupants of the Tribunes campsite full tickets to both areas so the trip from the campsite meant going from the site, which was part of the Tribune ticket (where you were handed a passout confirming you had left the Tribune area) into ‘General’ and when you crossed the Bridge, turned left where you showed you Tribune ticket and  gave back your passout. The same thing happened in reverse on the way back. Still with me?

By the time raceday came, we were seasoned professionals with the ticket situation although the toilets and showers were an experience probably better missed.

There was no Radio Le Mans back then and the sole way of following the race was by listening to a five minute update at ten past every hour, day and night, on the PA, delivered by Bob Constanduros. For every update a tight huddle of Brits would be seen below each speaker, each clutching paper and pencil, writing down the running order and the retirements, before scuttling off to try to analyse the news. Understanding the full story and nuances of the race would have to wait until the following Thursday when Autosport was published.

The race was won in dramatic style by the Klaus Ludwig and the Whittington brothers and, in spite of the infrequent English language coverage, we all understood that Paul Newman, Hollywood legend, might just win this race. To this day I feel aggrieved that Steve McQueen is forever associated with Le Mans whilst Newman is the man who actually raced and deserves far more credit for doing so.

The story of the race is well documented, although, in common with the majority of the population, we could not have understood the stories of the murky connections by which the Whittingtons paid for their racing. That would come out some years later.

Long before my professional involvement with the coverage of the race, I continued to be a visitor to the ‘Camping des Tribunes’. A few years later most of the trees were cut down and the pitches marked out in regimented rows. The magic had gone and it was time to move on to a different French home, the Galaxy Hotel in Le Mans city, for the next few years. But that’s another story...

This article first appeared on DailySportscar.com in April 2020.