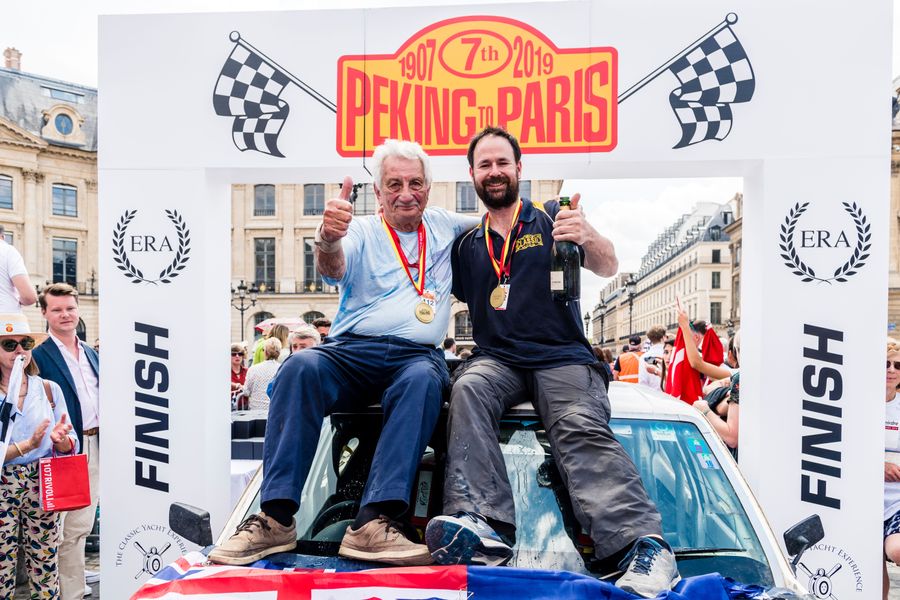 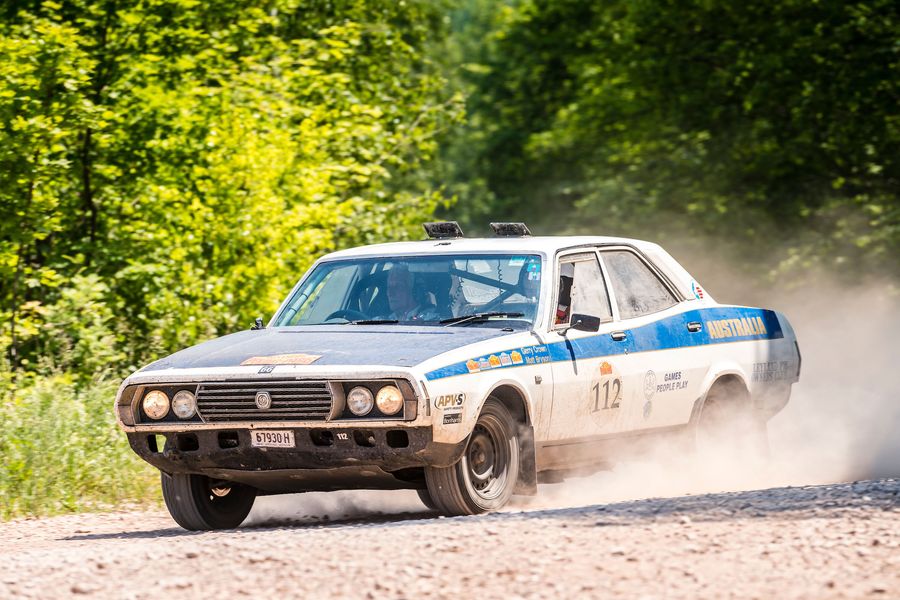 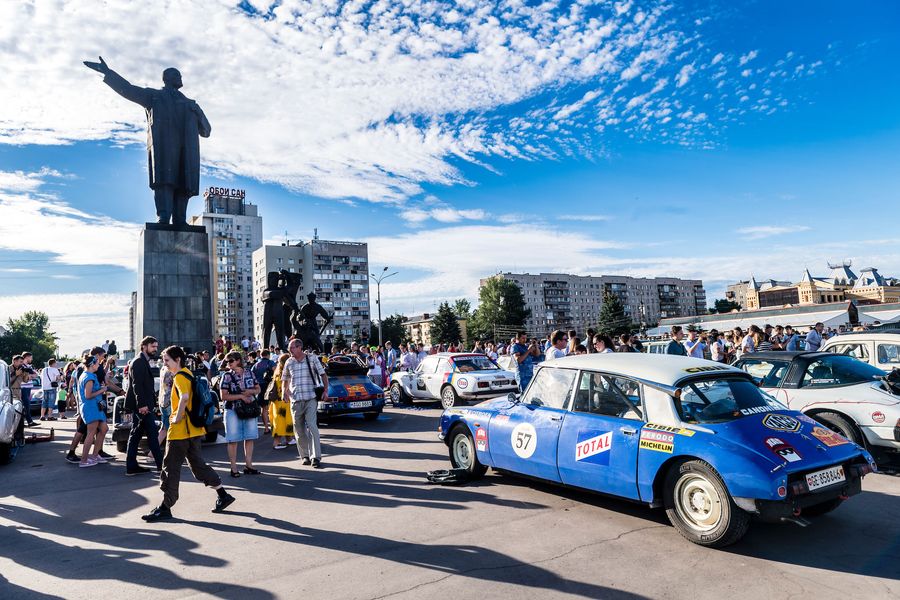 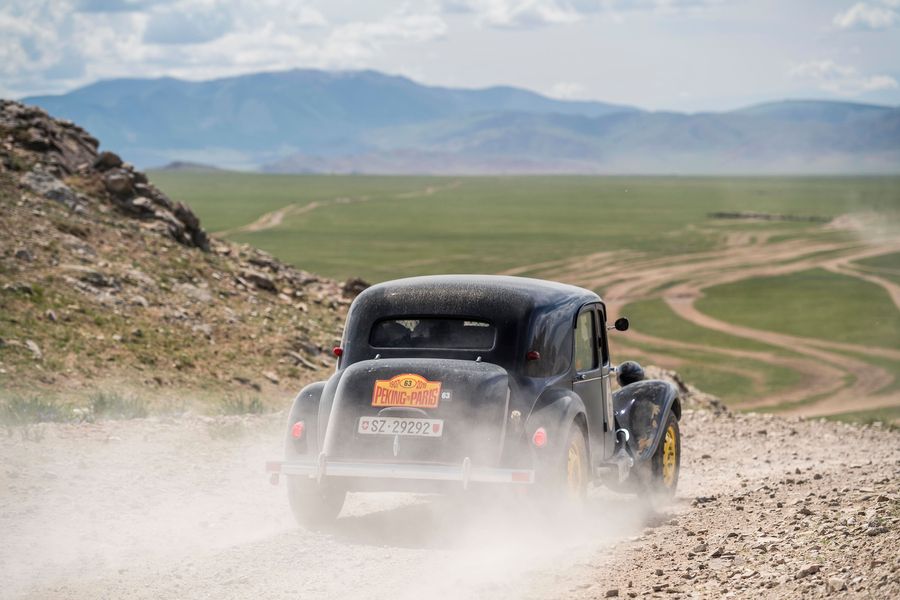 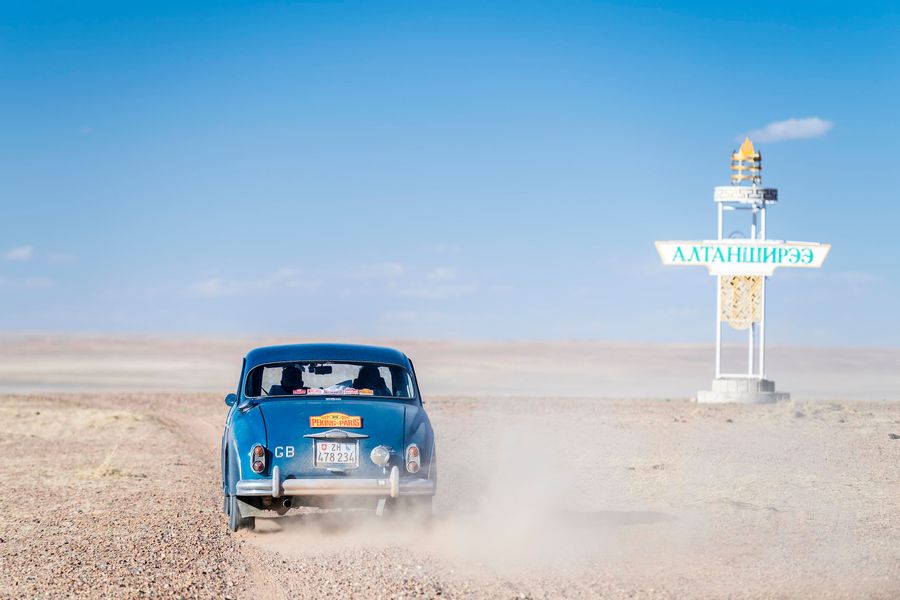 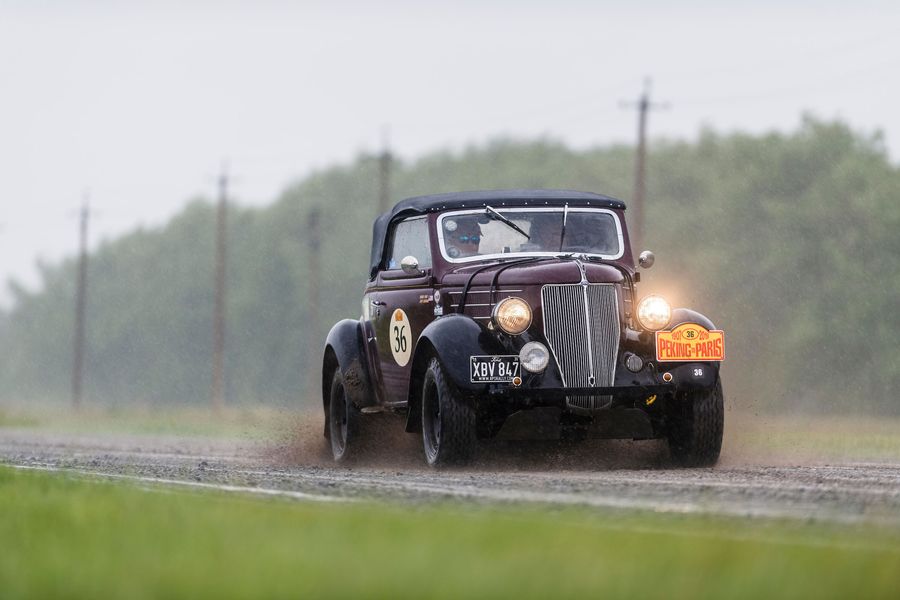 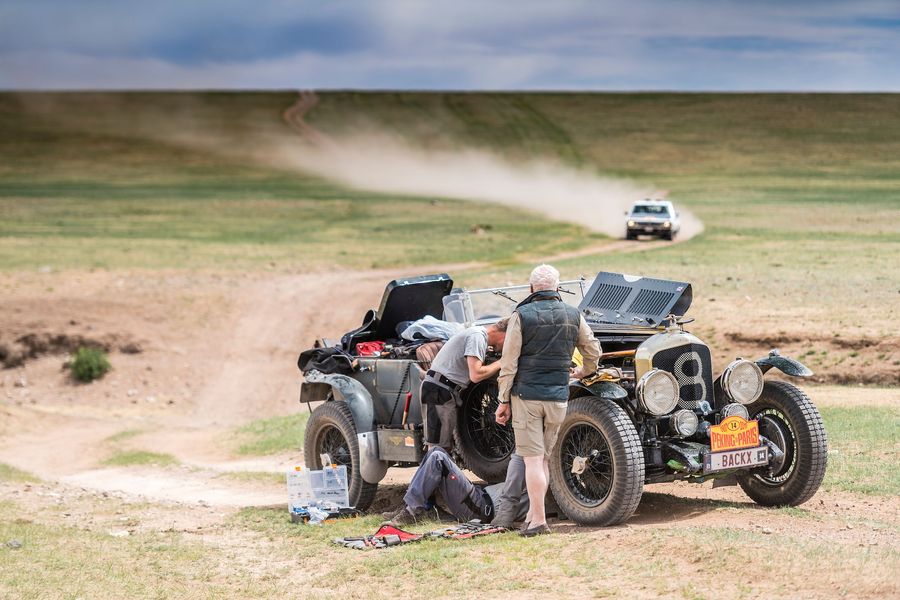 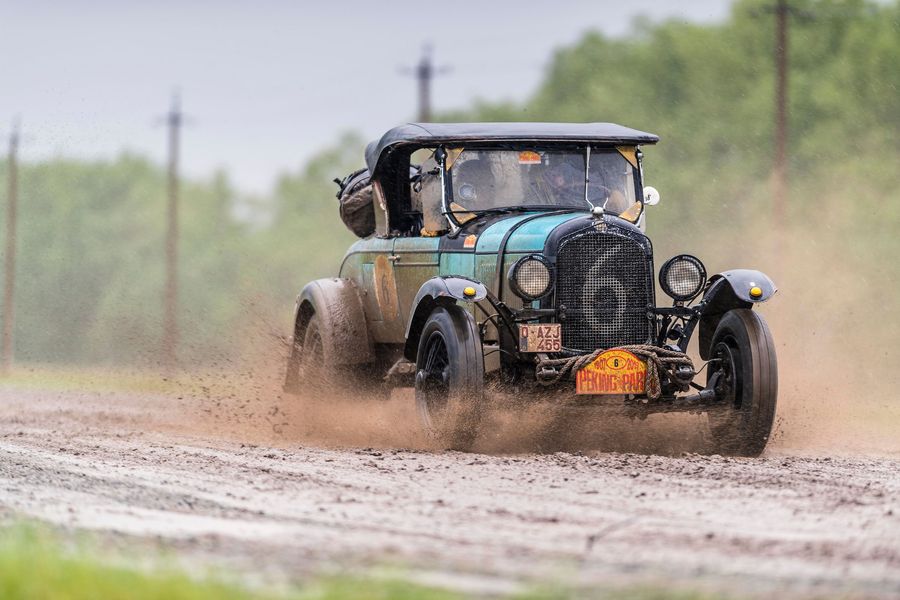 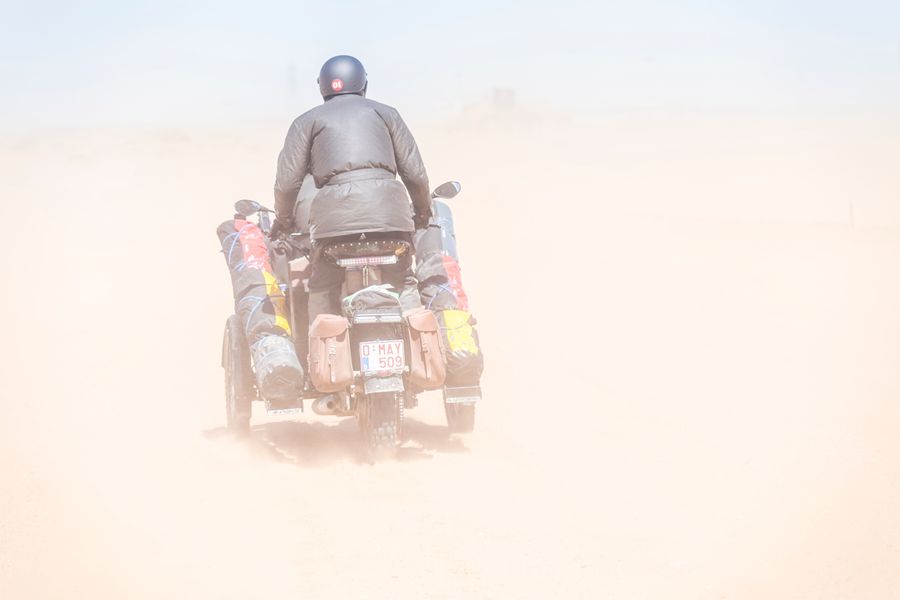 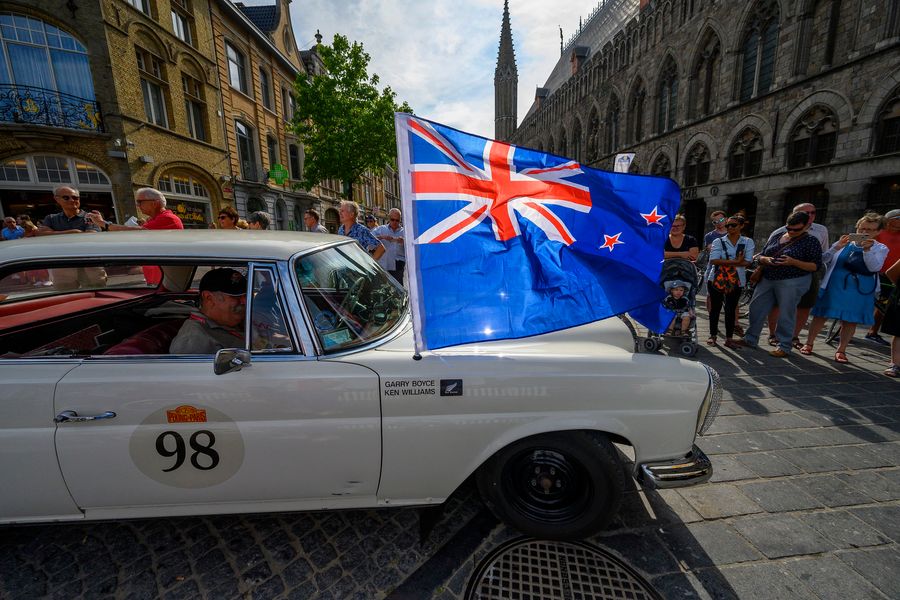 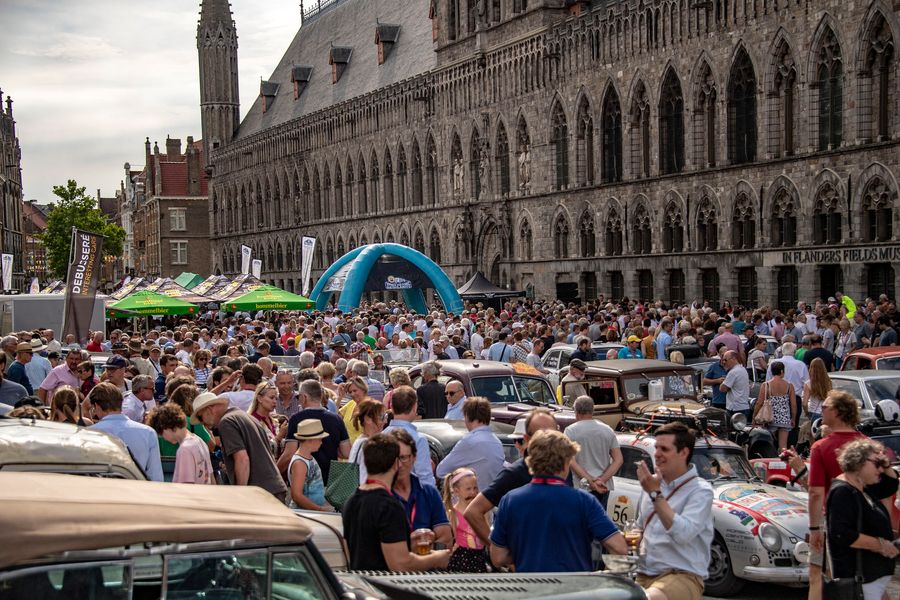 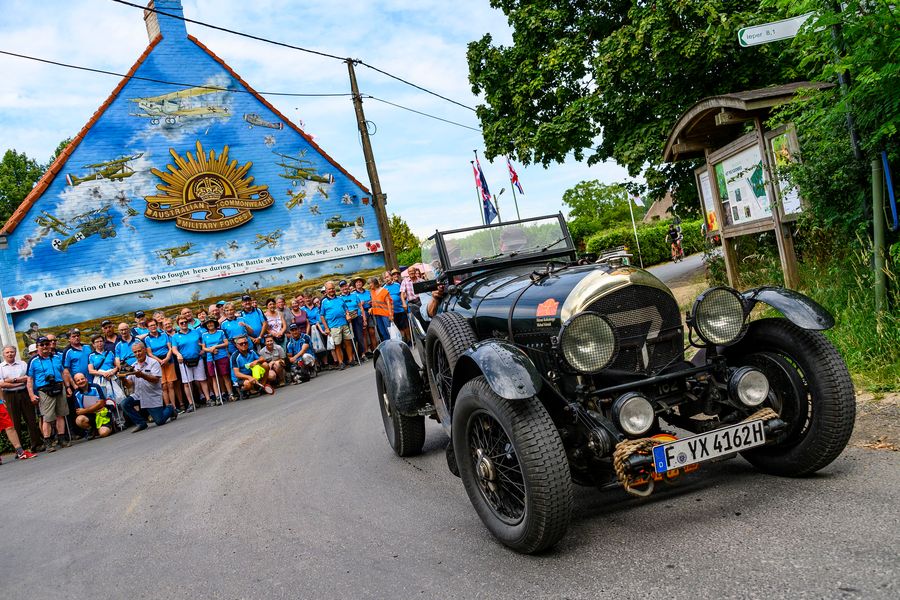 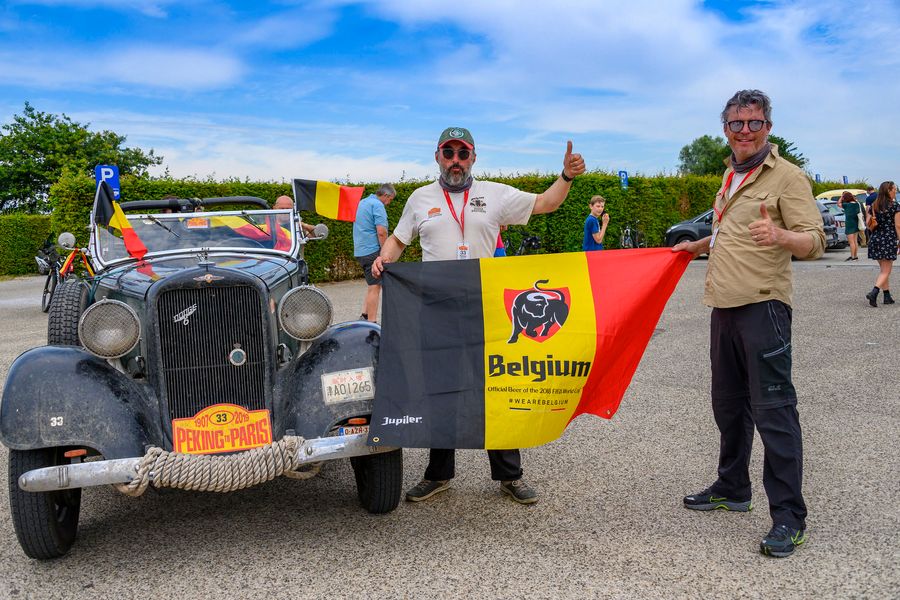 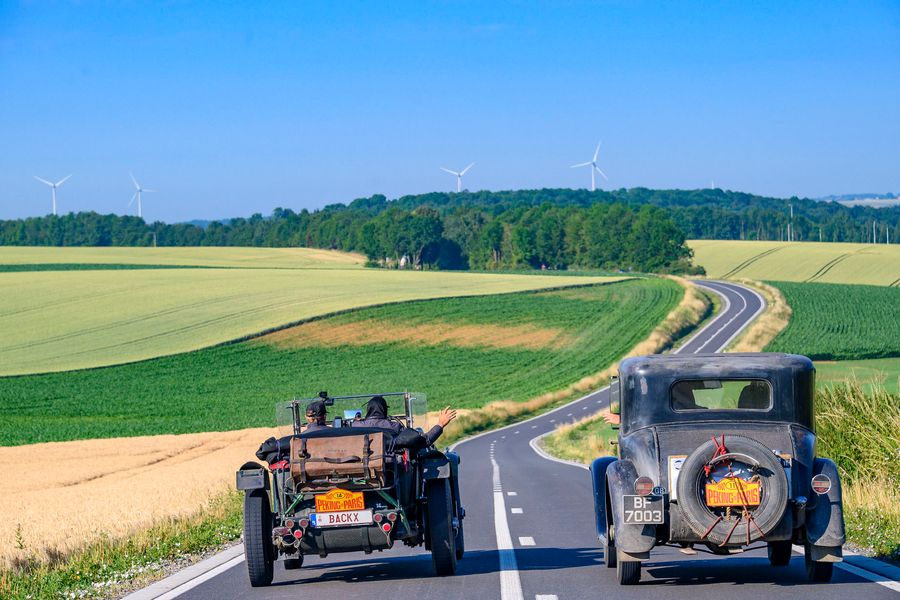 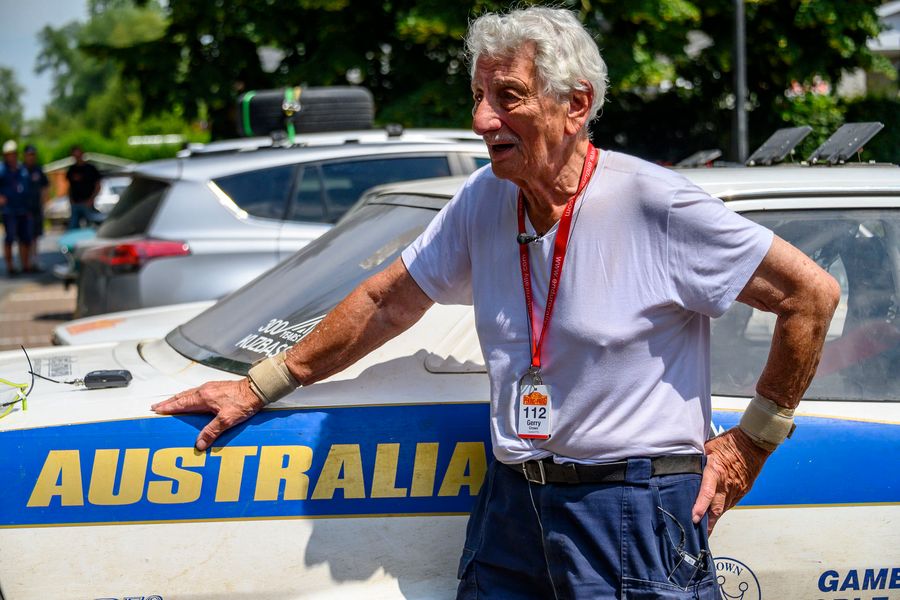 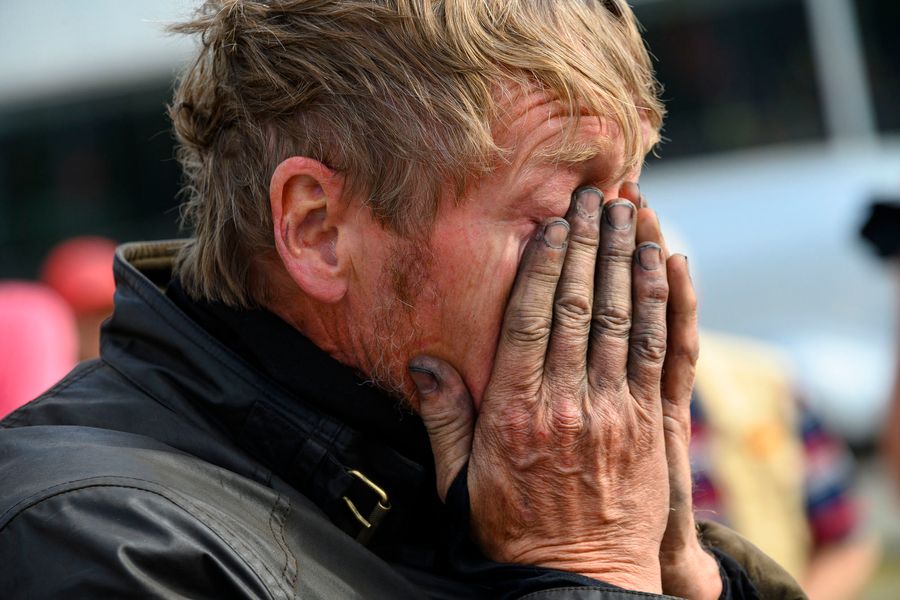 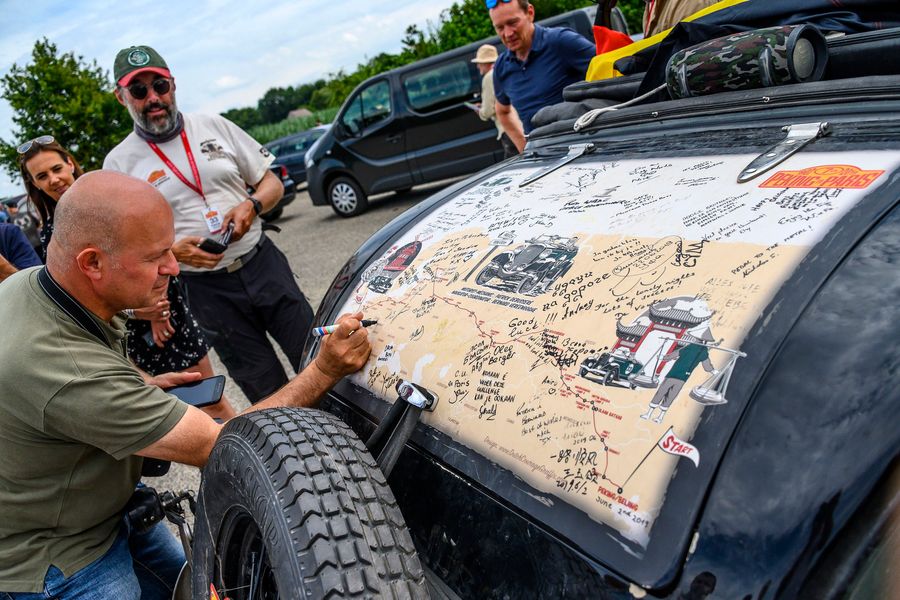 After 8500 miles (13680km) of driving adventure the greatest of endurance rallies has reached its terminus in Paris for the seventh time. Australian pairing Gerry Crown and Matt Bryson have walked away as overall winners by just two minutes in their Leyland P76. This was their third victory, making it a ‘Triple Crown’ in an event they have really made their own, speaking of their achievement, rally veteran Crown, 87, had this to say:

“Our third win in the Leyland was the toughest yet but it was also very enjoyable. What we really needed though was a few more 87-year-old’s in the field to keep me company. I must also congratulate the organisers for keeping the spirit of the rally alive, it’s the Blue Riband event of the historic world and it needs to be tough.”

The win in the Vintage category for pre-war cars went to the 1925 Bentley Super Sports Graham and Marina Goodwin, after a hard-fought battle, eventually beating Artur Lukasiewicz (PL)and Bill Cleyndert (GB) by 5 minutes. Graham, delighted with his and his wife’s win at the first attempt, told us of his pride at crossing the line in a Bentley:

“It means so much to win in a Bentley in Bentley’s 100th year. The event was stressful but thankfully we had a bit of good luck which everyone needs. It was tough leading the event for so long and seeing your lead slowly coming down.”

Regardless of their place in the standings though, all who have reached their journeys end at Place Vendome, Paris, achieved something great. Travelling halfway around the world, in vintage and classic cars, traversing some of the toughest roads the worlds largest landmass has to offer was no small feat. All crews battled fatigue, the weather, mechanical issues and the emotional stress of completing such an epic endeavour against the clock.

The endurance element is of course what all the competitors come to pit themselves against, and of this Mark Trowbridge (USA), competing in a 1968 Volvo P1800 had these thoughts, on a tough but enjoyable event:

“We had some really gruelling days, but we recovered and are fired up again, lots of fun, fast and flying around a lot.”

The remote and turbulent roads are another attraction that draws people to this challenge, and this year saw some of the trickiest yet. P2P rookie Bill Holroyd (GB) gave his thoughts on the contest:

“In effect they are mountain roads and farm tracks. If you were driving from Manchester to London and then back to Birmingham on farm tracks and mountain passes, you’d go bloody mental”

Holroyd’s wife Julie agreed, “even the vets are saying this is a tough one” she said, “exciting but scary, the scenery has been magnificent, and the camping was great!”

There was more praise for the seventh edition from trip character Patrick Debussere, one half of the infamous Belgian ‘Dodge Brothers’: “Sometimes I’m embarrassed as I don’t have the right words in English to describe this event, it’s awesome!”

The finishers roster contains many personalities and characters, but special mention must again go to Patrick Debussere (B) and Bernard Vereenooghe (B), winners of the spirit of the rally award. The self-titled ‘Dodge Brothers’ from Belgium have both been a constant source of entertainment throughout the rally, despite tough conditions, Patrick had these thoughts upon receiving his accolade:

“We had enormous fun and we decided three years ago to do the rally, the fun started with the car prep’ social media has been great for us. It’s adventure and this must be fun for every waking hour. We hope you enjoyed last night’s party”

History was made and an historic journey completed as Belgian duo Anton Gonnissen and Herman Gelan completed the event on a three wheeled Contal Mototri, finishing the journey started, but not finished, by Auguste Pons in 1907. The special significance of the event was not lost on an emotional Gonnissen, and the man who has competed in previous Dakar events had this to say:

“This was the journey of a lifetime. More men have stood on the moon than have driven Peking to Paris. August Pons failed in 1907 and there was a gap to be filled. Today history has been written, we have put the ghost of AP to rest after 112 years.”

Sat at the front of the Contal, in the ‘suicide’ seat was Gonnissen’s navigator, Herman Gelan. It is a position few would wish to be in, but for 8500 miles he had a unique view of the rally:

“In my seat I was closer to nature than any of the other competitors and the sheer beauty of the route and the surroundings are what will stay with me for a long time.”

There was a potential record set by Mitch Gross and Christopher Rolph in Gross’ 1910 White MM Pullman steam car. If driving halfway around the world in a 109-year-old vehicle isn’t hard enough, to complete it in one powered by a steam engine must be doubly difficult. It is perhaps the longest journey ever completed by a steam car and life-long steam fan Gross had this to say:

“We set a world distance record for steam powered cars but had to have three engine rebuilds on the way. We also almost ran out of fire extinguishers but, with the help of our great support crew we made it.”

Peking to Paris in Numbers

The Peking to Paris Motoring Challenge first took place in 1907, after French newspaper ‘Le Matin’ published a challenge to the motorists of the day, to prove the worth of the automobile. Five teams took on that first adventure, taking two months to reach Paris, with only four teams finishing after Auguste Pons Contal Mototri was lost to the sands of the Gobi Desert. Prince Scipione Borghese triumphed in that first edition, but it wasn’t until 1997 that the Peking to Paris Challenge was resurrected by Philip Young and the Endurance Rally Association, who have run it ever since.