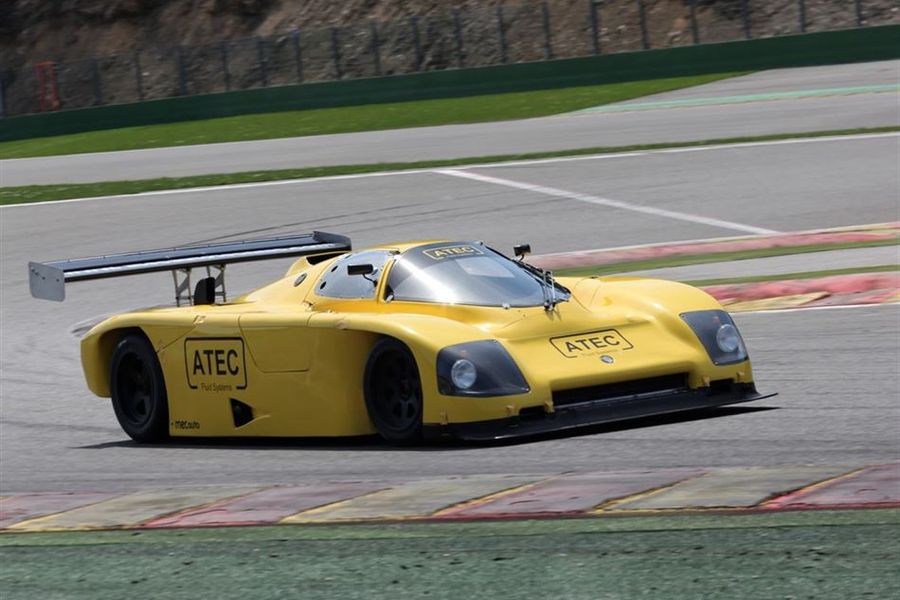 Any enthusiast of a certain age has a soft-sport for the Group C era of sportscar racing - and the latest in our regular internet searches to fill our ‘dream garage’ unearthed a car that could be a relatively affordable route into owning a car from that period. The Argo JM19 was the second sportscar design from the British company and the car on sale, chassis 129C, was second of three built to the ‘D’ specification, and while it is listed as ‘price on application’ it is certainly going to come in cheaper than a Porsche 962!
This car was built in 1988 and is fitted with a 3.5 litre Cosworth DFR engine, and underwent a ground-up restoration at the end of the 2012 season. It doesn’t have a sparkling race history, having been mostly used in Interserie racing in period, though it does apparently have one win to its credit, in an event at Castle Combe in 1993 driven by former-Formula Ford Festival winner Dave Coyne (Dave is listed as a winner in the circuits Special GT championship for 1993 winning a race in a Lancia and heading home a Jaguar XJR-17, but we have yet to track down this actual result).
So, not the most prestigious or glamorous Group C2 car, but that has to be reflected in the asking price making the Argo a potentially attractive buy and a route to racing a Group C car on some classic circuits - including at Le Mans itself where the series last year supported the Le Mans Classic!
Full details:
https://racecarsdirect.com/Advert/Details/76315/argo-jm19d-group-c2
Argo Group C For Sale