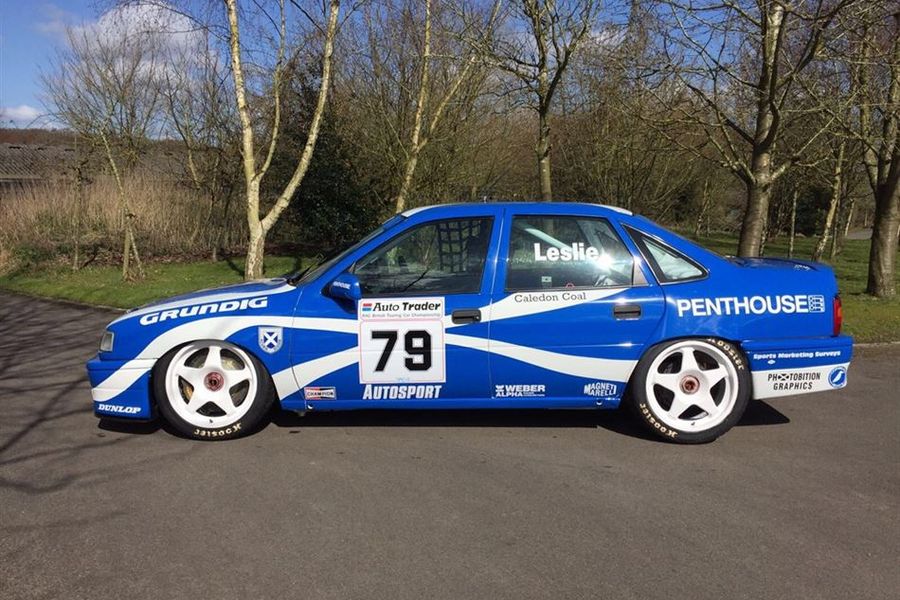 Built for the BTCC’s early 90s regulations for two-litre four door saloons, this Cavalier (chassis number 010) was built up by Ray Mallock Limited and raced by Hugh Mccain’s revived Ecurie Ecosse team.
Raced by David Leslie in 1993 in a livery approximate for Ecurie Ecosse, the Scot was frequently amongst the factory teams, which at the time included BMW, Toyota and Nissan. Leslie took four pole positions and four fastest laps from the 14-races, and took wins at Thruxton (a race we watched from the press box at the chicane) and in the end of season TOCA shootout at Donington Park.
Season’s end saw Leslie eighth in the champion points, between the two works Vauxhall drivers, and the performance of car was a factor in RML taking over the running of the works Vauxhall team for 1994.
In 1994 the car was used by Nigel Smith in the BTCC Total Cup when in distinctive HMSO livery he was runner-up in that privateer category. It then went to race in Scandinavia.
Moe details on this well-known BTCC car are available at: https://racecarsdirect.com/Advert/Details/82546/1993-ecurie-ecosserml-vauxhall-cavalier-super