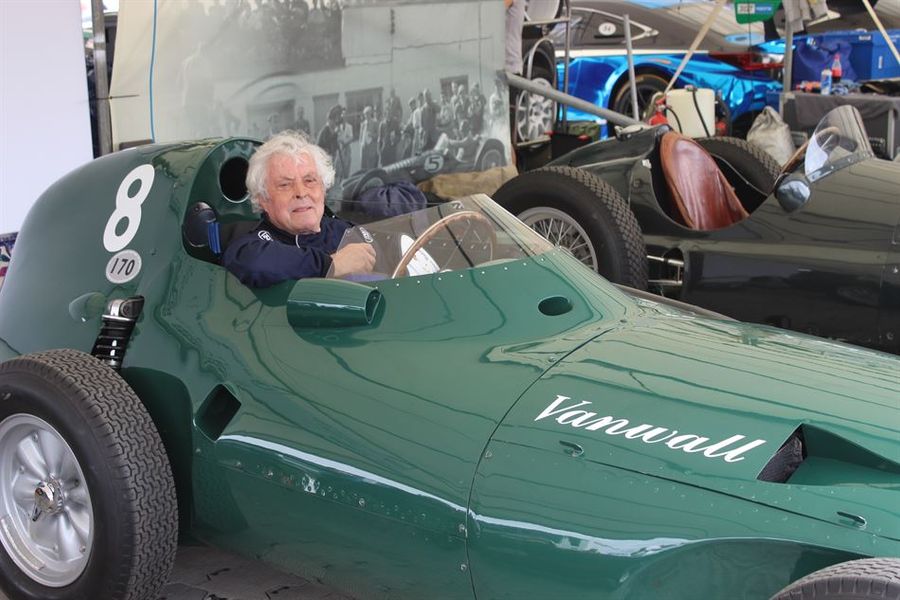 Racing legend Brian Redman, the most recent racing driver to be inducted into the Motor Sport Hall of Fame, makes his race Retro debut at Stoneleigh Park, Warwickshire, from February 23rd-25th, 2018. Excelling in sports cars and Formula 5000, Lancashire-born Brian raced a supercharged Morris Minor Traveller at Rufforth in 1959. It was six years before his career gained momentum when almost unbeatable in Charles Bridges’ lightweight Jaguar E-type during 1965.
When he moved into sports cars, Brian was first found behind the wheel of a Lola T70 before racing a Ford GT40, which he drove in the 1967 Le Mans 24 Hours. Brian also raced in Formula 2 in the Lola T100-Ford for David Bridges he ended 1967 by winning the non-championship Kyalami Nine Hours in a JWA Mirage M1-Ford with Jacky Ickx.
Brian made his Grand Prix debut in South Africa in 1968 with a works Cooper T81-Maserati and he finished third next time out in Spain, now driving a BRM-powered T86B.
During his career, Brian had a brief spell with Ferrari in F2 before enjoying success in the works Porsche 908 with co-driver Jo Siffert. They won five times to help clinch a first World Sportscar Championship for the Stuttgart marque. He drove JWA’s Porsche 917K during 1970 and success included victories in the Daytona 24 Hours and Targa Florio.
Redman won almost every major sports car race during his career except for the Le Mans 24-Hours.  Formula One was only ever a sideline for he had forged a new and successful career in North American F5000.
He raced Sid Taylor’s McLaren-Chevrolet in the European Championship from 1971 before joining Haas-Hall Racing across the Atlantic. He won the North American title for three successive seasons from 1974 to 1976 with the team’s Lola-Chevrolets. Brian joined Cooke-Woods Racing in 1981 and won the Daytona 24 Hours for a second time on the way to being crowned as IMSA GTP Champion.
Redman joined the Bob Tulles’ Group 44 Jaguar team in 1984 and was part of the line-up as the marque returned to Le Mans. Similarly, he was with Aston Martin in 1989 when it too raced again at the Circuit de la Sarthe, in what was Redman’s last full season.
No longer pursuing a fulltime racing career, he ran Redman-Bright Engineering in Formula 3000 during 1997 and 1998 and is now a promoter of historic events from his home in Florida. His autobiography Daring Drivers, Deadly Tracks was publishing in 2016.
The Motor Sport Hall of Fame Live will also welcome other racing and rally guests as well as hosting showstopping displays of iconic cars including a celebration of the 40th anniversary of the ground-effects era.
Tickets are now on sale for Race Retro