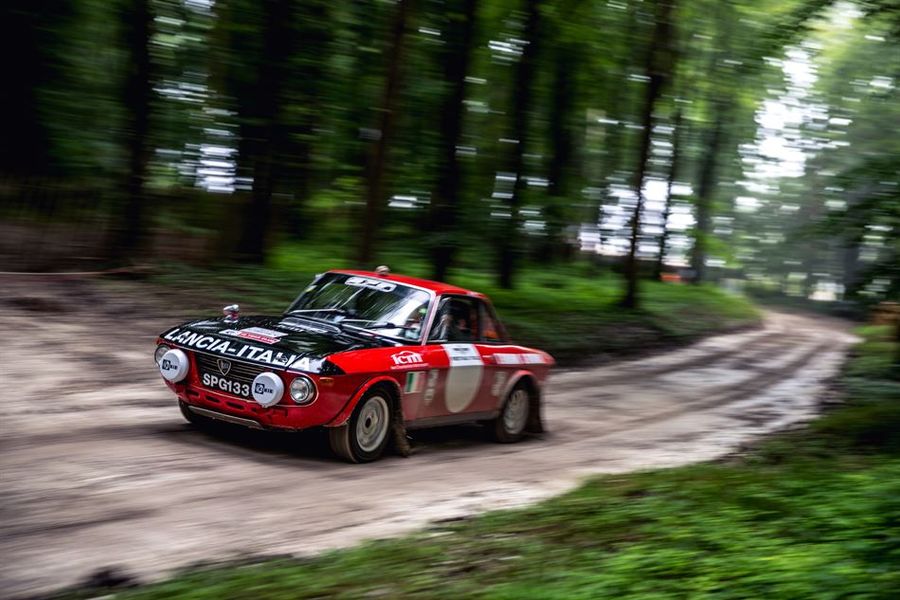 The Forest Rally Stage at the top of the Goodwood Hillclimb offers spectators at this summer’s Goodwood Festival of Speed the rare  chance to see both historic and contemporary rally cars carving their way through the challenging loose-surfaced tree-lined stage.
 
Alongside more modern machinery this year’s Festival theme – “Peaks of Performance – Motorsport’s Game- Changers” will see a stunning collection of Group B machinery including the Audi Quattros, Lancia 037, MG Metro 6R4s and even the awesome MG Metro 8R4 – a 6R4 with a 4.6L V8 engine. These are the cars that reached a level of performance that saw the rules changed to reign back the speed they were reaching on stages.
Another rig,right should be Bron Burrell on more behind the wheel of the Austin Maxi she drove in the 1970 London to Mexico World Cup Rally. The car is nicknamed ‘Puff the Magic Wagon’ and has been getting some good coverage in the media, with a video feature produced for the BBC website back in January - http://www.bbc.co.uk/news/av/uk-38592903/meet-the-rally-driver- aged-72
Other rally highlights this year will include:
• The Citroen 2CV BiBip Dakar - One of the most ambitious Dakar efforts ever from 2007; the 1963 2CV featured a reinforced the chassis, beefed up suspension and two Citröen Visa engines to boost the power output to 100bhp. Sadly the car retired on the fourth stage due to suspension failure, but managed to finish 75th out of 170 starters at the Paris 24hr 4x4.
• James Martin will once again be bringing his 1963 Morris Mini Cooper
• Group A cars – Ford Escort Cosworths, Mercedes 190E, Mitsubishi Starion
The 2017 Goodwood Festival of Speed runs from the 29th of June to the 2nd of July.