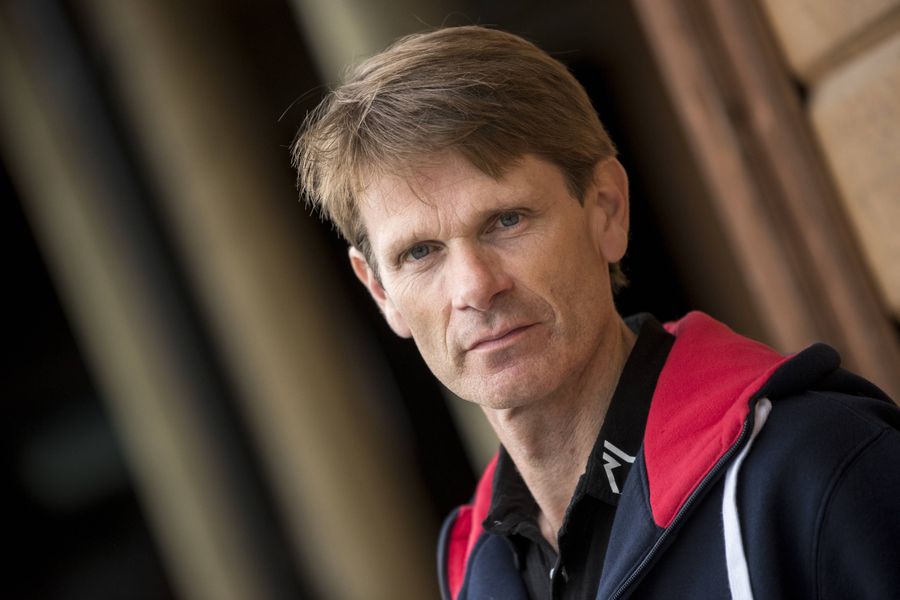 Whether it is ‘Flying Finns’, ‘Super Swedes’ or charismatic Norwegians like Petter Solberg, the rallying history books are littered with the heroic exploits of Nordic drivers. Over the ages, Markku Alén, Björn Waldegård, Ari Vatanen, Hannu Mikkola, Stig Blomqvist, Timo Salonen, Juha Kankkunen, Tommi Mäkinen and Solberg – who is saying farewell to the sport on this year’s Wales Rally GB – have all been crowned World Rally Champion but, when it comes to racking up WRC victories, none of those greats can match the achievements of Marcus Grönholm.

Despite not being signed up as a front-line factory driver until his early 30s, Grönholm stockpiled no fewer than 30 WRC rally victories between 2000 and 2007 – a tally only surpassed more recently by Sébastien Loeb and Sébastien Ogier.

Two of those famous wins came in Britain, first with Peugeot in 2001 and then with Ford in 2006 – and now ‘Magic Marcus’, the last Finn to win the title, will return to these shores this autumn as the ‘Official Rally Legend’ of the 2019 Wales Rally GB (3rd-6th October).

“It is very nice to be invited to be the official legend and I’m looking forward to being back in the atmosphere once again,” said Grönholm, who retired from full-time driving at the end of the 2007 season, though he has made three one-off appearances since.

“I haven’t been to Wales for many, many years but I have lots of good memories of the event. I won my first championship there [when finishing second behind Richard Burns in 2000] and we had a great party afterwards, and I also stopped my career on Rally GB – it was my last real WRC rally.”

Despite growing up driving sideways on the forest tracks of his native Finland, Grönholm admits he was not immediately at home in the challenging Welsh forests.

“It’s forever been a tough rally,” he remarked. “The first time I came I struggled as it was foggy, slippery and really difficult but, after a while, I started to like it. It can be lovely when the sun shines but when it rains and there’s fog it’s not easy. The night stages are completely different, too. They have always been part of the game and always present an opportunity for a driver to make a difference as some aren’t as fast as others in the dark!”

Now aged 51, Grönholm won a number of domestic Finnish titles before shooting to international prominence when outshining the WRC regulars with some attention-grabbing stage times as a privateer on Rally Finland in 1998.

Peugeot was impressed and wasted little time signing him up as a member of its exciting new team on the ambitious company’s return to the WRC in 2000 for the first time since the end of the audacious Group B era.

The French outfit’s outstandingly adroit 206 WRC was competitive straight from the box. Incredibly, Grönholm won the World Championship title in what was his first full WRC campaign with four victories in Sweden, Finland, New Zealand and Australia. The following three seasons produced 11 more wins plus a second World Championship crown in 2002, before Peugeot replaced the 206 WRC with the far less wieldy 307 WRC.

Despite further wins in Finland – twice – and Japan, the Finn left Peugeot to join Ford for the start of the 2006 season to drive the latest-specification Focus RS WRC 06. On his debut, he won the Monte Carlo Rally – his first on asphalt – however, despite six further victories including his second in Wales, the Finn lost out to Loeb in the final championship standings by a single point.

He was narrowly runner-up to Loeb again in 2007 but, although still one of the sport’s top guns, he announced his retirement after finishing second in Wales behind team-mate Mikko Hirvonen – a 1-2 that gave Ford back-to-back Manufacturers’ titles. He said he wanted to stop while he still had the speed to win rallies.

In eight years at the top level, Grönholm had amassed an impressive record of two Drivers’ crowns, five Manufacturers’ titles, 30 wins and 61 podiums.

“The history books don’t lie – those are remarkable achievements and Marcus is truly worthy of his legendary status,” said Hugh Chambers, CEO of Motorsport UK, organiser of Wales Rally GB. “We are delighted that Marcus will be our guest of honour at this year’s World Championship event and I know the British fans will welcome him back. This will be a very special year for the event as we are celebrating the 75th running of Rally GB – Marcus is a major part of that history and we are all looking forward to sharing memories with him come October.”

And there will be plenty of opportunities for fans to meet the double champion, too. As the event’s Official Legend, he will be assisting with ceremonial duties, signing autographs and posing for selfies throughout this year’s four-day World Championship showdown. ‘Magic Marcus’ will be appearing at the Ceremonial Start in Liverpool, the opening timed stage at Oulton Park on Thursday evening and thereafter at selected high-profile speed tests in Wales as well as at the Service Park in Llandudno.