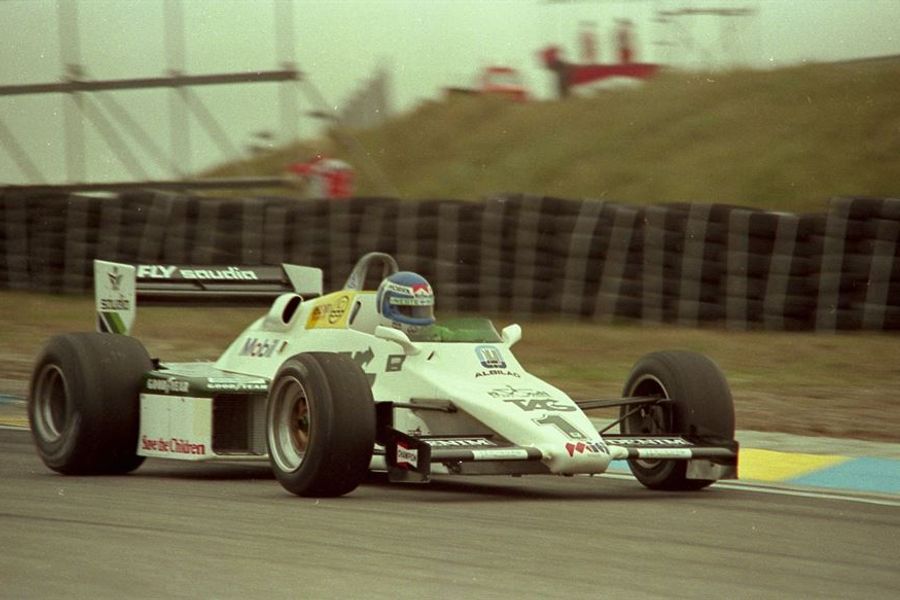 February’s Race Retro,  will bring together an incredible collection of Cosworth DFV-powered race cars at the historic motorsport event, to celebrate 50-years since one of the world’s most iconic engines made its debut on the track. The collection, which includes the Williams FW08 driven by Keke Rosberg to win the 1982 World Drivers’ Championship, has been curated by Mike Costin, who along with Keith Duckworth gave his name to the powerplant.
Mike will appear at Race Retro and will be interviewed on the Motor Sport Live Stage. “I am delighted to be involved in this display to mark the anniversary of the Cosworth DFV story,” said Costin. “I look forward to being reunited with some of the star cars of the past.”
Event Director Daniel Nwaokolo said: “The Cosworth DFV is synonymous with the greatest era of Formula 1 and to have the display curated by designer Mike Costin, one of the greatest engineers of our time, just makes it even more special.”
Held at Stoneleigh Park, Warwickshire, from the 24th to the 26th of February 2017, Race Retro’s display will include stunning cars from the Donington Grand Prix Collection, all to be hosted in the dedicated Motor Sport Hall of Fame.
Christopher Tate, Managing Director of Donington Park, said: “We are delighted to be partnering with Motor Sport Magazine to put on this fantastic display at Race Retro to kick off the 40th anniversary celebrations of the re-opening of Donington Park. We’re looking forward to showing some of the most famous cars from our Grand Prix Collection and welcoming a large number of enthusiastic race fans ahead of what is certain to be a special year for Donington Park.
“And we can announce one special feature – if you can bring and show us your treasured ticket or programme* from our historic opening event in 1977 at Donington Park, we will exchange that, in advance, for free admission to one day of this year’s Donington Historic Festival, April 28th to the 30th.”
As a statement of its intention as the new owner and to celebrate the event’s 15th anniversary, organisers Clarion Events will be staging a ‘Super Show’ for 2017. The Cosworth DFV display is the first of many celebratory features to be hosted within the Motor Sport Hall of Fame, with other iconic motorsport names, cars, bikes and technological advancements to be recognised.
Race Retro will also welcome motorsport industry traders with over 85-specialists already committed to attending including Demon Tweeks, Classic World Racing, Millers Oils, and the Vintage Sports Car Club.
Mike Costin Formula One Cosworth Race Retro