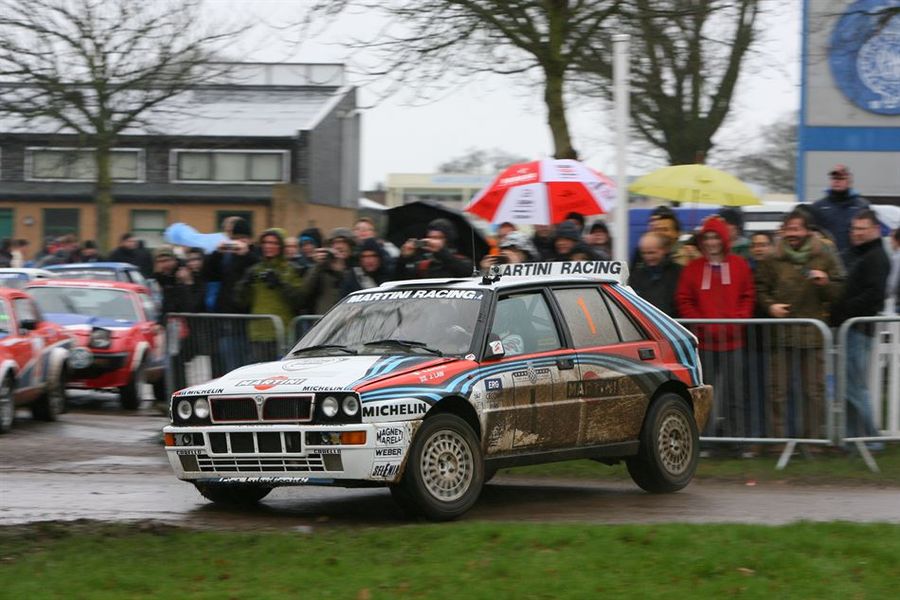 Rally legend Miki Biasion will be back behind the wheel at Race Retro, at Stoneleigh Park from 23th-25th of February, to mark 30 years since his first World Rally Championship title in 1988. Rally fans will see this former champion, best known for his career with Lancia, in action on the Live Rally Stage with the crews from Rallying with Group B on the Saturday and Sunday.
Biasion came to prominence in the early 1980s, winning both the Italian and European Rally Championships in 1983, driving a Lancia 037. He began competing in 1979, in an Opel Kadett GT/E. Miki was later drafted in to play a key role for the works Lancia World Rally Championship team in the mid-1980s as the squad sought to regroup after previous star driver Henri Toivonen's fatal crash. Miki went on to dominate early Group A rallying, taking the world championship in the 1988 and 1989.
At his peak, Biasion was notching victories in almost three quarters of all events he entered. He also was only the second driver to successfully defend his title (after Juha Kankkunen) and the third one to win two titles (after Kankkunen and Walter Röhrl).
A move to Ford in 1992 made Biasion the highest-paid driver of his day but he didn’t achieve the same success of his time at Lancia. He did, however, win the World Truck Championship in 1998 and 1999 driving an Iveco.
Race Retro Show Director Lee Masters said: “We are thrilled to have Miki Biasion with us for this year’s show, especially on our Live Rally Stage. It’s an amazing opportunity for fans to see one of the greats in action once again.”
As well as driving, Biasion will also appear on the Motor Sport Live Stage to talk about his career highlights along with Hall of Fame inductee Brian Redman, and other special guests.