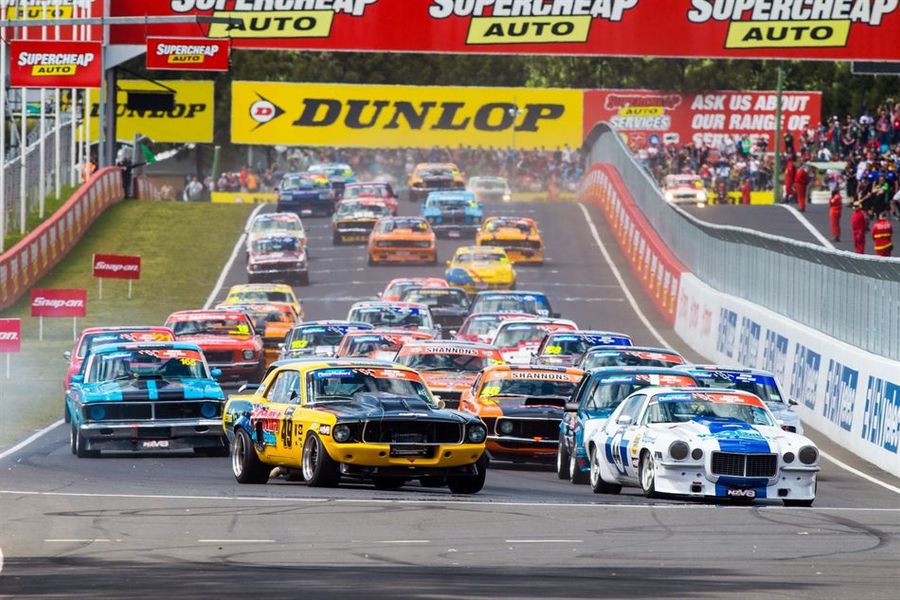 Steven Johnson has confirmed his return to the Touring Car Masters series this year with a newly formed 'Team Johnson'. Created alongside his famous father, and Australian racing legend, Dick, Johnson confirmed on Facebook Friday evening that the team would enter the championship this year - a silhouette of a Ford Mustang TransAm a none-too-subtle indication of the kind of car he will likely be driving.
"We have some great new sponsors on board for 2017 and the car looks very impressive," Johnson wrote on the teams newly-created Facebook page.  "We will be revealing the livery on Wednesday 1st March, ahead of the Clipsal 500 in Adelaide and can't wait to see what you all think."
Johnson will be on the grid alongside 29 other TCM rivals at the opening round of the 2017 series at the Clipsal 500 Adelaide on the first weekend of March.
The former Supercars race winner made a significant impact on the series in his full-time debut last year, racing a Synergy Race Engines prepared GTHO Falcon. He won two races and the round in Darwin, as well as the final race of the year in Sydney, to add three TCM wins to the 10 he scored while racing Mustang 'Sally' the year prior.
Johnson's return to the championship sets up a fascinating fight between he and old friend John Bowe, who will again be Holden Torana-bound this year.
TCM Touring Car Masters Johnson