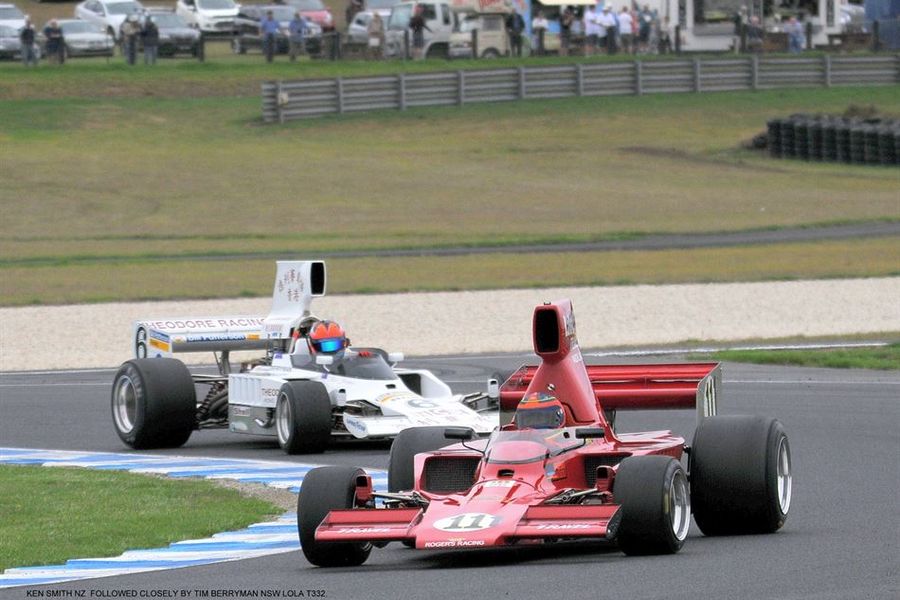 Regarded as one of the largest historic racing events in the world, the forthcoming 2018 Phillip Island Classic will celebrate the 50th anniversary of the spectacular Formula 5000 worldwide racing with a field of more than 30 cars from Australia and New Zealand.

Set for 9th to 11th March, 2018, at the highly acclaimed Phillip Island circuit, the event will create international interest with five legends of Formula 5000 racing confirmed as patrons for the 50th celebratory year event.

Kevin Bartlett - often known as 'KB' is a former Australian open wheel and touring racing driver who won the Australian Drivers' Championship in 1968 and in 1969, as well as the Bathurst 1000 in 1974 and was named in Wheels Magazine's Annual Year Book in 2004 as one of Australia's 50 greatest race drivers.

Alan Hamilton - Twice Australian Sports Car Drivers' Champion, Porsche Importer and Team Owner and four times winner of the Gold Star Championship with Alfie Constanzo. Alan was third in the 1971 Australian Grand Prix and second at Bathurst in 1974 with Colin Bond.
Tasmanian, John McCormack became one of the leading Formula 5000 racers in the 1970's winning the Australian Drivers' Championship three times. John won the New Zealand Grand Prix in 1973/74 and as well as racing open wheelers he raced sport sedans and touring cars.

VHRR Formula 5000 Group Representative Bob Harborow commented "We will witness some spectacular racing and no doubt some great Trans-Tasman rivalry in the International Challenge at Phillip Island in March as the Formula 5000 cars are currently faster than the V8 Supercars racing. To showcase this and celebrate the Formula 5000's some of the races will be longer and patrons will witness cars such as the A50 Matich car which won the Australian Grand Prix and the MR8 Elfin 5000 of Garrrie Cooper and Vern Schuppan which raced at both Laguna Seca, and Watkins Glen, USA," he said.

The Phillip Island Classic 'Festival of Motor Sport' is hosted by the Victorian Historic Racing Register (VHRR) under the direction of veteran leader Ian Tate and a dedicated committee of volunteers who jointly make this an outstanding motor sport event that is internationally acclaimed.