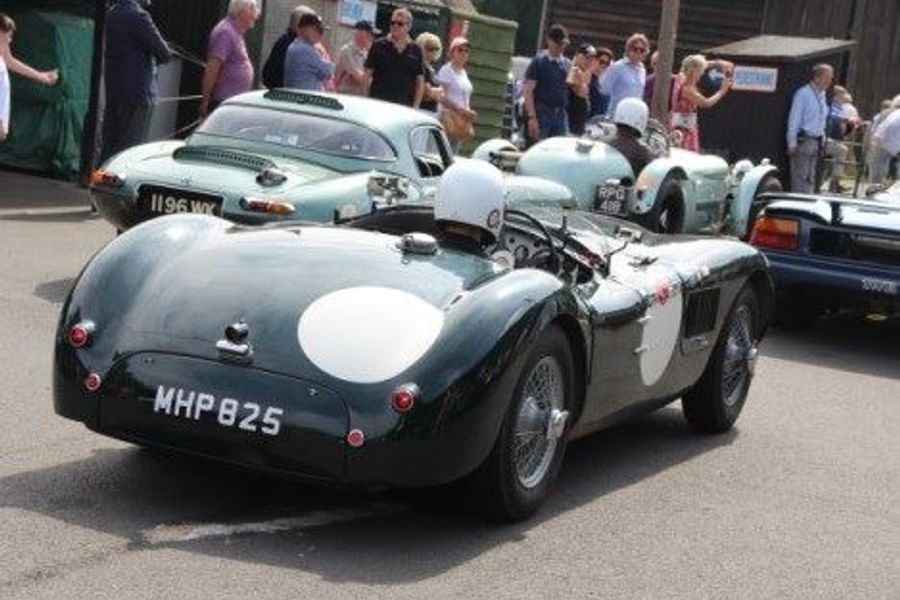 Jaguar enthusiasts from around the world descended upon Shelsley Walsh on 9th-10th June for the XK70 celebrations. The event was organised by the International Jaguar XK Club in honour of the XK 120’s 70th anniversary, and among the hundreds of cars making the pilgrimage to the Worcestershire hillclimb were swathes of other XK-engined models.

Two historic XK 120s from Jaguar’s heritage fleet took pride of place at the head of the paddock. NUB 120 – the car in which Ian and Pat Appleyard enjoyed so much rallying success – was joined by LWK 707, the record-breaking ‘seven days and seven nights’ fixed-head coupé, with both cars being paraded up the hill on several occasions.

The cars on show included the first first Group C XJR-6 and the XJ220C that – before being disqualified on a technicality – won its class at Le Mans in 1993. Eagle boss Henry Pearman also gave a number of spirited runs in the much-modified 1967 E-type in which he won the 1989 Pirelli Classic Marathon.

Chris Ward was on hand to drive JD Classics’ semi-Lightweight E-type and put in a sensational first timed run of 33.02s – possibly the fastest-ever ascent of Shelsley Walsh by a Jaguar. He topped the E-type class during Saturday’s competitive hillclimb.

Other class winners included Guy Broad (XK 120, 38.02 seconds), Kevin Zwolinski (XK 140, 38.94 seconds) and Grahame Bull (XK 150 39.28 seconds). Jimmy Stewart won the Jaguar-engined class in his XJ Coupé with a time of 41.36 seconds, and Nicolas Bert did likewise in the Sports-racing class by posting a best of 37.71 seconds aboard his HW Alta-Jaguar. Away from the competitive action, Willie Green was fundraising for Prostate Cancer UK by giving regular passenger rides in Clive Beecham’s stunning ex-Works, ex-Ecurie Ecosse D-type.

XK, C-, D- and E-type racer Peter Sargent made his first trip to Shelsley Walsh, and he was joined by the likes of Peter Sutcliffe, legendary Jaguar test-driver Norman Dewis, and Le Mans winner Richard Attwood.

Sunday’s prize-giving included the Aubrey Finburgh Trophy for the most original XK, which went to Mark Boxley and his XK 120 OTS. The Bryan Corser Trophy for the ‘Spirit of XK’ was judged by James Fraser of JD Classics and awarded to Ken Johnson for his XK 120 OTS. Eagle’s Paul Brace selected Jon Martin’s Series 1 to receive the Turner Prize for ‘Essence of E-type’, while the award for ‘greatest annual mileage’ went to Neil and Olivia Donnan, who’d covered 8,500 miles since the previous Club Weekend. The prize for ‘Furthest distance travelled to XK70 in an XK’ went to Creighton Turner, who’d come 5,334 miles.

“We had the most fantastic support,” said XK Club founder and author Philip Porter, “from the trade, from historic car owners, from overseas members, from our wonderful team who worked so hard, from our sponsors, from our personalities, and from the weather, which was perfect!”