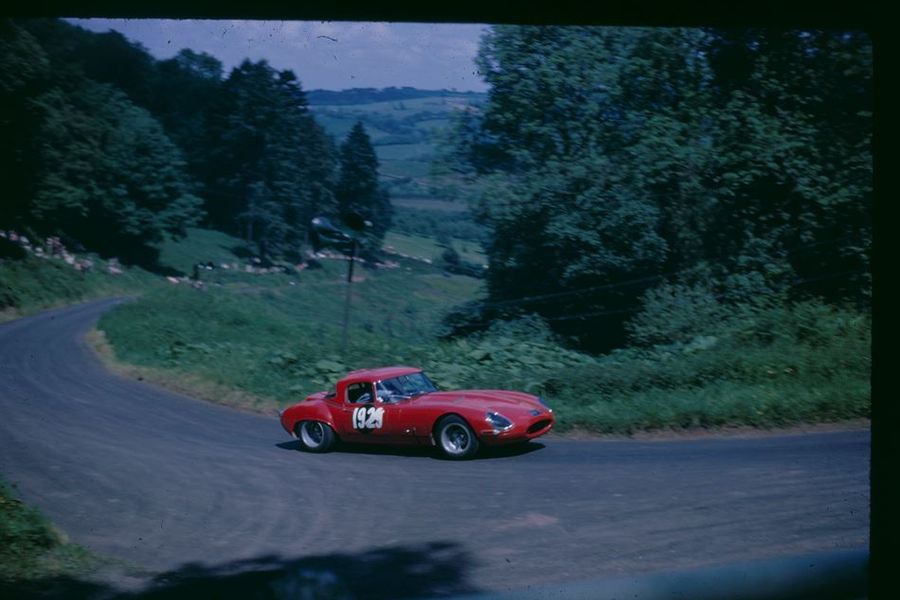 The number of attractions confirmed for this summer’s XK70 Jaguar Festival at Shelsley Walsh Hillclimb is growing fast. The family-friendly event in Worcestershire on 9th-10th June will celebrate the 70th anniversary of the ground-breaking XK120 and all subsequent XK cars and engines, and in the last month more well-known Jaguar personalities and cars have committed to taking part.

Two guests of honour newly confirmed for the Festival are Sir John Egan, the chairman of Jaguar from 1980 to 1990 who saved the company from bankruptcy, and Keith Helfet, the former Chief Stylist at Jaguar who designed the XJ220 supercar, the XK180 concept car which commemorated the XK’s 50th anniversary, and the 1990s F-type concept. Another well-known personality at the Festival will be Edd China, former presenter of Discovery Channel’s hit TV programme ‘Wheeler Dealers’, filming and taking questions in a session of 'Ask Edd LIVE'.

Cars newly confirmed for the two-day event include the TWR XJ220C driven by David Coulthard, David Brabham and John Nielsen at Le Mans in 1993; road and race cars built by TWR, with XJR race cars to be driven at speed up the Shelsley Walsh course by Goodwood Hillclimb winner Justin Law;  the JD Classics collection of historic XKs, some to be driven up the hill by Chris Ward; the full range of Special Edition Eagle E-types; and Eagle’s historic collection of a dozen important E-types.

Other cars previously confirmed for the Festival include three of Jaguar’s legendary Group C racing cars, including the 1987 World Sportscar Championship-winning XJR-8; XK120s, 140s, and 150s; and a whole raft of XK-engined cars including C-types, D-types, E-types, and XJ6s. Cars are being brought to the Festival by owners who live in the UK, mainland Europe, Scandinavia, and the USA. The event’s organisers, the XK Club, are aiming to set a world record by gathering 700 classic XKs in the same place at the same time.

Notable personalities attending the XK70 Jaguar Festival include former amateur racing driver Peter Sargent and, from Finland, mechanical engineer Dr. Samir Klat, who between them developed and modified the famous low-drag Lightweight  E-type, 49 FXN together with the late-Peter Lumsden; Peter Sutcliffe who raced a D-type and Lightweight E, and drove GTOs and GT40s at Le Mans, and Richard Attwood, who raced for several British teams in Formula One before winning Le Mans in a Porsche 917 in 1970.

The Festival promises a packed programme of entertainment for all the family, with a competitive hillclimb on Saturday and high-speed demonstration runs up the hill on Sunday; a vintage fairground; a shopping village; live music; and a Battle of Britain Memorial Flight fly-past - all in the beautiful hillside setting of the world’s oldest surviving motorsport venue.

All the major Jaguar specialists will be present, including spectacular displays from J.D Classics, Eagle Racing, Lynx and Hexagon Classics.