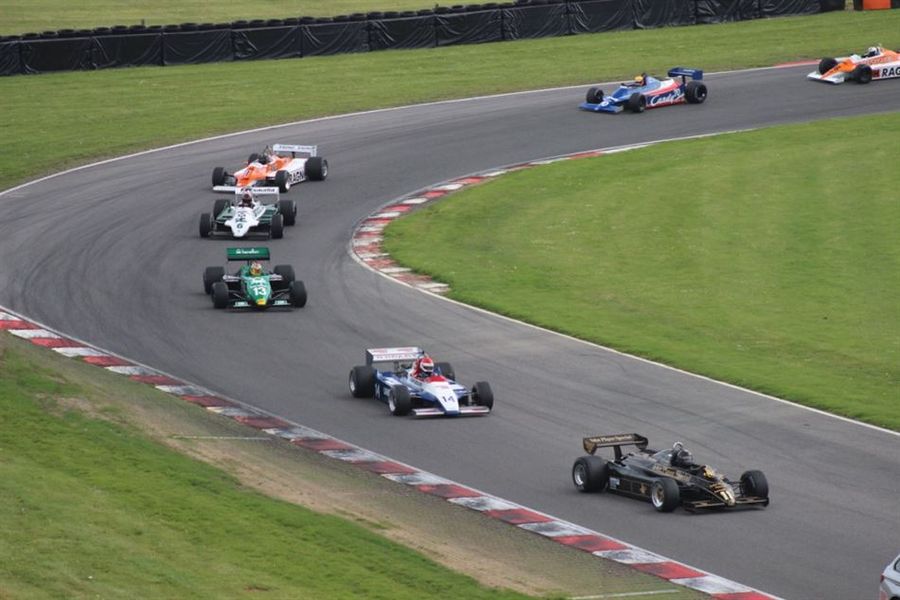 The Masters Historic Festival takes place at Brands Hatch this weekend over both days, with Masters Historic Racing’s Formula One, sportscar and saloon series backed up by race series from Motor Racing Legends and a classic Formula Ford race.
Twenty-three cars are entered for the FIA Masters Historic Formula One races, with last year’s FIA F1 pace-setter Nick Padmore back and out in a 1975 Shadow DN5. The field features six cars from Williams, ranging from a 1973 FX3B, the car the team used for the first part of that season, to a 1982 Williams FW08, the model that took Keke Rosberg to his world title.
Padmore is one of three Shadows, James Constable and Jason Wright out in newer DN8s, and there are also three Tyrrells set to appear, Andy Wolfe in a 1982 011, while Martin Stretton and Ian Simmonds are in 012s from a year later. After free practice session on Saturday morning the F1 cars qualify at 12.20 and have their first 25-minute race at 15.55, with race two at 14.40 on Sunday.
The FIA Masters Historic Sports car field have attracted 30-cars for their one-hour race on Sunday afternoon, with five Lola T70s taking on a great range of large capacity sports cars and nimble two-litre racers.
Forty entries for the Stena Line Gentleman Drivers should provide some great racing in their 90-minute round at the end of Saturday’s action. The field features cars from the late 1950s up to the mid 60s and has Jaguars going from an XK150 to the potent E-types taking on a range of classic sports cars from Lotus, Marcos, Morgan and even an early Porsche 911.
The Masters Pre-66 Touring Cars also has a great line-up, and harks back to the David versus Goliath battles of the day with numbers Mini Coopers taking on V8 powered Mustangs, Falcons and even a seven litre Ford Galaxie. With the Lotus Cortinas and BMW 1800s taking the grid to potentially over 40 cars, their one-hour race on Sunday morning will be a highlight.
Backing up the Masters races are a choice section of Motor Racing Legends series (see our separate preview http://bit.ly/2rfU2kG), while rounding out the weekend’s racing in true Brands Hatch style is  a classic Formula Ford race - unusually on the full GP circuit!
Qualifying starts at nine o’clock on Saturday morning for the Stena Line Gentleman Drivers field, with the opening race of the weekend at 15.05 as MRL’s Historic Touring Car Challenge with the Tony Dron Trophy have the first of their two 30-minute races. The Masters F1 and Gentleman Drivers are the other two races on Saturday.
Sunday starts with Formula Ford qualifying t 10am then straight into a day of racing with MRL’s Stirling Moss Trophy at 10.30, with the final race at 17.55 for the patient FF1600 field. A feature of the lunch break at 13.30 is a display of Cosworth DFV powered cars marking the 50th anniversary year of that engine’s debut.