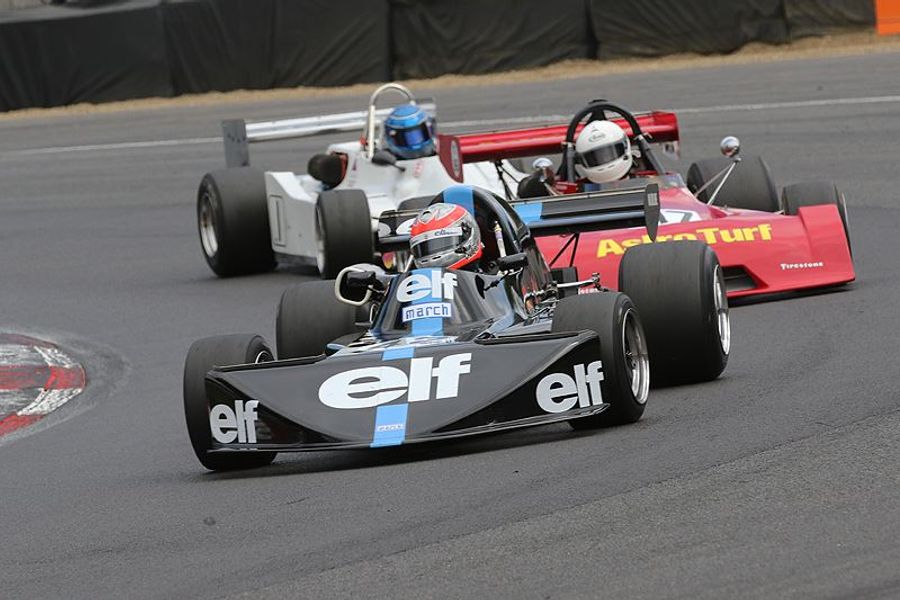 A stunning 27-car entry will tackle one of the best drivers’ circuits in Europe and series co-ordinator Roger Bevan says it will be a fantastic weekend for the category. “We’ve got a great entry for a track that is so well suited to Formula 2: a proper road racing circuit. It is a perfect fit for Formula 2 to run alongside Masters FIA Historic Formula One Championship.”

The 2018 series covers 10-races at five race meetings, and includes the Grand Prix tracks at Silverstone and Brands Hatch as well as the hugely popular Zandvoort Historic Grand Prix and the Dijon Motors Cup in October. The season started at Hockenheim a month ago at the event that honoured the memory of Jim Clark, close to the 50th anniversary of his death at the German track.

A tremendous entry for Brands is headed by Frenchman Robert Simac in his ex-Jean-Pierre Jaussaud March 712M as Robert bids for a sixth straight championship title. He will be very quick again in the Jochen Rindt class for the 1600cc F2 cars, and will get as far up the overall order as possible.

However, several drivers stand out as the pacesetters in later 2-litre F2 cars. Richard Evans (March 742) will be the absolute benchmark, but faces opposition from Dean Forward (March 782), Mark Dwyer (March 742), Chris Lillingston-Price (Chevron B40) and Mike Bletsoe-Brown (Chevron B27) who are all established F2 racers. Meanwhile Mark Charteris steps up from his Mallock sports-racing car to handle the March 742 he first drove at Brands last summer.

Formula Atlantic cars will be right in the mix, including Frazer Gibney (March 76B) and local racer David Mercer who has experience to spare from four decades of racing and has switched to a March 78B for Brands. David is joined on the grid by his son Marc in an earlier Formula Atlantic March 73B and both Mercers are contenders for the top six overall.

More stunning cars in this outstanding field include the Ralt RT1s of Steve Seaman (ex-Eddie Cheever car) and Steve Futter, the gorgeous ex-Emerson Fittipaldi Lotus 69 of Roger Bevan and the ex-Derek Bell Brabham BT30. It will be a superb grid for a double-header weekend for one of Europe’s best historic single-seater racing categories.