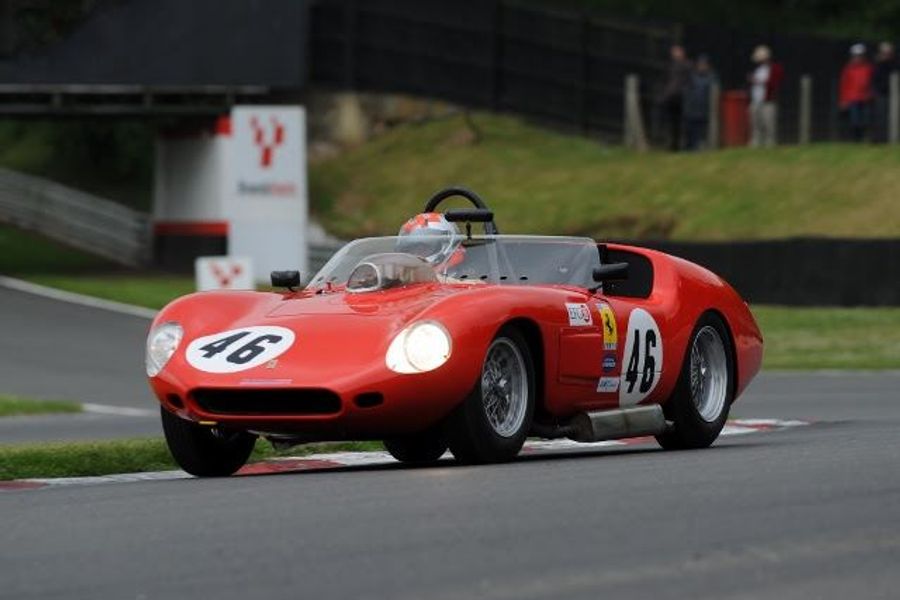 Motor Racing Legends have laid on stunning line-up of races for the Brands Hatch Masters Festival this coming weekend (May 27th-28th) offering their 50s Sports car and Historic Touring Car competitors a rare opportunity to drive the full Brands Hatch Grand Prix circuit.
Competitors of the Historic Touring Car Challenge taking in the Tony Dron Trophy have a double header with qualifying and two 30-minute races on Saturday and Sunday. They have a healthy line-up and with a few of the regulars absent you can expect to see some new faces on the podium. Mark Smith with his BMW M3 E30 is a potential race winner but at Donington, Smith was out-paced by Steve Dance in his Ford Capri RS2600. Dance is back and could be the one to watch but he will need to keep an eye on his mirrors for Ric Wood sharing his 3.5 litre Ford Capri with BTCC racer Adam Morgan.
Other competitors lining up at Brands Hatch include Patrick Watts out with his 1994 MG Metro Turbo driving with the super talented front-wheel-drive expert Nick Swift and Peter Hallford joins the line-up in his 5.8 litre Ford Boss Mustang.
For the 50s Sports car competitors, qualifying sessions are all on the Saturday and their races are on the Sunday. In the Stirling Moss Trophy Chris Ward heads up the entry list in the JD Classics Lister Costin fresh from his success at Donington. The stunning red Ferrari 246S (pictured above) returns to the grid for the first time this season, driven by Sam Hancock and Gregor Fisken to offer some serious competition, there is also a duo of Lister Knobbly cars likely to be vying for a top spot. Will Nuthall drives the Woods family Lister with Tony Wood and Gary Pearson /Carlos Monteverde return in their Lister Knobbly.
Two Lotus 11 also line up at Brands Hatch, Jason Yates driving with Ben Mitchell; Philip Champion in a Lotus 11 Le Mans and Serge Kriknoff in a Series 1; Michael Gans also join the grid in a Lotus 15.
In the Royal Automobile Club Woodcote Trophy race Pearson and Monteverde return in the stunning ex-Jim Clarke Jaguar D-Type. Serious competition will come from Blakeney-Edwards driving solo in the Cooper T38 and the ex-Tony Crook Cooper Bristol T24/T25 of John Ure and Nick Wigley are also likely to be in the lead pack after their stunning performance at Donington to finish third overall.
Other exciting cars include Phillip Champion driving a Frazer Nash Mille Miglia, Rudiger Friedrichs returns driving a Jaguar C-Type and Guillermo Fierro Eleta drives with Steve Hart in a Maserati 300S. Donington pace setters of the Healey 100s gang Paul Mortimer also returns to the grid.