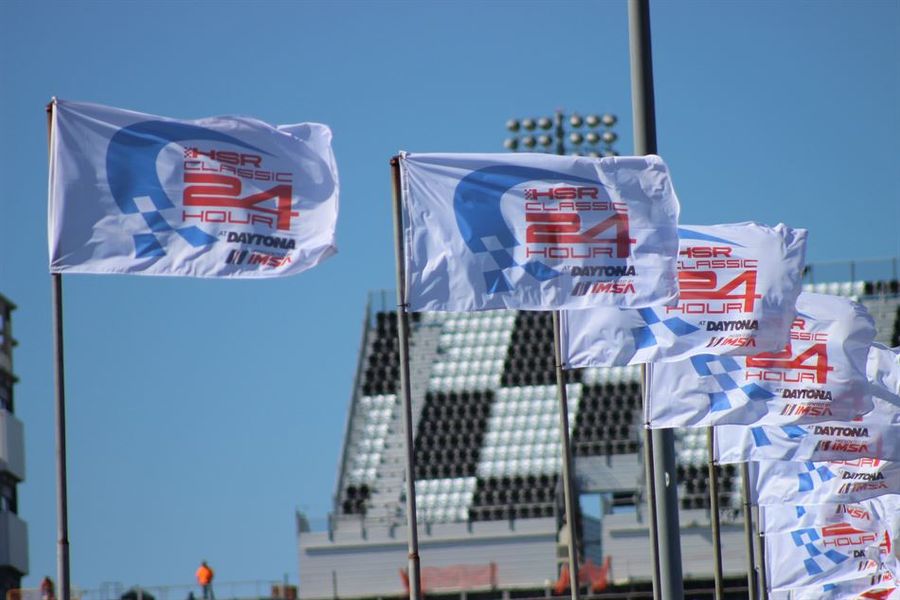 The Historic Sportscar Racing (HSR)  Classic Daytona presented by IMSA returns to Daytona International Speedway (DIS), November 7 - 11, and the fourth running of the premier HSR event has already seen its first U.S. and International entries and the launch of 2018 ticket sales.

Debuting in 2014, the HSR Classic Daytona presented by IMSA will once again feature this year six groups of historic and vintage sports cars competing twice-around-the-clock on Daytona International Speedway's 3.56-mile road course. The event weekend is set to take place this November 7 - 11 with practice, qualifying and Daytona Historics HSR Sprint and Enduro races preceding the Classic Daytona, which is scheduled to start at 1 p.m. ET on Saturday, November 10.

Although the 2018 HSR Daytona Classic presented by IMSA is still just under four months away, early entries from within both the U.S. and overseas have already been received for the event.

Gray Gregory, who took the Group A victory in the 2015 HSR Daytona Classic, has already confirmed his participation in the 2018 event. After scoring his 2015 win in a Chevron B16, this year Gregory will compete in his equally quick yellow-and-black-striped 1973 No. 26 Chevron B26.

Entries have also been received from competitors in Great Britain, including a 1964 No. 88 AC Shelby Cobra that will be co-driven by Mark Freeman and Nigel Armstrong. The entry is being fielded by RW Racing Services, the England-based race preparation shop that has extensive experience in the "HSR Classics" at Daytona and Sebring, including a 2017 Classic 12 Hour Group A win by Andrew Beaumont and Nigel Greensall in the 1966 No. 96 McLaren M1b.

Spectator tickets for both the HSR Daytona Classic Presented by IMSA and HSR Sebring Classic 12 Hour are now on sale exclusively through online purchase at http://www.hsrtickets.com/.