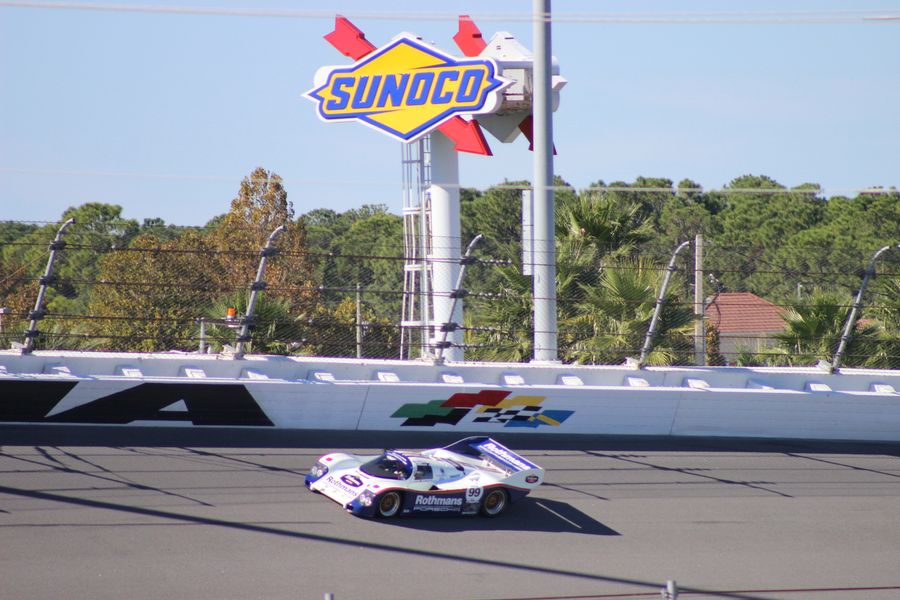 Our team have already been busy at HSR’s Classic Daytona today, with Jim Roller and Paul Tarsey in the middle of a marathon session in the Daytona commentary box. With the modern Trans-Am cars out on the famous circuit, Paul took the time to give us an update on the meeting so far:

“Today at Classic Daytona is all about practice rather than qualifying, everybody gets a day and night session and already we have some people using the time to get up to speed while others are out doing really quick laps. 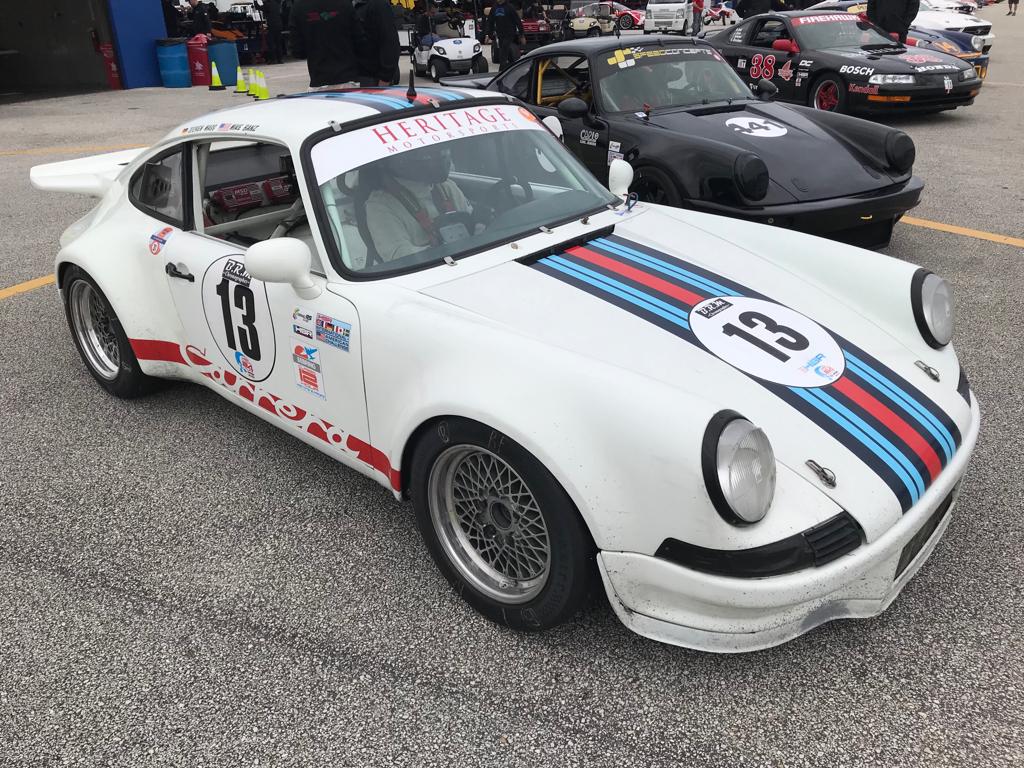 “There is lots of set up work going, it is interesting that as the cars get more and more sophisticated the process of testing is more detailed than for the older cars. The cars from the most recent run group, that has the Peugeot 908 and the Audi R8s in it, spend much more time in and out of the pits than the early 911s as an example, which are pretty well sorted already and much less complicated.

“As we talk now the Trans-Am cars are out on the circuit, the modern cars a contrast to a lot of the historic on show but it is the final round of their championship and there is a big field for the race. Although a current race series, it is nice to take the opportunity to see them as it is a series we don’t usually get to hear much about in the UK. 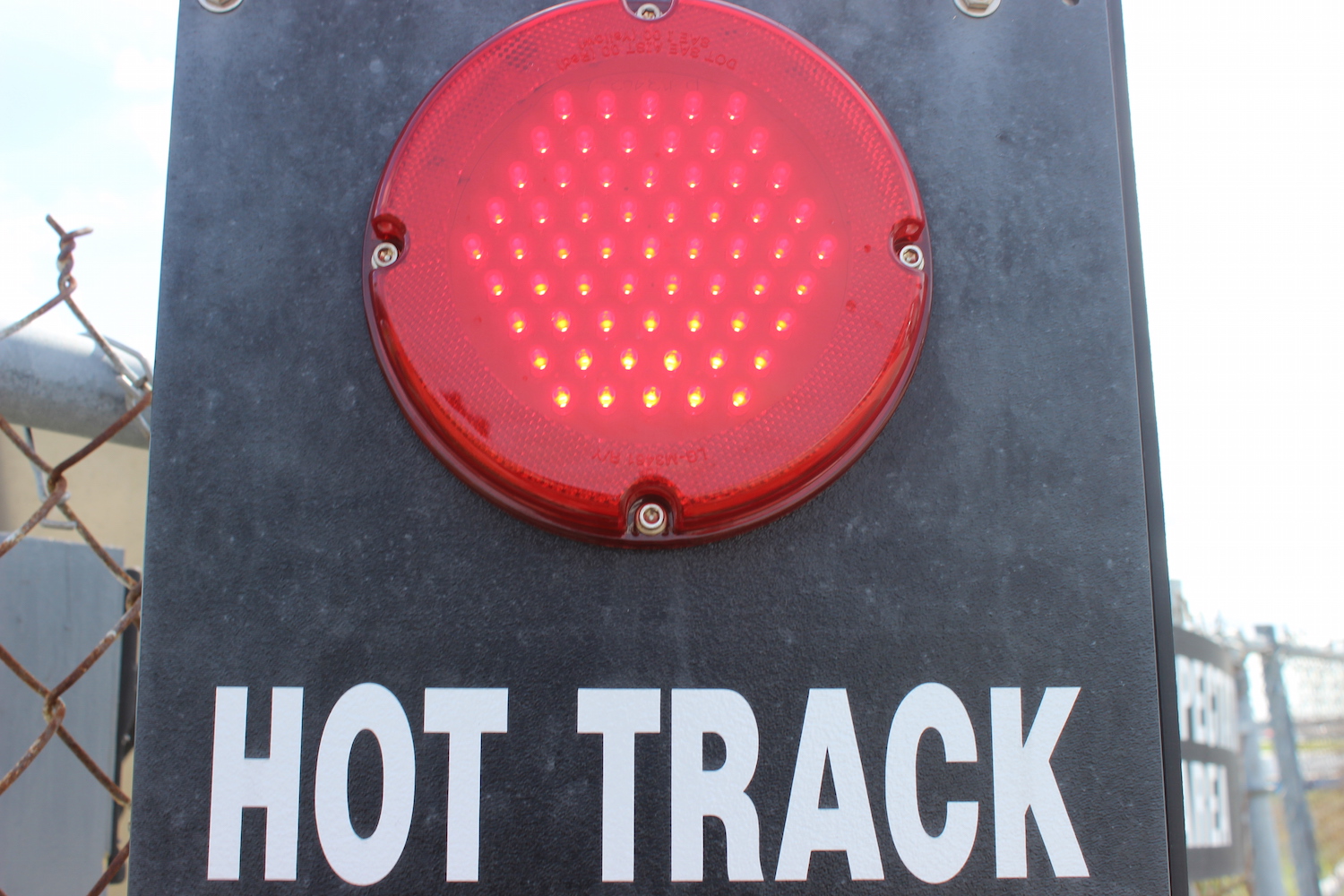 “This Daytona looks to be up to the standard of previous years, with the standout new car maybe the Peugeot. It is always nice to see the Pescarolos out on track, and something Jim and I were talking about on air this morning is that seeing those cars on track it is strange how quickly you get nostalgic about some cars.

“I can remember when I first saw a Porsche 962 through nostalgic eyes at the Goodwood Festival of Speed, and we are beginning to look at the Peugeot in the same way and that is a car that won Le Mans only 10 years ago. For me, this is the first step looking at some of the newer cars here from an historic perspective.

“In Europe we tend to have a different perception of what is historic, or even vintage, to the approach here. There is a parallel with the Member’s Meeting at Goodwood where we are seeing display laps at close to race speed from cars such as the Bentley EXP8 the Pescarolos and Dallaras, and while some people may not regard the Bentley as historic, for others it will be a car they remember fondly from years ago at Le Mans and memories will pour back!

“We are commentating from the third floor of the Daytona 500 Club building – the tallest building in the paddock and opposite the start-finish line. We have a great view, but are also right in the midst of the action and can get out between sessions to talk to people. The viewing and access for everyone here is brilliant. 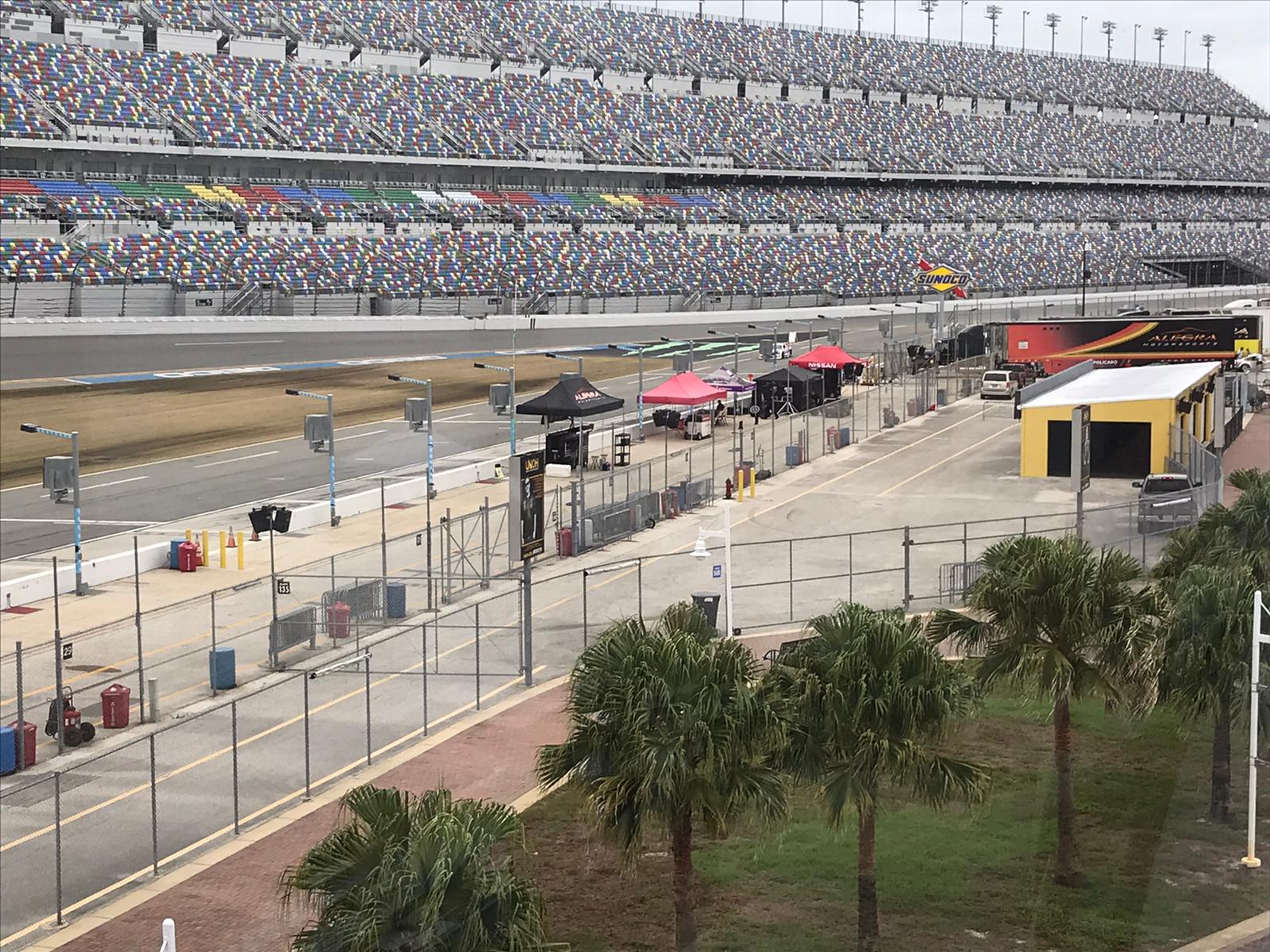 “There can be a perception that Daytona is a NASCAR track, the oval and not much else, but the infield sections turns this into a completely different circuit and one that has a long history of its own – the 24-hours was first run here in 1966. This is a circuit that had the Ford GT40s and Mark IIs, the Porsche 917s and Ferrari 512s, drivers such as Pedro Rodrigues, Mark Donohue, David Hobbs all racing here, a heritage that puts it right up with most classic circuits.

“Tomorrow we have qualifying, but it is done in an unusual way! We have qualifying races…they are timed races but it is not the winner who takes pole, it is the car that sets the fastest lap time. You can either treat it as a race and try to win it, or as pure qualifying, come in after three laps or so, get your tyre pressures right, and go for a time. I’ve never come across it anywhere else, but we have had people travelling along way to be here and it gives them more competitive track time, and HSR are all about giving their customers a great experience.”

“Tomorrow we have the driver panel (see our separate story) which we have exclusive rights to record and bring to our audience, but for now it is back to the commentary box, we are on duty until 10pm tonight!” 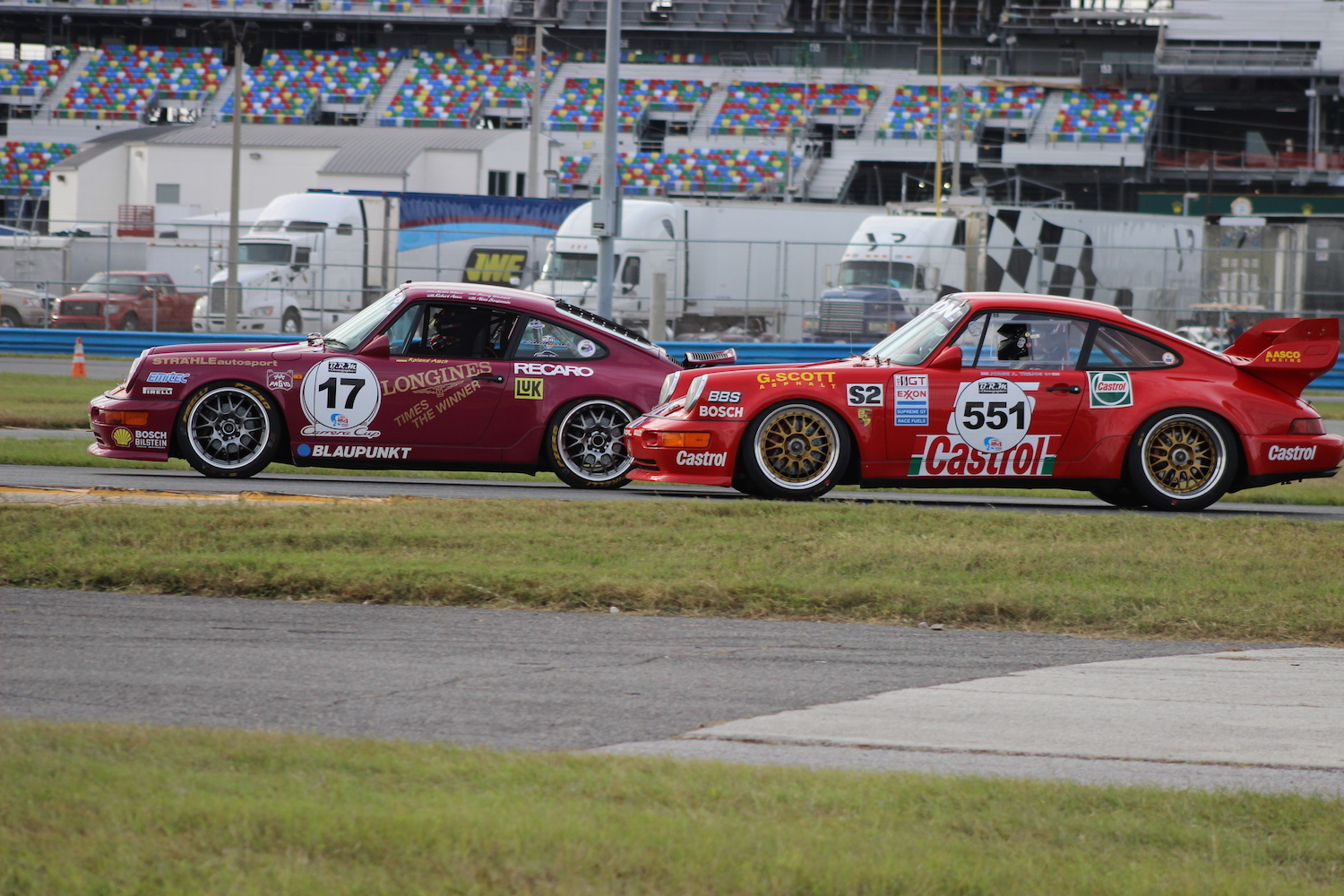