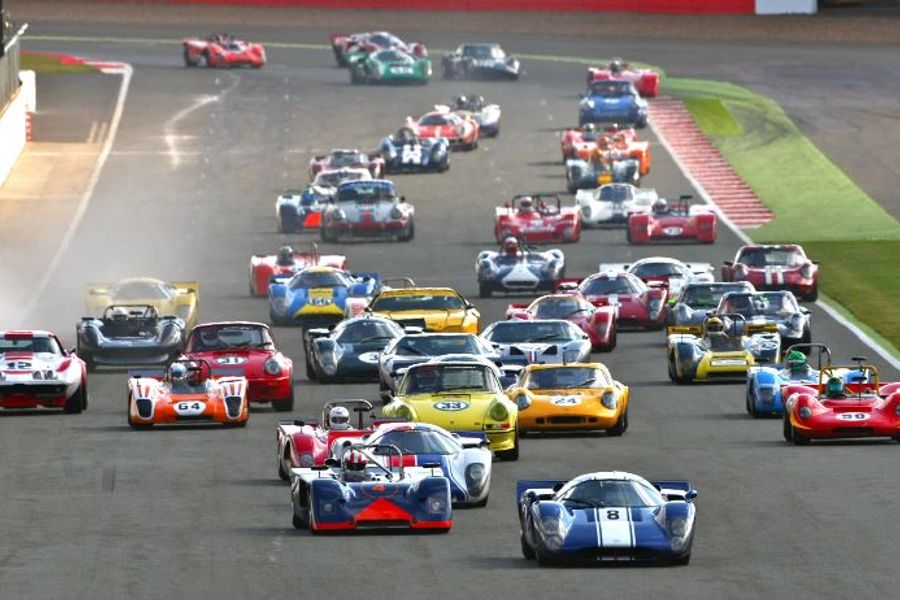 With its first-ever six-figure attendance, more than 1,000 race entries, an unprecedented number of car club displays and in excess of £5m of cars sold at auction, this year’s 25th anniversary Silverstone Classic was another massive record-breaker.

On top of those remarkable milestones, there were stand-out race victories for a number of notable drivers. BTCC champions Matt Neal and Gordon Shedden teamed up to win the Under 2 Litre Touring Car showdown in their Lotus Cortina while Tim Harvey won both Maserati Trophy races for HGPCA Pre ’66 Grand Prix Cars in the ex-Bruce McLaren Cooper T51 – his first single-seater success for more than 25 years.

Martin O’Connell and rainmaster Simon Hadfield were also among the victors. O’Connell, indeed, was presented with the Motor Sport magazine Driver of the Weekend accolade for his victories in the HSCC Guards Trophy, FIA Masters Historic Sports Cars and the International Trophy for Classic GT Cars (Pre ’66).

For those who missed all the thrilling action, an hour-long highlights programme will be screened on ITV4. The first broadcast is at 8:00pm on Wednesday 12 August with follow-up repeats at 10:45am on Sunday 16 August plus two further screenings later in the year.

While last month’s massive extravaganza further established the annual event as the World’s Biggest Classic Motor Racing Festival, plans are already well underway to ensure next summer’s Silverstone Classic is even bigger and even better. While fans can expect to see the return of Europe’s finest retro classes including the Masters FIA Historic Formula 1 Championship, Super Touring and Classic Pre ’66 GTs, some exciting new races will be added to the bill.

“The grids are full and we’ve got other grids that are clamouring to come,” enthused Nick Wigley, Event Director. “We’ll definitely have a major Can-Am race next year to mark 50 years since the series started in 1966. We want to encourage owners around the world to start preparing their cars for what’s going to be a fabulous, crowd-pleasing and ground-shaking field of 50-plus entries. I know John Grant, the BRDC Chairman, has delayed the sale of his McLaren M8 C/D just to be part of this great celebration.”

Wigley has also confirmed that he would like to see more recent F1 cars joining the Legends of Modern Formula One line-up introduced for the first time this year. “We’ve had interest from a couple of current teams and I’m hoping we can get heritage cars from several of them to add to the spectacle. That will bring in a younger audience,” he explained.