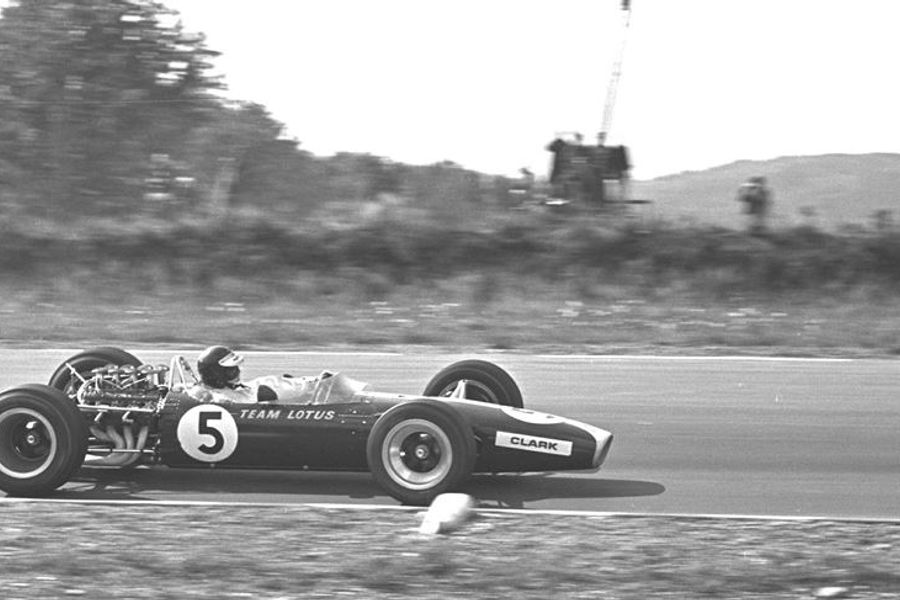 On a bright summer’s day in June 1967, the combined talents of Colin Chapman, Jim Clark, Mike Costin and Keith Duckworth changed the course of Formula 1 racing when Clark drove his Lotus 49 to a resounding win in the Dutch Grand Prix at Zandvoort. It was the first outing not only for the Chapman-designed Lotus but, significantly, also for the Ford Cosworth DFV engine that powered it. ­
The DFV, standing for Double Four-Valve, was a 3.0-litre V8 racing engine developed by COStin and DuckWORTH’s Cosworth company and funded by Ford. An instant success, the engine went on to dominate Grand Prix racing for the remainder of the 1960s, through the entire 1970s and into the 1980s.
Between 1967 and 1985, the DFV won 155 Grands Prix from 262 races. Its last win came at the 1983 Detroit Grand Prix when Michele Alboreto took the honours in a Tyrrell while at the 1985 Austrian Grand Prix Martin Brundle, also in a Tyrrell, became the last man to race the DFV in F1. In various forms, this remarkable engine also enjoyed success in sports car racing, including a win at Le Mans, and also formed the foundation of the ultra-competitive F3000 single-seat series.
To celebrate the 50th anniversary of that 1967 debut win, Cosworth will be showing not only a DFV but also a number of the cars it powered in a special display at Historic Motorsport International (HMI).
Dedicated to historic motorsport in all its forms, HMI will be held at ExCeL London from 23rd tot he 26th of February and is aimed at anyone with an interest in classic racing and rallying.
“Cosworth was founded in 1958 and initially operated solely in the motor racing world. Today we remain the market leader in the development and supply of electronics to the global motorsports market and we are also actively involved in the drive towards connected, autonomous road vehicles and intelligent mobility.
“But there is no doubting the significant role played by the DFV in our story and we are delighted to be able to celebrate this achievement at HMI,” said Bruce Wood, Managing Director – Powertrain, Cosworth.
“Anyone watching motor racing from the 1960s onwards will be aware of the place the DFV has in motorsport history. During the 1970s, for example, every car on the F1 grid, bar the Ferrari, was powered by a DFV. We are honoured that Cosworth has chosen HMI to launch the 50th anniversary celebrations of this highly significant British engineering achievement,” said HMI said show director Ian France.
HMI promises a feast of motorsport nostalgia for everyone. Historic Formula 1 will be represented not just by Cosworth, but also by FORCE who will be showing cars from the 1990s, while the Historic Sports Car Club (HSCC) will be celebrating another golden anniversary, this time marking the 1967 launch of Formula Ford.
HMI will also have stands and displays from organising bodies, suppliers, preparation experts and specialist dealers – more than 100 classic competition cars will be offered for sale at the show. Other features include the inaugural Historic Motorsport Conference, which will examine a number of topics central to historic motor sport.
Historic Motorsport International DFV Cosworth HMI