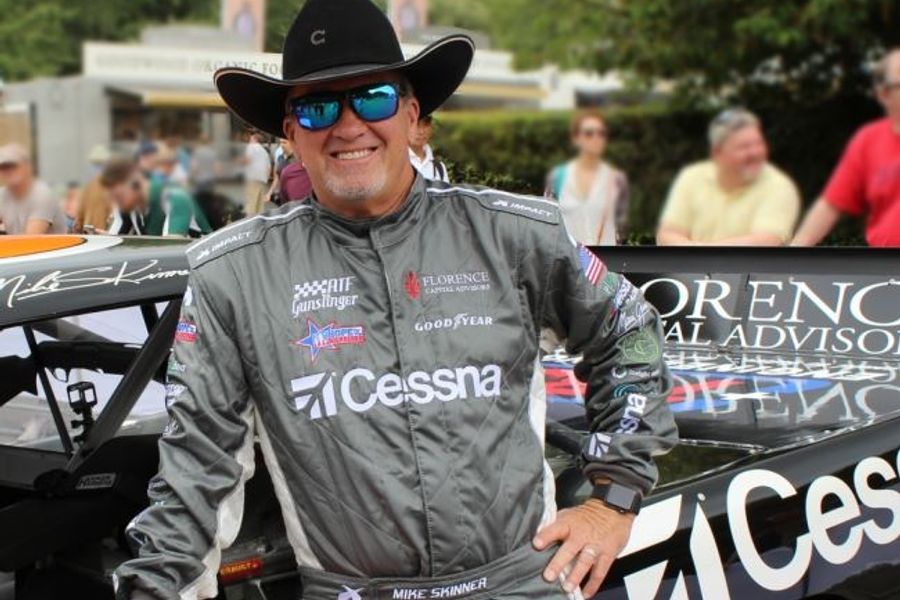 Sportscar Vintage Racing Association (SVRA) announced this week that two more champion drivers with great NASCAR credentials have entered the “American Racing Legends Charity Pro-Am Presented By RACER Magazine.” The new pro-am race will take place at Virginia International Raceway (VIR) on September 22. Mike Skinner and Wally Dallenbach Jnr. join NASCAR Cup Champions Bill Elliott and Bobby Labonte who announced their entries in the race last week.
“After all our success with the original SVRA charity pro-am at the Indianapolis Motor Speedway, it is exciting to pull together a second one featuring NASCAR veterans,” said SVRA CEO Tony Parella. “Wally and Mike are exemplary figures in motorsports. SVRA is proud to be associated with these fine men.”
The VIR event will benefit IGNITE – the Autism Society of North Carolina’s community center for young adults with high-functioning autism or Asperger’s syndrome. IGNITE was founded by The Evernham Family Racing for a Reason Foundation – a nonprofit established by legendary NASCAR crew chief Ray Evernham and his family. Evernham has raced in the Indy Legends Charity Pro-Am Presented By RACER Magazine the past three years, and will serve as one of the amateur drivers at VIR.
Skinner won the 1995 NASCAR Camping World Truck Series championship for legendary team owner Richard Childress. Childress had noticed his domination of the Caraway Speedway track championship as well as numerous other late model victories across the Carolinas the previous year and selected him to drive for his team in the inaugural season for NASCAR Trucks.
Skinner rewarded Childress’ trust by scoring 16 victories for the black No. 3 Goodwrench Truck across two seasons. He has a career total of 28 race wins and 50 poles in NASCAR Truck competition. In 1997 Childress promoted Skinner to join the great Dale Earnhardt Sr. as his teammate in NASCAR Cup competition. He again delivered by winning the 1997 Rookie-of-the-Year title as well as six pole positions and a pair of exhibition race wins in Japan.
In 2013 he was recognized for his accomplishments when he was inducted into the West Coast Stock Car Hall of Fame. Skinner has continued his career with occasional races as well as hosting the NASCAR Radio show, “Skinner Round-up” with his wife Angie on SiriusXM. Last month he drove a NASCAR Truck up the world famous hill climb at the Goodwood Festival of Speed.
Dallenbach launched his professional racing career in the Trans Am series in 1984. He was immediately successful, winning the Rookie-of-the-Year title. The following year he won the championship for Jack Roush’s Mercury Capri to make him, at 22, the series’ youngest champion.

He repeated as champion again in 1986 for the Protofab Camaro team. These championships earned him an invitation to the elite IROC invitational series in 1987. Other outstanding accomplishments include four class wins in the 24 Hours of Daytona and the 12 Hours of Sebring. Dallenbach began an eleven-year NASCAR Cup career in 1991; scoring 23 top tens – two coming in the Daytona 500 – in 226 races. In addition to NASCAR Cup and Trans Am, the versatile Dallenbach has competed in NASCAR Truck, Xfinity, IndyCar, IMSA Camel GT, and a win in the open wheel division at the Pikes Peak International Hill Climb. He extended his career by becoming a motorsports commentator for TNT and NBC. Dallenbach has also served as a chief steward with the Trans Am Series Presented by Pirelli.