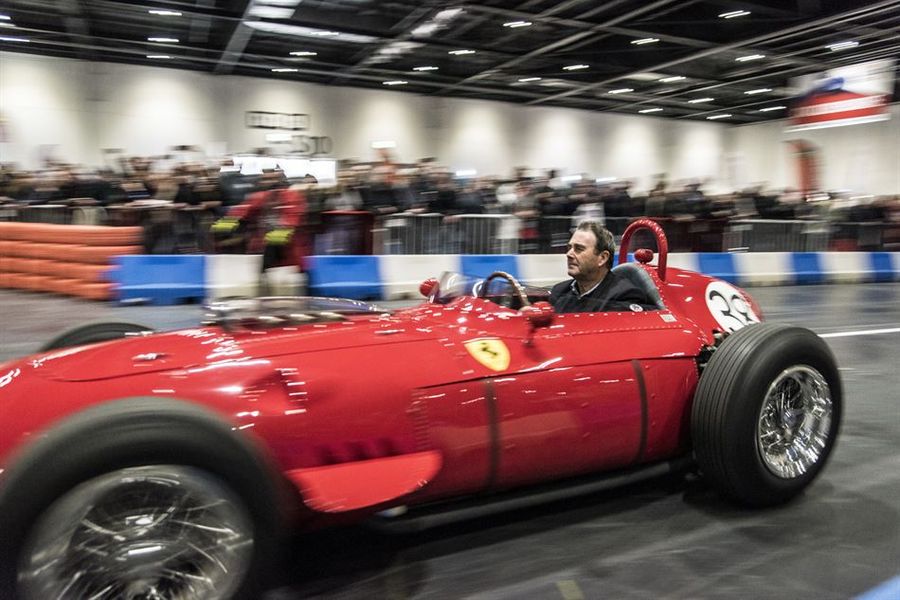 The 1992 F1 World Champion entertained Sunday crowds with some dazzling driving displays on the show’s central Grand Avenue, a unique quarter-mile long highway running through the centre of the exhibition hall. Mansell announced his arrival at the event with a thrilling wheel-spinning entrance behind the wheel of a Jaguar E-type inspired Eagle Speedster.

Later in the day, he returned to drive a Ferrari 246 Dino F1 front-engined Formula One car from the late fifties plus a 1993 Benetton-Ford B193 as raced by Michael Schumacher in period. Mansell was also reunited with some of the cars which he raced during career with a special display that featured a 1977 Crosslé 32F, the junior single-seater in which he first cut his teeth competing in Formula Ford, and his title winning Williams-Renault FW14.

“I’ve got to say that I’ve been pleasantly surprised at just how great this London show is,” enthused Mansell. “It’s always wonderful to see some of my old racing cars and to meet the fans – and they’ve have been absolutely brilliant. To drive cars indoors was pretty special, too – I’ve had a lot of fun and I hope those who came to see me, and the show, enjoyed themselves as much as I did.”