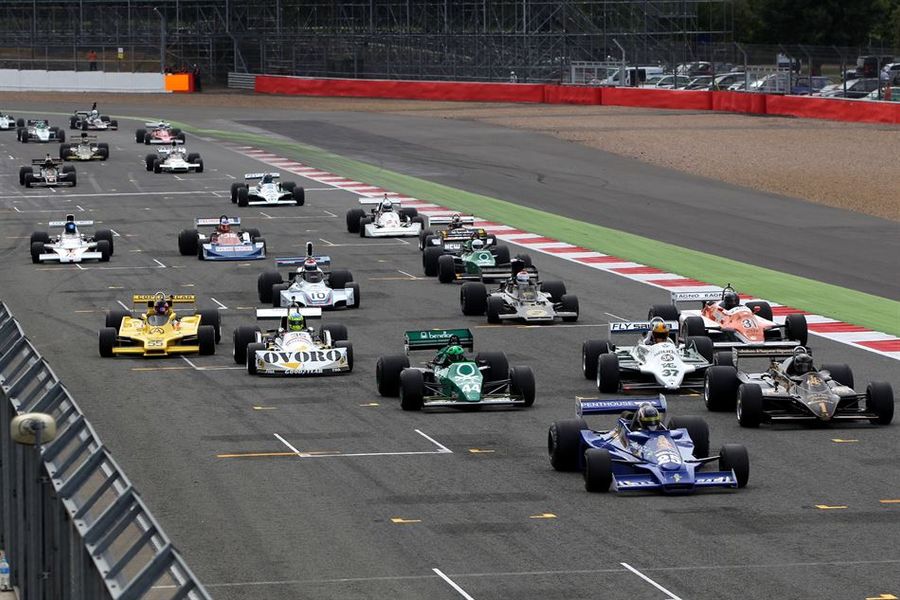 The biggest-ever grid of great Grand Prix cars from the revered DFV era will be among the major highlights at this summer’s 25th anniversary Silverstone Classic (24th to the 26th of July). These are the glorious three-litre cars from the careers of legendary drivers such as Jackie Stewart, James Hunt, Niki Lauda, Mario Andretti and Emerson Fittipaldi. It was a magical era when Cosworth DFV power plus a creative designer could win races long before wind tunnels, hybrids and energy drinks were invented. Featuring an evocative array of crowd-pleasers from the 1966 to 1995 epoch – all still in their unforgettable period liveries – the FIA Masters Historic Formula One Championship is seen as the most important series in historic racing. And at this summer’s Classic it’s all set to boast a record field with an unprecedented 43 cars already confirmed for the two spectacular showdowns on Saturday and Sunday afternoons. Moreover, as part of the event’s Silver Jubilee celebrations, and for one year only, both stand-out races have been symbolically extended to 25 minutes. The mouth-watering line-up includes no fewer than eight Williams from the early eighties. One of these is the FW07C that Alan Jones took to second place in the 1981 Monaco Grand Prix and is now raced by Paolo Barilla, the one-time Minardi F1 driver and Le Mans 24 Hours winner. The bumper entry also includes six Tyrrells, four Marches, trios of Lotuses and Shadows plus pairs of Brabhams, Ensigns, Fitipaldis and Heskeths. Other renowned constructors already on the grid include McLaren, Surtees, Penske as well as a 1981 Ligier JS/17 with its wonderful V12 Matra engine. “The Silverstone Classic is always a highlight of the Masters Historic Racing calendar, and the strength of the entries through all the races we are managing demonstrates how popular the event is with our drivers,” said Masters Historic Racing Event Manager Rachel Bailey. “We hope to be presenting our biggest-ever grid in the FIA Masters Historic Formula One Championship, with an unprecedented entry of over 40 cars, a line-up with which we are absolutely delighted and one which should provide many memorable sights and sounds!”   “Anyone who has been to the Classic knows just how evocative and exciting these Masters F1 races are when set on the full Silverstone Grand Prix circuit,” enthused Nick Wigley, Event Director. “Last year’s second race was just incredible with the five leading drivers swapping places throughout. Now it’s a mouth-watering prospect to think we are going to see even more of the amazing cars and even longer races in July. It’s certainly a spectacle no F1 fan will want to miss.”