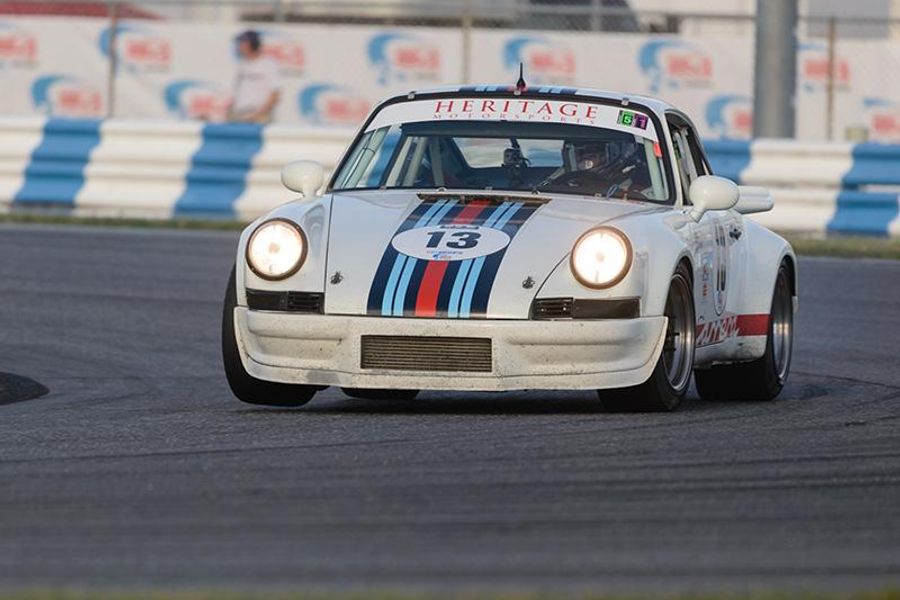 The first race winners of the 2018 HSR Daytona Historics were crowned Thursday as the star power for the fourth-running of the HSR Classic Daytona presented by IMSA picked up for the second-straight day with the news that Jordan Taylor will be driving in this weekend's classic 24-hour race.

One day after the addition of three-time Rolex 24 At Daytona winner Joao Barbosa to the Classic Daytona entry list, Taylor was confirmed as a co-driver of the 1974 No. 88 Spirit of Calgary Greenwood Corvette. Taylor will share the French-based 8-liter Corvette with co-drivers Jean Bernard Bouvet and Jim Pla.

"I have been a huge fan of HSR for years now, and I'm a big fan of the history of sports car racing, obviously, growing up with my Dad," Taylor said. "I have seen pictures and videos of him racing Porsche 962s and everything else he drove over the years. We used to come to this event the past couple of years and just walk the paddock, look at the cars and go watch in the corners."

Taylor has raced for his father's Wayne Taylor Racing team for the last six years, recently wrapping up the 2018 IMSA season with a victory at Petit Le Mans in the No. 10 Konica Minolta Cadillac DPi-V.R.

He has winning experience in Corvettes too and captured his first of two Prototype Championships in 2013 with Max Angelelli in his father's Corvette Daytona Prototype. Two years later, Taylor co-drove to victory in the GTE-Pro class with Team Corvette at the 24 Hours of Le Mans.

"I reached out to (HSR President) David Hinton this year and he was able to get me in the Greenwood Corvette, which is awesome," Taylor said. "I am obviously an American driver and have a lot of history with Corvette, from racing at Le Mans with them and here in the States. It's cool to get in that car with them, we will get some laps in tomorrow and have a good weekend."

Oliver Bryant scored overall and American-class honors in his 1965 No. 69 Mustang 2+2 in the Sasco Sports race. He shared the overall podium with the 1966 No. 06 Corvette Grand Sport roadster of debuting Daytona driver Walo Bertschinger and third-place finisher Mike Banz in his Heritage Motorsports 1974 No. 13 Porsche 911 RSR.

In addition to the overall podium showing, Banz won the Porsche class and led a string of the Stuttgart sports cars across the line to complete the top five. Yves Scemama finished fourth overall and second among the Porsche contingent in his No. 52 1974 Porsche 911 RSR from Heritage Motorsports while Jack Beck was fifth overall and a close third behind Scemama in his Beck's European No. 59 1972 Porsche 914/6.

Adam Lindeman joined Bryant and Bertschinger on the American class podium with a third-place showing in his 1966 No. 704 Shelby GT350 that was also a sixth-place overall finish.

The Sasco Sports race International class was an all-BMW affair with the class victory going to Robert Albino in his Hudson Historics 1999 BMW Z3 Coupe. Aaron Nash was second in his 1997 No. 83 BMW M3 from Crucial Motorsports. David Russell completed the top three in the Heritage Motorsports 1973 No. 42 BMW CSL owned by Dick York.