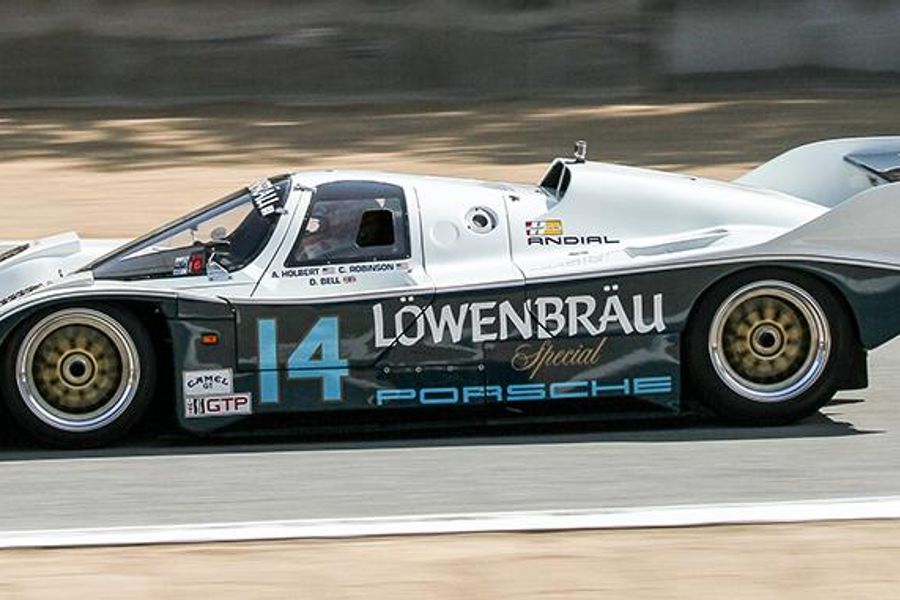 The entry list for the fifth Historic Sportscar Racing (HSR) Classic Daytona presented by IMSA, November 13 - 17, at Daytona International Speedway (DIS) was officially announced this week by HSR officials, and the 2019 edition the Classic 24-Hour race at the "World Center of Racing" is on track to be the biggest running of the race to date.

Currently showing over 300 drivers in more than 175 entries from 15 different countries, the list includes an impressive collection of past and current champion drivers, sports car racing legends, motorsports notables, rare and priceless historic sports cars and much more.

One entry certain to steal the spotlight is the legendary Holbert Racing No. 14 Lowenbrau Special Porsche 962 HR1 (pictured above), entered by Kevin Jeannette and Gunnar Racing, that will be co-driven by car owner Rodrigo Sales, Derek Bell, Justin Bell and Gunnar Jeannette.

Holbert Racing built chassis HR1 at the team race shop in Warrington, Pennsylvania and debuted the 962 midway through the 1985 season. The car won 10 races in IMSA competition, including the 1985 season finale at Daytona with Holbert and Al Unser Jr. co-driving.

The HR1 returns to Daytona for its second Classic 24-Hour race appearance but the first with Derek Bell on the driver lineup. Bell is a three-time winner of the Rolex 24 At Daytona, with the first pair of wins back-to-back victories with Holbert and Unser in 1986 and 1987 in an earlier No. 14 Lowenbrau Special Porsche 962. Bell made 20 career starts in 24- hour races at Daytona, beginning in 1971 when he co-drove a Wyer/Gulf Porsche 917K with Jo Siffert. His last appearance was in 2003, co-driving a Jim Derhaag Corvette with his son Justin, who had the fastest lap in qualifying.

Car owner Sales has been an emerging talent in both IMSA and World Challenge GT4 and Touring Car competition in recent years, with Gunnar Jeannette among his co-drivers.

Kevin Jeannette's son - and the namesake of his father's long-running Gunnar Racing team - Gunnar is an accomplished professional driver in his own right. His titles include the 2011 IMSA Le Mans Prototype Challenge (LMPC) "PC" championship and a Petit Le Mans GT Daytona (GTD) class victory with WeatherTech Racing in 2018.

The 2019 Classic Daytona presented by IMSA will be the first running of the race with a reformatted and expanded Run Group structure. The major change is the division of the original Group E into two distinct classes, each featuring modern but retired prototypes and GT race cars from this century. 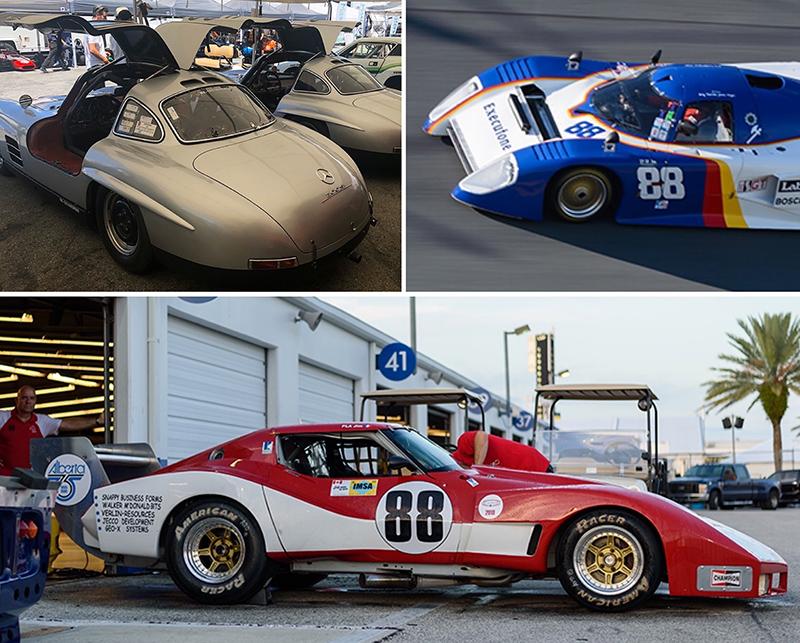 Run Group E remains a showcase of such iconic machines as the Audi R8 LMP, Pescarolo Judd LMP, Peugeot 908 HDi FAP and Lola B07 LMP race cars that compete in the group with Daytona Prototype International (DPi), LMP2 race cars and others just past their prime.

Always an HSR Classic Daytona highlight, Group E is bolstered this year with a trio of Pescarolo Judd entries determined to beat three-time and defending winners Rogers Motorsports and its 2005 No. 38 Audi R8 LMP and co-drivers Andy Wallace, Doug Smith and James Gue.

The Pescarolo contingent includes the debuting 2011 No. 99 ERA Motorsport entry of Jamie Constable from Great Britain (pictured above). Two 2007 Pescarolos have also been entered from GMT Racing for Juan Gonzalez and Butch Leitzinger in the ex-Rollcentre Racing No. 18 and a similar Judd-powered No. 16 entry for Randy Johnson and Nick Boulle. Gonzalez and Leitzinger co-drove the No. 18 Pescarolo to a Run Group win in the HSR Classic Sebring 12 Hour in 2017 and now want an HSR Classic Daytona victory to go with it.