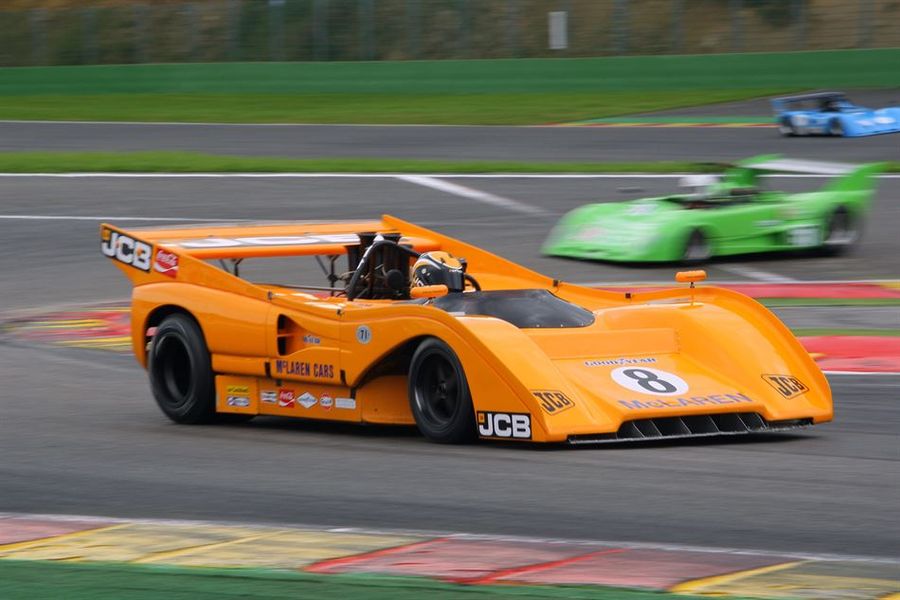 A highlight of 2016 is already looking to be the return of the mighty Can-Am sports cars to UK race action at Brands Hatch, Donington and Silverstone! As part of Can-Am's 50th anniversary celebrations, Masters Historic Racing will organise a three-race series for the ground-shakers, which will include classes for prototype cars from the late ‘60s and ‘70s, culminating in a special double-header of showcase races at the Silverstone Classic in July. Action begins in May on the Brands Hatch Grand Prix circuit, before the CanAm 50 Interserie Challenge series heads to Donington Park (July 2nd and 3rd) and then ends at Silverstone (July 29th to the 31st). In period, Can-Am was about everything in-excess, allowing thundering engines, excessive horsepower, huge wings and nerve-tingling sounds and the new Masters triple-header of races will aim to recreate those heady days. There will be two classes for Can-Am cars within the races; one or the later 1970s cars and one for the earlier 1960s cars, along with a class for the later, smaller-engined sports-prototypes that ran in the Masters Interserie Revival series a few seasons back. Rachel Bailey, Masters Historic Racing Event Manager, said: “CanAm cars always stop people in their tracks! They look exciting, sound superb and we are very pleased to be organising this celebration series in tandem with the Silverstone Classic where the cars will take centre stage. We are sure that many cars from across Europe will seize the opportunity to take part and it will be gratifying to see them return to the circuits again. We are keen to attract the earlier cars, many of which race with us now, and offer fans a snapshot of the history of CanAm racing.” “There’s been an incredible buzz since we announced our intention to include CanAm races in 2016,” reported Nick Wigley, CEO of Goose Live Events, the company responsible for the Silverstone Classic. “Now the addition of these two extra races will just fuel those fires and ensure the 50-year milestone is marked in memorable style with some truly fantastic races next summer. Rather like Group B in rallying, these fearsome Can-Am creations have rightly reached legendary status and to have so many of them back racing is really going to catch everyone’s imagination.” Leading CanAm racer Andy Newall is equally enthusiastic: “I can’t wait for the CanAm 50 series to get started. These cars are fabulous to drive: they are quick, they reward the driver and they make a great sound as well. A full grid of CanAm cars at Brands Hatch, Donington and Silverstone will be tremendous and fans will be treated to some very spectacular racing. We’ve been starved of seeing these beasts racing regularly after the demise of the old Supersports series so this is a great initiative and I hope it tempts lots of cars out of garages.”