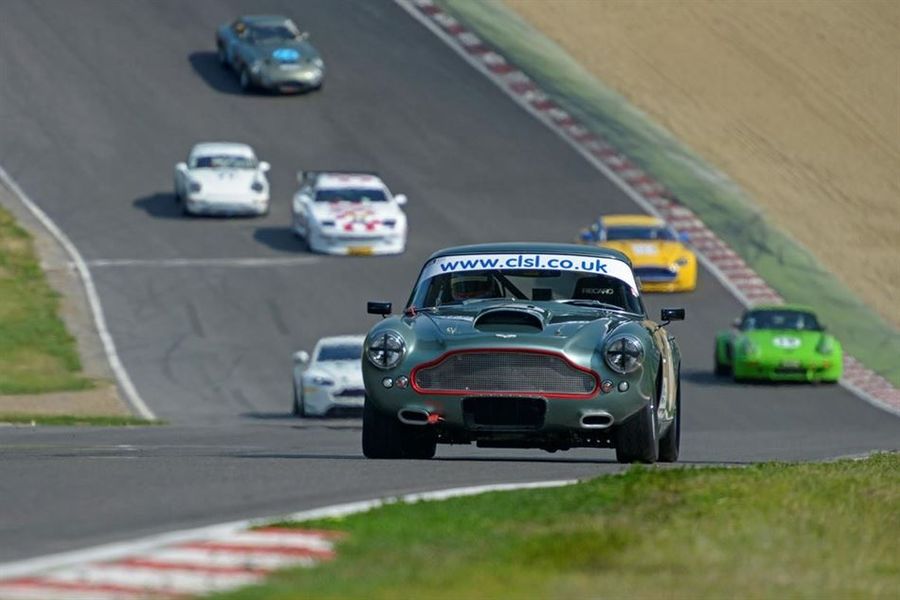 Brands Hatch hosts an alternative to Goodwood this coming weekend as two leading historic racing categories are a highlight of the AMOC Racing Festival at Brands Hatch, which will see over 200 machines spanning ten decades participating in an enthralling programme of 11 races. Motor Racing Legends' Royal Automobile Club Woodcote Trophy for pre-1955 sports-racers has attracted a grid worth many millions including a clutch of fine Aston Martins, flying the flag for the celebrated marque of the weekend. Wolfgang Friedrichs' and Urs Muller’s exceptional DB3S models are complemented by four DB2 and DB3 racers. Christopher Mann’s iconic 1953 Alfa Romeo 6C ‘Disco Volante’ should not be missed as it goes head to head with Roger Buxton’s historic 1954 HWM. John Ure is the favourite for victory after success at the recent Monaco Historique Grand Prix in his 1953 Cooper Bristol if he can overcome the challenge of Ben Eastick’s 1955 Jaguar D Type. Duncan Wiltshire of Motor Racing Legends commented, “Motor Racing Legends is delighted to be supporting the AMOC Brands Hatch meeting with our race for the Royal Automobile Club Woodcote Trophy. To see such iconic cars running on the full Grand Prix Circuit will be a very special spectacle.” Original World Endurance Championship raiders of the Pre-1966 era will contest the ‘GT and Sports Car Cup’. Two mandatory pit stops over the hour and a half duration will see team tactics will come to the fore. Jamie McIntyre’s notable Bizzarrini 5300 GT is one of the hot favourites if he can stave-off the challenge from the potent Jaguar E-Types, particularly the four ‘low drag’ models entered. A quintet of AC Cobras will also feature at the front, whilst the GT3 class sees Morgan Plus 4 and Triumph TR4 trying to thwart the domination of the strong Austin-Healey 3000 contingent. Many top-rated drivers will compete in some of the best historic GT and Sports Cars in Europe, including ex-Le Mans racers Sam Hancock and Gregor Fisken, making Sunday’s race un-missible. Supporting the headline races are the highly regarded “Equipe”GTS, Pre-War Team Challenge, Innes Ireland Cup, AMOC Intermarque Championship and AMOC 1950s Sports Cars including the Vredestein Jaguar XK Challenge races from the popular AMOC Racing programme. Building on the success of last year’s Aston Martin Centenary Festival, competitors are certainly relishing the prospect of competing on both the Indy and Grand Prix circuits at the Kent venue. Saturday’s Indy circuit action commences at 9.00am with morning qualifying before the first race, (the AMR GT4 Challenge of Great Britain) at 12.15pm. It recommences with “Equipe”GTS at 2.35pm after the lunch break and an Aston Martin track parade until approximately 6.30pm. Sunday moves to the Grand Prix circuit with the first race, the Royal Automobile Club Woodcote Trophy, opening the afternoon’s competition followed by four further races.