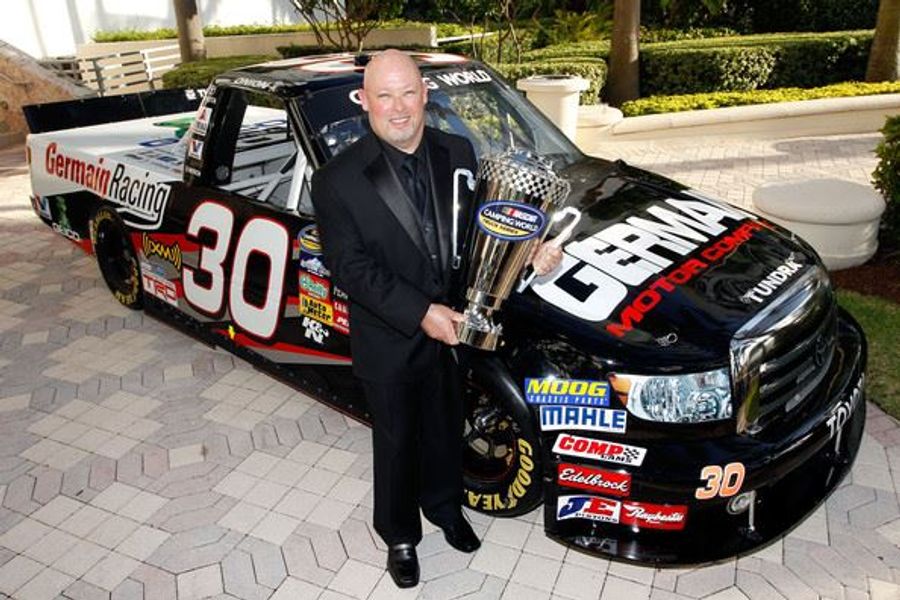 Sportscar Vintage Racing Association (SVRA) have announced that Todd Bodine, champion of the NASCAR Truck Series in 2006 and 2010 and Fox Sports analyst, will be in the starting lineup for the “American Racing Legends Charity Pro-Am Presented By RACER Magazine.” The race will take place at Virginia International Raceway (VIR) on September 22.

The entry list boasts other top professionals with a host of championships across a variety of series including Boris Said, Dorsey Schroeder, Ron Fellows and Wally Dallenbach, Jr. An SVRA promoter’s option adds outstanding open-wheel talent to the otherwise NASCAR field with two-time Indianapolis 500 winner Al Unser, Jr., Willy T. Ribbs, and Max Papis. All have NASCAR credentials and are master road racers.

“I couldn’t be more pleased with the level of response to this charity event in its first year,” said SVRA CEO Tony Parella. “Just in terms of NASCAR race wins alone, the drivers entered so far account for 375 victories. That’s excellence. That’s motorsports history. There will be more.”

Todd Bodine contributed 37 of those wins, with 22 in Trucks and 15 more in the Xfinity series. He won the Truck series championship in 2006 and again in 2010. In a NASCAR career that extends back to a single Busch series (now Xfinity) race in 1986, Bodine has amassed, in addition to race wins, 21 top tens and five poles in Cup competition, 160 top tens and seven poles in Xfinity, and 124 top tens and seven poles in Truck racing. His most recent NASCAR race came in 2017 in Xfinity competition at Charlotte. Bodine comes from a famous and successful racing family with older brothers Geoff and Brett.

In addition to the new Pro-Am, the professional Trans Am Series Presented by Pirelli Series will join SVRA at VIR. Trans Am and SVRA continue to leverage growth for both series by sharing the track at eight event weekends in 2018. This approach delivers a motorsports festival atmosphere.

Fans can expect more of the Hagerty Insurance “show and shine” car corrals and a marketplace of accessory, memorabilia, art, and apparel vendors. The event includes an entire weekend of racing with hundreds of vintage cars competing in a variety of classifications.

The VIR event will benefit IGNITE – the Autism Society of North Carolina’s community center for young adults with high-functioning autism or Asperger’s syndrome. IGNITE was founded by The Evernham Family Racing for a Reason Foundation – a nonprofit established by legendary NASCAR crew chief Ray Evernham and his family. Evernham will compete in the race as an amateur.