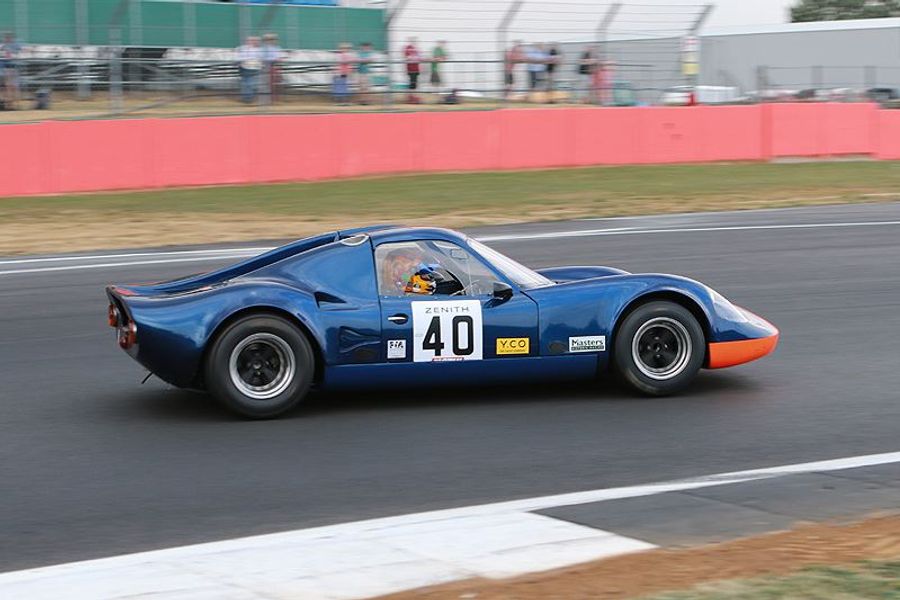 Chevron racers from the 1960s and early 1970s will join the 50th anniversary celebrations for the Chevron B8 at the Historic Sports Car Club’s Oulton Park Gold Cup meeting over the August Bank Holiday weekend (August 25th-27th).

On Bank Holiday Monday a special race will be run for the Chevron B6 and B8 models and a grid of at least 20-cars is expected. Never before has there been a race dedicated to this classic sports-racing car. As well as many UK-based cars, two very early cars will come from Sweden for Kent Abrahamsson and Gosta Petterson.

To mark the celebrations for one of the all-time great sports-racing car designs, the HSCC is co-ordinating a reunion of former Chevron racers and has pledges from more than a dozen period B6 and B8 racers to attend. Chevron employees from the era will also be out in force for this very special celebration of the design genius of the late Derek Bennett.

Those due to attend include Digby Martland, now living in Jersey, who was the first customer for an original Chevron GT (later re-named as a B6) and took the car to Chevron’s first GT win at Oulton Park in July 1966. Alan Rollinson raced a B8 extensively in 1968 and shared the car in the Nurburgring 1000km with the late Mo Nunn, finishing third in class.

Ian Skailes raced a B6 and a B8 in a short but successful career between 1967 and 1970, before retiring, aged just 23, to concentrate on business while Mike Garton raced a B8 in international races in 1970 including the famous Vila Real track in Portugal.

Ian Harrower owned and raced the ex-John Lepp B8 in 1971 and ‘72 while Dr Tony Goodwin shared the B6 of Dr Peter Taggart through 1969 and 1970. John Cardwell shared a B8 with Derek Bennett in the BOAC 500 at Brands Hatch and George Duncan shared a B8 with Trevor Twaites in the 1968 Nurburgring 1000km.

Clive Baker raced a B8 internationally in 1969 as did James Tangye in 1969 and 1970. Former British Hillclimb champion Peter Lawson raced a B8 in 1969 and then raced for Red Rose Racing alongside John Bridges, while Peter Smith, Paul Ridgway and Alan Minshaw all have B8 races on their racing record.

Grahame White, CEO of the HSCC said: “We’ve had an excellent response from former drivers and this will be a very special gathering of drivers who shared in the success story of Derek Bennett’s wonderful cars.”

It is hoped to gather the former racers together for a unique photo shoot during the lunch-break in Monday’s race programme.