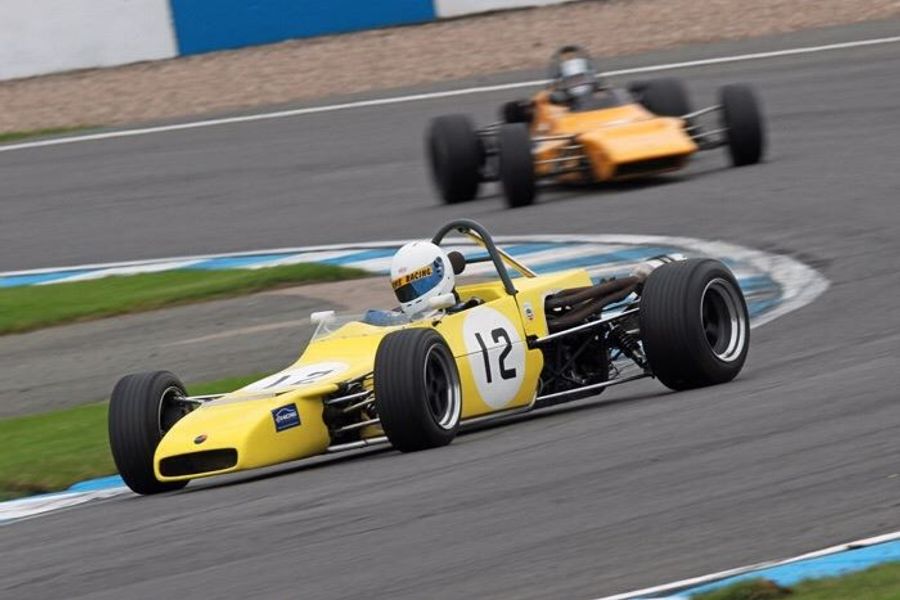 Close and exciting finishes were the order of the day at Donington Park on Saturday 30 May during the Historic Sports Car Club’s annual race meeting at the East Midlands venue. The best finish came at the end of the afternoon with a near dead-heat in the Classic Racing Car Championship round as Ian Jones (Lotus 59) raced to the line side-by-side with Andy Jarvis (Palliser WDB2). Former champion Jones got the nod by just two-thousandths of a second to wrap up the meeting in the best possible style. In another very close finish Andrew Park (Reynard S81) pipped Callum Grant (Delta T78) by four-tenths of a second in the Historic Formula Ford 2000 Championship race, while James Dean (Lotus Europa) narrowly beat Peter Shaw (TVR Tuscan) after a great battle in the 70s Road Sports Championship round. Only a second and a half split them after 20 minutes of racing and several lead changes. Richard Plant took Historic Road Sports spoils as Morgan Plus 8s took three of the top four places. Roger Waite (Lotus Elan) was the interloper and he had to work very hard to hold off the Morgans of Robin Pearce and Kevin Kivlochan as just seven-tenths of a second covered the three cars over the finish line. Richard Evans was a clear winner in the Derek Bell Trophy in his March 79B but another big battle raged over second place and best of the Formula 5000s. This time around, Ian Ashley (Lola T300) took the place by less than a fifth of a second over the Surtees TS11 of Greg Thornton. Local racer David Shaw topped the concurrent Classic Formula 3 contest in his March 803B. Other wins went to Simon Hadfield (Lotus 51) in Historic FF1600, Tim Davies (Lotus Cortina) in ByBox Historic Touring Cars and Martin O'Connell (Chevron B8) in Guards Trophy. GT honours in the 40-minute Guards race went to the TVR Griffith of Mike Gardiner and Dan Cox. In the Historic Touring Car race, the club was pleased to welcome TV ‘dragon’ Theo Paphitis to the grid for his debut race in a Ford Anglia.