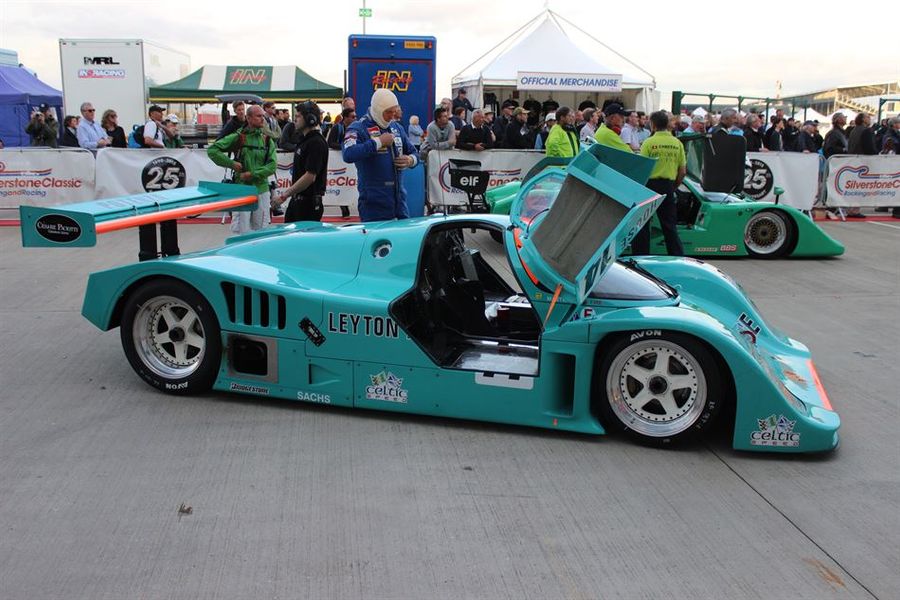 A pair of internationally well-known Porsche 962s are among the latest high-profile race cars entered in this year's Historic Sportscar Racing (HSR) Classic 24 Hour at Daytona, November 12th to the 15th.

Chassis 961-118 ran as the well-known Leyton House/Kremer Porsche Racing entry in the World Endurance Championship and will appear at the Classic 24 Hour for the second time having competed in last year's debut event. The car is being entered by the Irish team Celtic Speed and will be driven by owner Tommy Dreelan and Aaron Scott. Notable drivers that raced the 962 in its competitive career included Sarel van der Merwe and the late Jo Gartner.

Chassis 962-141 was one of the famous Tic Tac sponsored 962s run by Jochen Dauer Racing and the car previously competed in the Rolex 24 At Daytona and the 12-Hours of Sebring in 1990. Also raced in Europe, the car was piloted by such famous drivers as Hans Stuck, Al Unser Jr., Bobby Unser, Derek Bell and Henri Pescarolo. The car has been entered in the Classic 24 Hour by Xtec Engineering of Denmark and is owned by Henrik Lindberg.

A feature of the Daytona event will be a tribute to the late John Greenwood, and the fantastic Corvette race cars that made him famous. Plans for the opening Thursday of the event currently call for a panel discussion centering on Greenwood and his career at 11 a.m., which is scheduled to be followed by a display of the groundbreaking Greenwood C3 Corvettes from noon to 3 p.m. The day will close with a reception at 4 p.m. that includes awards and prizes.

“We are very proud and excited to come back to Daytona and the Classic 24 Hour with both cars,” said car owner Eric Roturier. “Didier André and Jules Gounon are the pilots, and Jean Marc will join us if his schedule permits. We had a great time and a great experience last year and the car was still fast after 30 years ‘sleeping".

The Caldentey team’s priority will be the Classic 24, however they plan to participate in as much of the Greenwood tribute as possible.

Top HSR competitor Jerry Peters and his Lucky Dog Racing team have entered the Classic 24 Hour at Daytona in a Porsche 914/6 with a winning pedigree. The 914 was one of the last built by Brumos Racing, and Peters will co-drive the aptly numbered No. 59 with former Rolex 24 at Daytona class winner Jack Baldwin and winning HSR driver and race shop owner Brady Refenning.

Baldwin, who previously raced the 914 in HSR events for Brumos, still competes in Porsches at the top professional levels and just completed another winning season in Pirelli World Challenge competition. In addition to being a top Porsche driver in HSR, Refenning operates the 901 Shop, which prepares Peters’ No. 59 914.

The 901 Shop has several other Porsches entered in the Classic 24, including a 1974 Porsche IROC RSR listed for Refenning and Juan Lopez-Santini, who swept all three of his races this past weekend at the HSR Atlanta Fall Historics. Another entry is a 1966 Porsche 911 for Jack Refenning and Ronnie Randall.

The equally impressive racing machines these drivers and other Classic 24 competitors will race in the Daytona event is a rolling collection of top sports cars and prototypes from the past 50 years. The Classic 24 Hour features six period-correct groups rotating through a full 24-hours of racing on the 3.56-mile Daytona road course. The groups, which include various classes of similar-era race cars, each take to the track four times throughout the 24-hours. The competitors in each class covering the most total distance in their group's four sessions will be crowned Classic 24 Hour at Daytona champions.