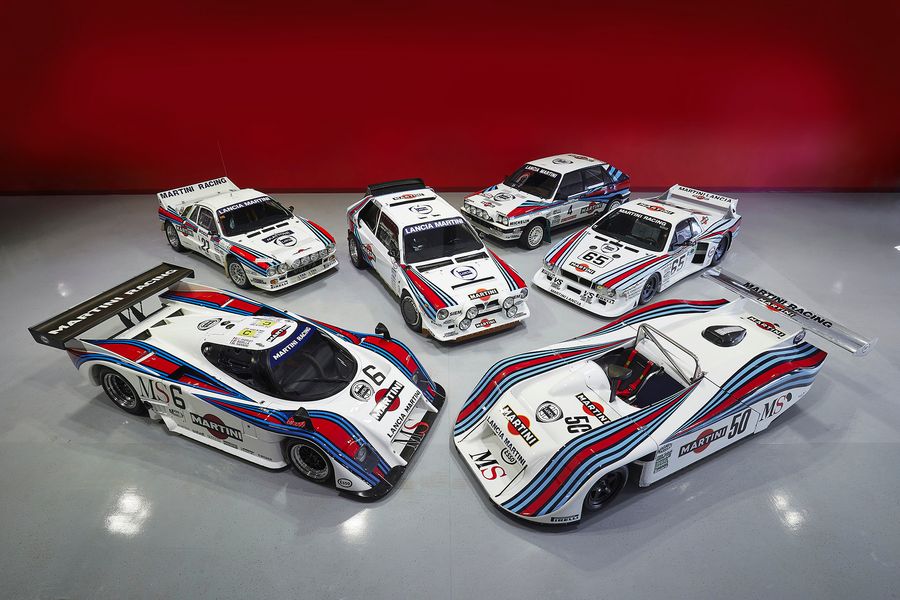 Collector car dealer Girardo & Company will offer one of the world’s most renowned collections of Lancia racecars this weekend as part of their Palm Beach Cavallino Classic activities.

Six iconic cars are from the collection carefully and diligently assembled by entrepreneur and racing driver John Campion. All of the cars have significant history, full racing provenance and are part of a collection that is globally renowned and highly regarded as a selection of superlative examples of the Lancia marque
The collection, which Girardo & Co. is offering for sale, consists of the following six Lancias, all of which campaigned extensively in period. The competition results of these cars are exceptional and varied, with each car playing its own part in Lancia’s remarkable motorsport history. Three of the cars have great endurance racing pedigree.

Giampaolo Dallara in his Parma Italy factory also built this car. The ultra lightweight car boasted only a 640kg dry weight. The engine (internally known, as the 14.81 PT) was similar to what was used on the Montecarlo Turbo above. The car is the second of four built and was the winner of the 1982 Nurburgring 1000km Two other LC1 models also claimed wins at the 1982 Silverstone six-hours and Mugello 1000km.

This car was Lancia’s official factory entry in the FIA World Sportscar Championship from 1983 to ’86. The Ferrari-powered LC2 on offer here is chassis 0001 the first built by Dallara, Abarth and Lancia. The LC2 was the only Ferrari powered Group C car. While this car proved very fast in qualifying and in the races it never claimed a victory.

The 037 Rally was Lancia’s answer to the new FIA Group B Rally regulations. The car designed by Dallara and Pininfarina was powered by an Abarth-developed supercharged, longitudinally mounted mid-engine.

This car was built in late ’83 Chassis 411 debuted at the ’84 Rally of the 1000 Lakes as a recce car for Marku Alen. In 1985 the car was then assigned to Jolly Club claiming two podiums finishes (2nd in the Rally Costa Brava and third in the Rally RACE in Costa Blanca) driven by rising star Dari Cerrato on his way to the European Rally Championship. In 1986 the car claimed three victories with one win coming in ’87 before the car was retired.

After the new Audi Quattro took control of the World Rally scene Lancia unveiled what it hoped would be the ultimate rally car. The S4’s rear-located, backward-facing, longitudinally positioned, four-cylinder, double overhead cam engine was the first ever to feature ‘twin-charging’, thanks to both mechanical- (Abarth Volumex supercharger) and exhaust- (KKK turbo) driven compressors forcing air into its cylinders. The engine fitted to the 037 was capable of producing in the region of 350 bhp, but the Delta S4 was immediately producing 480 bhp, with some claiming as much as 600 bhp before the Group B era came to an end.

This car chassis 208 was built by Abarth went through extensive testing by World Champions Marku Alen and Miki Biasion along with Abarth test pilot Giorgio Pianta. Like the 037 above this car was assigned to Jolly Club after testing was complete. The car debuted with victory at the 1986 Rally 1000 Miglia again driven by Cerrato.

The demise of the Group B cars meant new regulation for 1987 called Group A. The Delta HF 4WD was Lancia’s answer for the new rules and became a instant sensation winning nine of 13 World Rallies in ’87.

This car was built in early ’88 and debuted at that years Rallye de Portugal, round three of the FIA’s World Rally Championship and was driven by double World Champion Miki Biasion. Biasion dominated the event to carry on a tradition of Lancia cars winning debut events that dated back to the launch of the Stratos at the 1974 Rallye Sanremo. After victories in Kenya and Greece, Biasion and this car were reunited for a rare United States round of the World Championship. Another dominant performance gave Biasion and Lancia the world title before the season’s halfway point. Biason won five World Rallies in 1988 with this car.

After the car’s factory days were complete the car raced extensively in Australia and Asia. Australian great Greg Carr used the machine to great success, winning the first five events of the 1989 Australian Championship and finishing second in the season finale.

Tickets on Sale for The Mitty at Road Atlanta