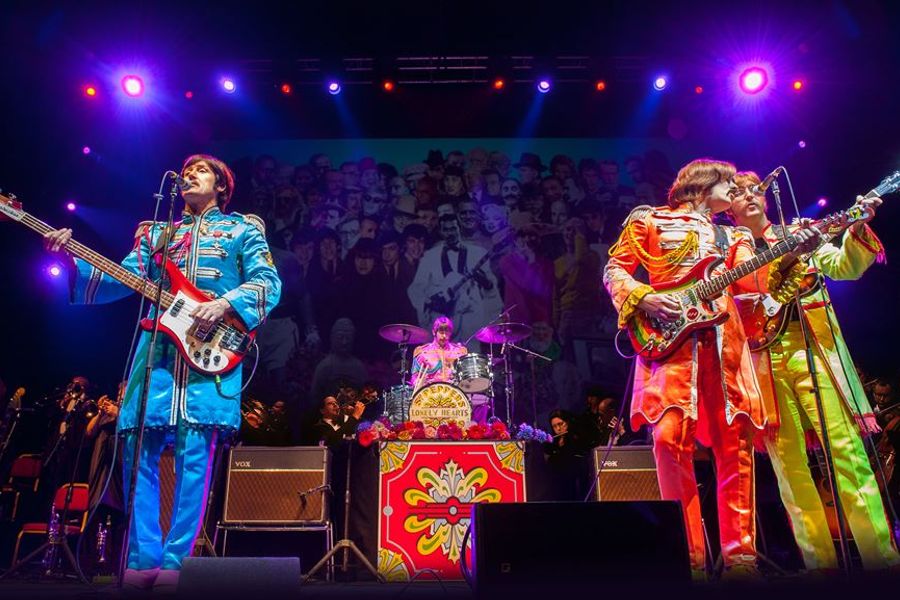 There is always a strong musical theme to the Silverstone Classic and this year it has been announced today that the Friday night acts as July’s event will follow a 1960s theme. The three-day meeting starts on Friday July 28th and sees major music acts after the racing.
Fifty years ago, the hippie-inspired Summer of Love phenomenon started in California and spread flower power right around the world – and Friday night at the ‘Rocking and Racing’ Silverstone Classic will feature the greatest music from that remarkably vibrant era.
For many, it was the legendary Beatles who provided the soundtrack to the Summer of Love – their seminal Sgt Pepper’s Lonely Hearts Band album was released on 1 June, 1967 to immediate acclaim and spent many months topping the charts on both sides of the Atlantic.
The Bootleg Beatles are widely hailed as the world’s premier Fab Four tribute group, and they will be topping the Friday night bill at the 2017 Classic.
With such a musical landmark to applaud, it is no surprise that The Bootleg Beatles are much in demand this summer and they will arrive at Silverstone fresh from playing six very special Sgt Pepper performances supported by the Royal Liverpool Philharmonic Orchestra. The four shows in London and Liverpool are already totally sold-out – that is not an issue for visitors to the Silverstone Classic, though, as admission to the live music concerts on both Friday and Saturday evenings is included free for all ticket-holders.
While it was The Beatles who provided the global soundtrack to the Summer of Love, the Monterey Pop Festival was certainly its focal point.
The Fab Four were rumoured to be headlining in sunny California but they declined believing their music had become too complex to be performed live. Instead, Paul McCartney recommended the organisers book The Who and The Jimi Hendrix Experience – and both made their breakthrough US debuts to widespread adulation.
Completing the story, now the timeless tracks of all three groups will be savoured by those at Silverstone with two further highly regarded, #1 live tribute acts – Who’s Next and Are You Experienced? – joining The Bootleg Beatles on the nostalgic Friday night Summer of Love bill.
“The Silverstone Classic has always been about the rocking as well as the racing, and the 50th anniversary of the Summer of Love has given us a wonderful opportunity to recreate some of the greatest music from that truly iconic era back in the Swinging Sixties,” said Nick Wigley, CEO of Silverstone Classic organiser Goose Live Events. “I’m not sure everyone will be dressing up in psychedelic clothes and putting flowers in their hair, but the Friday night party in July is going to be a really special part of the weekend festivities.”
Saturday evening’s live music line-up will have more of an eighties feel to it and full details will be announced shortly, well before the cut-off date for those taking advantage of significantly discounted Early Bird tickets available up until the end of March.
Silverstone Classic