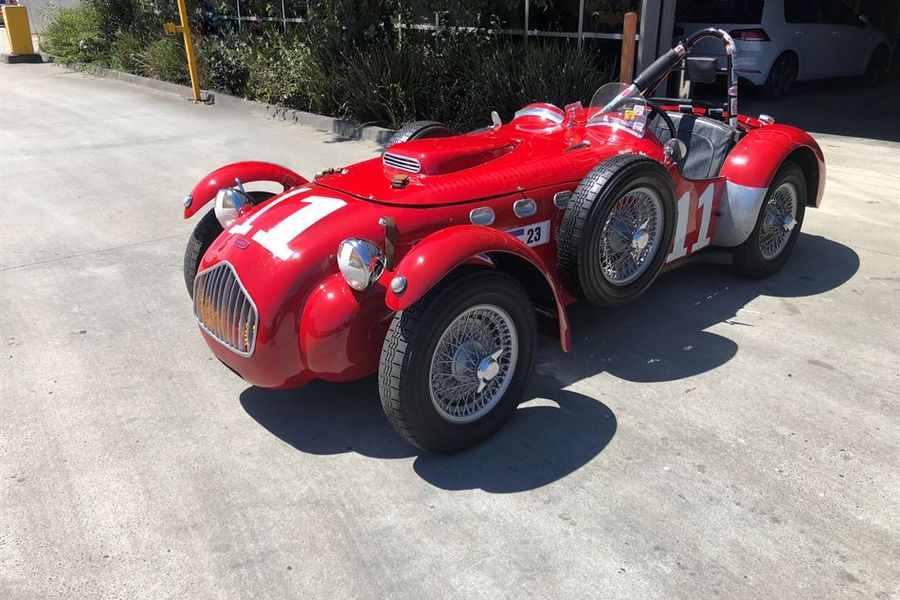 The VHRR Phillip Island Classic 'Festival of Motor Sport' being held at the world renowned Phillip Island circuit this coming weekend 2018 and will not only celebrate the 50th anniversary of the classic Formula 5000 but will feature a number of high performance sports cars not seen before in Australia.

Classic high performance sports racing cars, typical of the European and US categories of the 90's are to feature strongly at Phillip Island this year. Some of these exceptional vehicles have Le Mans and CAN-AM histories and these will join with domestic cars in what is expected to be some of the most exciting historic racing seen at Phillip Island.

Amongst the group of high performance sports cars will be three Dutton Motorsport entries, the Porsche 962, McLaren M8F and the Le Mans Lola T296 not previously raced here.

Also for the first time in Australia the two Pro-sport 3000's cars recently imported from the UK by Robin Swift, one Ferrari powered (No. 11) and the other with a Cosworth (Double Four Valve) (No. 22).

Other new sports cars will include the De Tomaso Mangusta of Perry Spiridis just imported from the USA and the Lola T70 of Ray Narkiewicz.

Exciting racing at its best can be assured with Andy Newall and one other driver flying in from the UK to drive against established and highly competitive local entities of Jamie Larner in his Ralt RT2 and local identity Laurie Bennett in his McLaren M1C, recently returned from very successful racing in Europe. Andy Newall will drive the McLaren M6B.