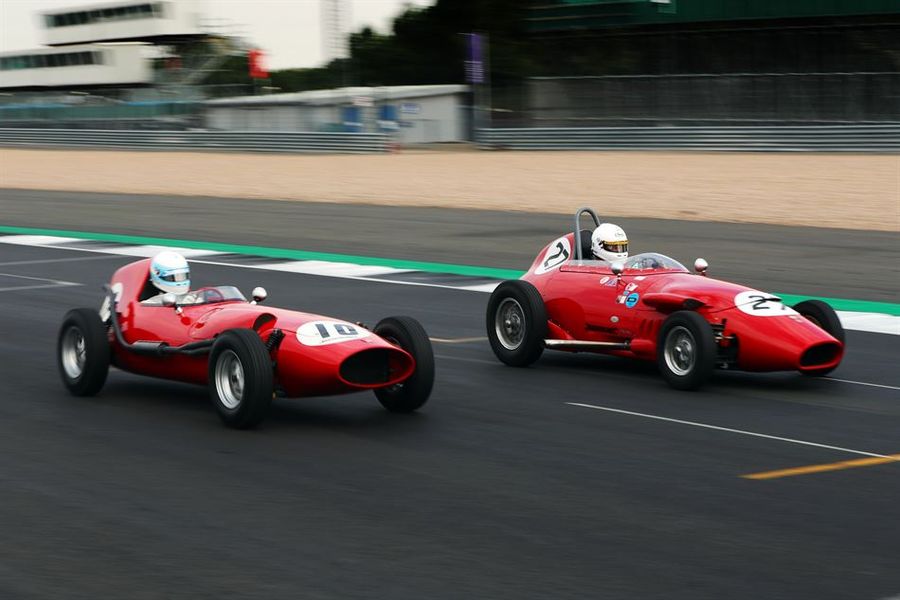 Three Daytona at Dusk races ensured an epic conclusion to action on a the second day of the 2018 Silverstone Classic, complemented by a series of splendid parades harking back to the halcyon days of motoring.

Saturday’s 11-races ensured the on-track action came thick and fast with the retro line-ups delivering racing reminiscent of yesteryear, while bumper crowds soaked up the festival atmosphere. On a weekend celebrating the 70th anniversary of the first Grand Prix to be held at Silverstone, the Classic tipped a nostalgic nod to the racing inspired by the landmark 1948 race, highlighted by a cavalcade of cars that participated in the historic event.

In a treat for spectators, the two vast Formula Junior fields also came together in spectacular fashion for a record-breaking parade of the 100+ cars to mark the formula’s Diamond Jubilee. A magnificent sight as the marvellous selection of machines poured onto track, the gathering is believed to be the largest-ever number of single-seaters to come together on the Silverstone Grand Prix circuit at one time.

High-speed lunchtime demonstrations from both the World GP Bike Legends and Legends of Modern Formula One tantalised the senses with their spine-tingling sounds and evocative designs, before the terrific on-track entertainment multiplied with a parade of retro motorcycles celebrating the 80th anniversary of the Ace Cafe, followed by car parades that included 50 Morgans honouring the half-century of the Plus 8 and a magnificent display from the Aston Martin Owners’ Club marking the 70 year anniversary of the DB1 and 60 years of the DB4’s unveiling.

The FIA Masters Historic Formula One guaranteed a bold opening to the afternoon’s racing with Nick Padmore charging to victory at the wheel of his ex-Carlos Reutemann Williams FW07C. Michael Lyons clinched second place in his Hesketh 308E with Christophe D’Ansembourg completing the podium in his own Williams FW07C, the Belgian having benefitted from a tangle ahead that delayed Martin Stretton (Tyrrell 012) and Matteo Ferrer-Aza (Ligier JS11).

In the HSCC Road Sports (’47-’79) race, John Davison took the chequered flag for victory in his Lotus Elan S1, heading off a brace of Morgan Plus 8s, while a red flag for oil on the circuit curtailed an exhilarating four-way tussle for victory in the Adrian Flux Trophy for Pre ’66 Grand Prix Cars (HGPCA) with William Nuthall (Cooper T53) awarded the win ahead of the Lotus’ of Peter Horsman and Timothy de Silva.

In the first of the weekend’s touring car races, tin-top legend Rickard Rydell targeted a famous win in the JET Super Touring Trophy from pole position driving the Volvo S40 in which he claimed the 1998 British Touring Car Championship title but couldn’t halt the charge of fellow front-row man James Dodd who swept to victory in his identically aged Honda Accord.

With the sun beginning to dip, the trio of Daytona at Dusk races started with the International Trophy for Classic GT Cars (Pre ’66) being won by Jake Hill. The young gun produced a marvellous giant-killing performance in his nimble Lotus Elan to resist a hoard of more powerful AC Cobras, TVR Griffiths and Jaguar E-types with an exemplary display of inch-perfect driving.

Saturday concluded with the new Masters Endurance Legends race – cars running lights ablaze in the dusky conditions – which brought the action to a captivating conclusion against a stunning sunset backdrop. Steve Tandy in the Lola B12/60 claimed the spoils for the category’s inaugural Silverstone Classic outing, finishing ahead of the iconic Gulf-liveried Aston Martin DBR1-2 of Christophe D’Ansembourg

The action resumes today with ten races scheduled on what is being dubbed ‘Tin-Top Sunday’ to celebrate 60-years of the BTCC, plus the return of the FIA Masters Historic Formula One and much more. 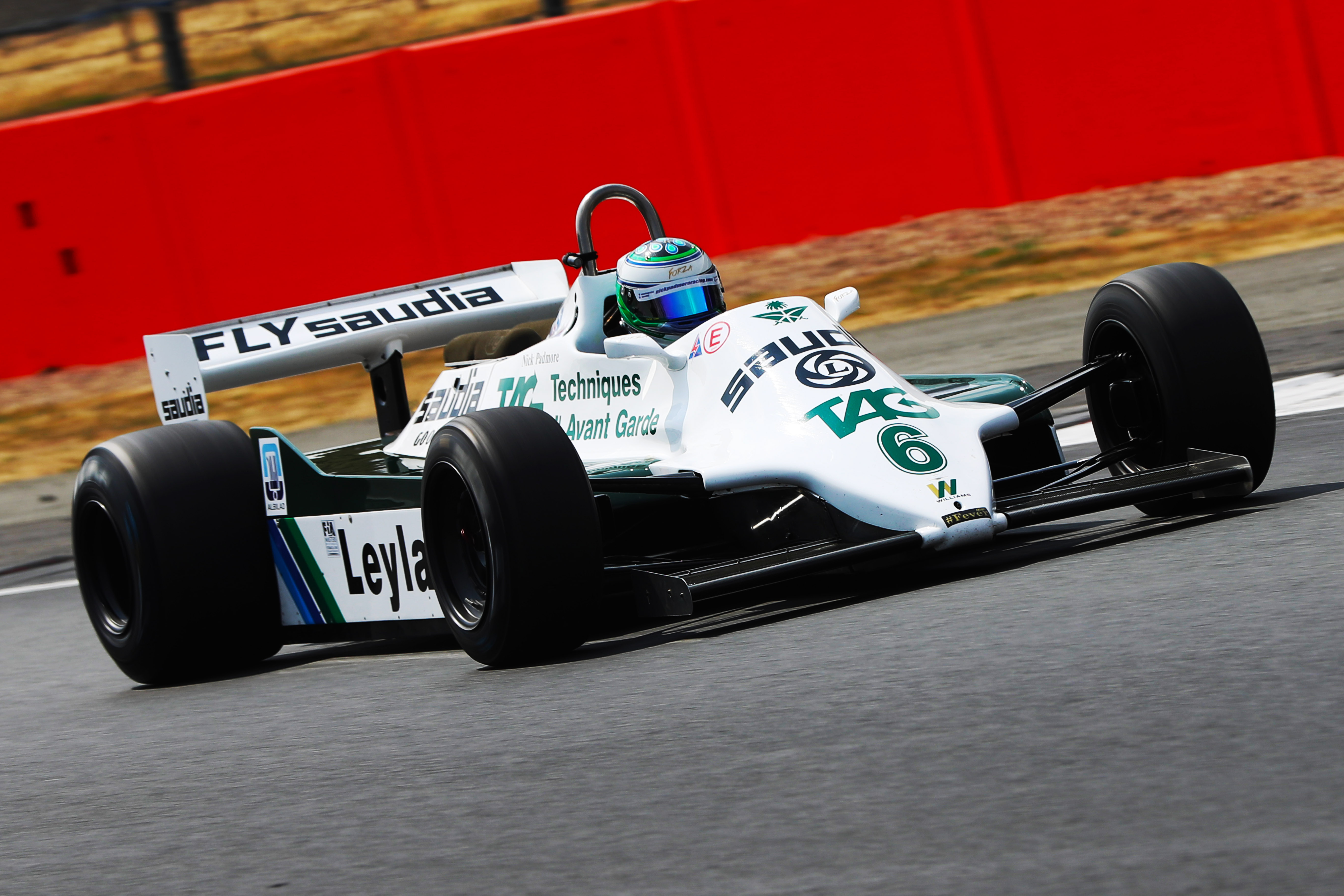 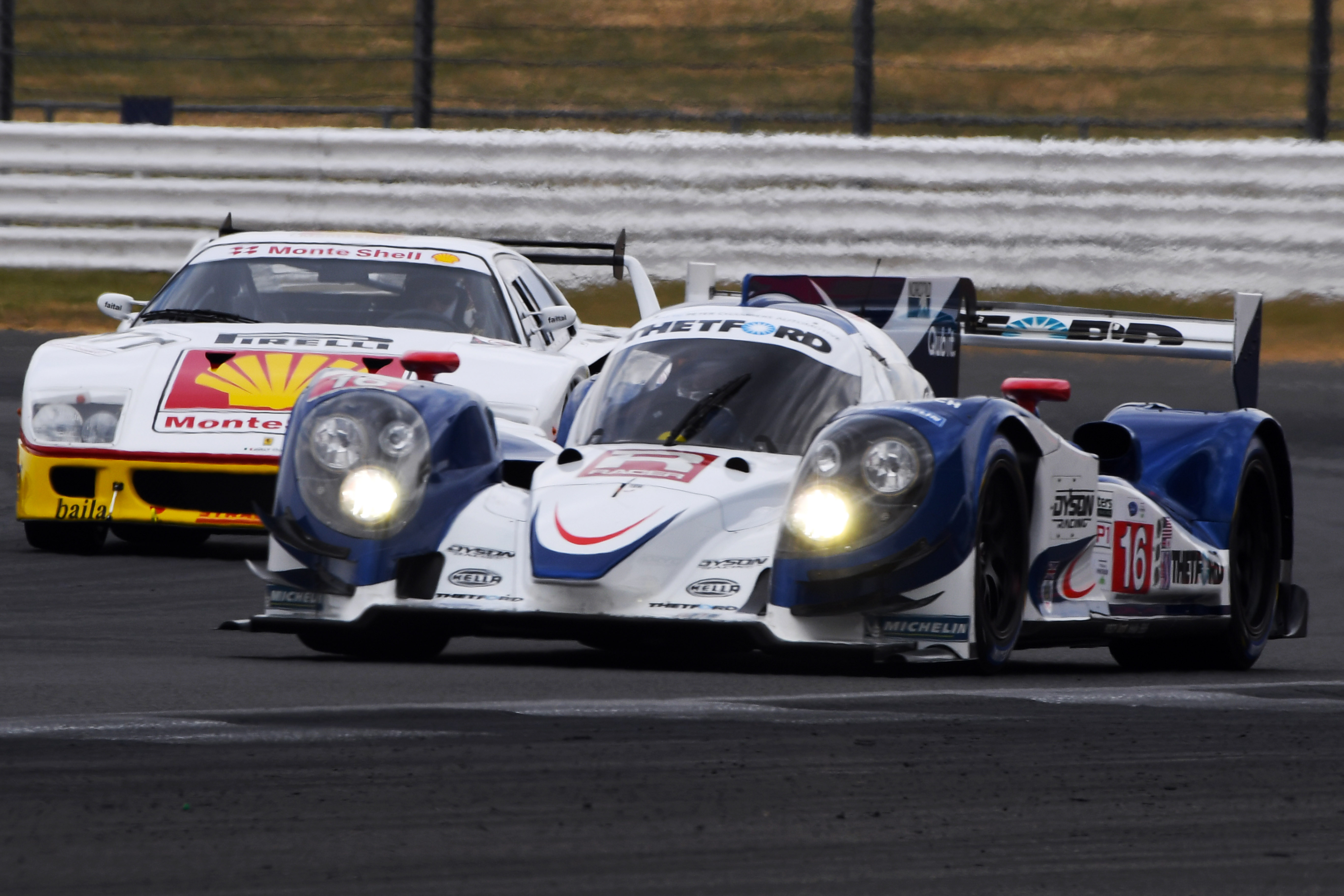