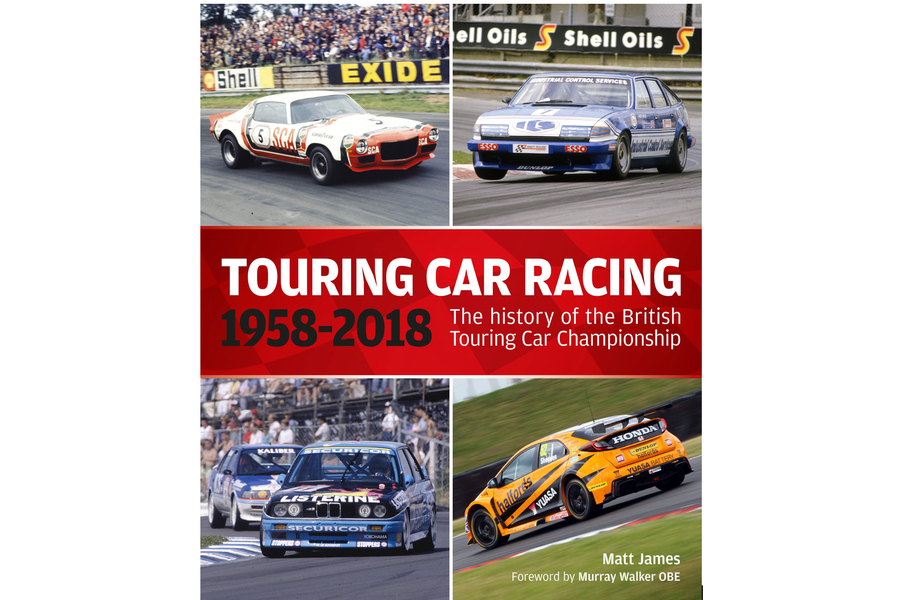 Published today, The History of the British Touring Car Championship 1958–2018 marks sixty years of the BTCC, a series that has has seen some memorable racing with iconic cars and famous drivers.  The BTCC has long been the most popular national series in UK racing, attracting large crowds to every round and with a high TV profile, and has been well overdue a comprehensive history.

From the era of relatively street-normal cars in the late 1950s and 1960s via the high-tech Super Touring era of the 1990s with major manufacturer teams to the closely-matched saloons of recent years, The History of the British Touring Car Championship 1958–2018 takes a year-by-year look at the series. Author Matt James has been a fixture of the BTCC for many reasons, covering the series for Motorsport News, and there can be very few writers as qualified to write the history of the series

Many memorable cars have graced the BTCC, from the Minis and Ford Galaxies that battled together in the 1960s, the staggeringly quick Ford Sierra Cosworth RS500s that won so many races in the 1980s and the Mondeos, Primeras and more from the 1990s. The new book has a chapter for each year featuring a summary of the season, photos showing all the top cars and drivers in action, and a profile of the champion driver – with a section of key results and statistics rounding off the coverage. Anyone who has ever enjoyed touring car racing as a participant, spectator or television viewer will treasure this tribute.