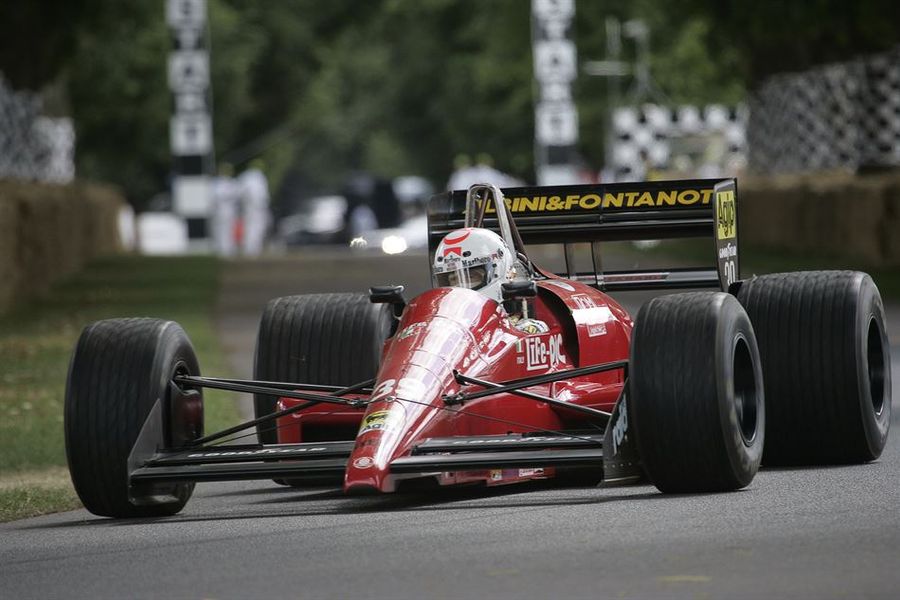 While the 2015 Goodwood Festival of Speed proudly celebrates the theme ‘Flat-Out and Fearless – Racing on the Edge’, an all-new category for the Hillclimb will celebrate those that put everything into reaching Formula 1, but never quite achieved the success that they craved.

‘Fearless but Flat-Broke’ shines a light on the teams that, despite limited resources, followed their dream of making it to motor racing’s highest level and bravely took on powerhouses such as Ferrari, McLaren, Lotus and Williams.

Two cars driven by F1’s perennial bridesmaid, Chris Amon, will feature. The unraced Tecno E371, in which the Kiwi never progressed beyond practice sessions in 1973, and his unique Amon AF101 – raced just once the following season – failed to allow him to add to his 11 podiums with Ferrari and Matra.

A pair of Lec CRP1s – complete with bodywork shaped in period by fridge-making machines – will be seen in action together for the very first time. The Bognor Regis-built cars will head up the Hill in tandem, evoking memories of the team’s three F1 World Championship starts, which incredibly included driver David Purley leading the 1977 Belgian GP in tricky weather conditions.

They will be joined by the eccentric March 2-4-0, developed as the team’s six-wheeled challenger for the 1977 world title. It never raced due to chronic unreliability in testing and instead found fame as a Scalextric car, as well as winning the British Hillclimb Championship in the hands of Roy Lane.

Later machinery to feature includes an ex-Roberto Moreno Coloni C3, to be driven by fast lady Lorina McLaughlin, the Minardi M189 in which Pierluigi Martini incredibly led a lap of the 1989 Portuguese GP, and the Life 190 that failed to get within 14 seconds of pre-qualifying for a race the following season in the hands of Gary Brabham and Bruno Giacomelli.

Finally, the 1995 season is set to be represented by a pair of cars that collectively qualified inside the top 20 on just four occasions; the Simtek S951 raced by current F1 rookie Max Verstappen’s father Jos ‘the boss’, and the Pacific PR02, which will be driven at the Festival of Speed by 2002 British Formula 3 champion Robbie Kerr.