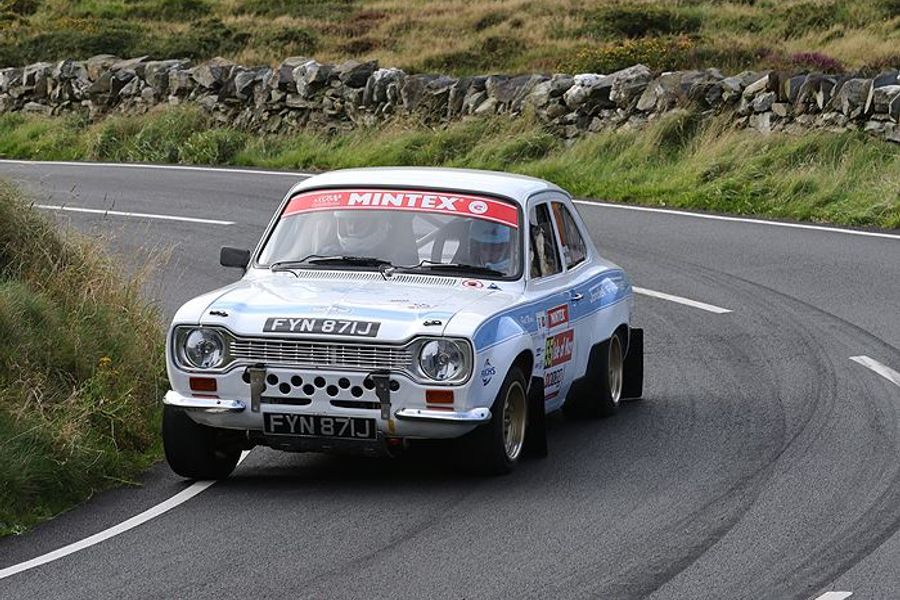 Three category champions in the 2016 Mintex MSA British Historic Rally Championship have been confirmed following the seventh and eighth rounds of the season on the Isle of Man Historic Rally (15th to the 17th of September).
With only one round remaining, the Trackrod Historic Cup (30th of September to the 1st of October), the winners of Category 1, Category 2 and Category 3 have been announced. However, the destiny of the overall title will only be decided in the famous Yorkshire forests.
After a sensational season, Northern Irishman Paul Barrett and Welsh co-driver Dai Roberts are secure as champions in the RSR Historic Engineering Category 3, for cars built between 1975 and 1981. Their Pinto-powered Ford Escort Mk2 has delivered consistent giant-killing performances and they are the first crew for at least a decade to win Category 3 with only Pinto power against the more powerful BDG Escorts.
In the Capital Construction Category 2, for cars from 1968 to 1974, Simon Tysoe and Paul Morris are now unbeatable in their Ford Escort Mk1. In Tysoe’s first full championship assault they have been both fast and consistent and racked up strong scores in every round until 12 minutes in a ditch dropped them down the order on the second part of the Isle of Man double-header. Nevertheless, they cannot be caught on the final rally of the season.
Father and son Bob and Dale Gibbons are the deserving champions in the Vintage Car Radiator Company Category 1 for pre-1968 cars. The South Wales crew have enjoyed a tremendous season in their Ford Cortina Mk2 GT and capped the year with a mighty performance on the Isle of Man. They won Category 1 on the overall event by more than four minutes and finished well inside the top 20 from more than 50 historic finishers.
Like all the award winners from the Mintex MSA British Historic Rally Championship, the category winners will receive their award at the championship awards’ night at the Casa Hotel in Chesterfield on Saturday 22nd of October.
South Wales crew BHRC Category 2 Pinto-powered Ford Escort Mk2 Category 1 co-driver Dai Roberts BDG Escorts Vintage Car Radiator Company Category 1 Ford Cortina Mk2 GT Paul Barrett pre-1968 cars Trackrod Historic Cup Ford Escort Mk1 RSR Historic Engineering Category 3 Bob Gibbons Isle of Man Historic Rally Paul Morris Category Champions Category 3 Capital Construction Category 2 cars from 1968 to 1974 Welsh Simon Tysoe Dale Gibbons Champions Northern Irishman for cars built between 1975 and 1981 2016 Mintex MSA British Historic Rally Championship