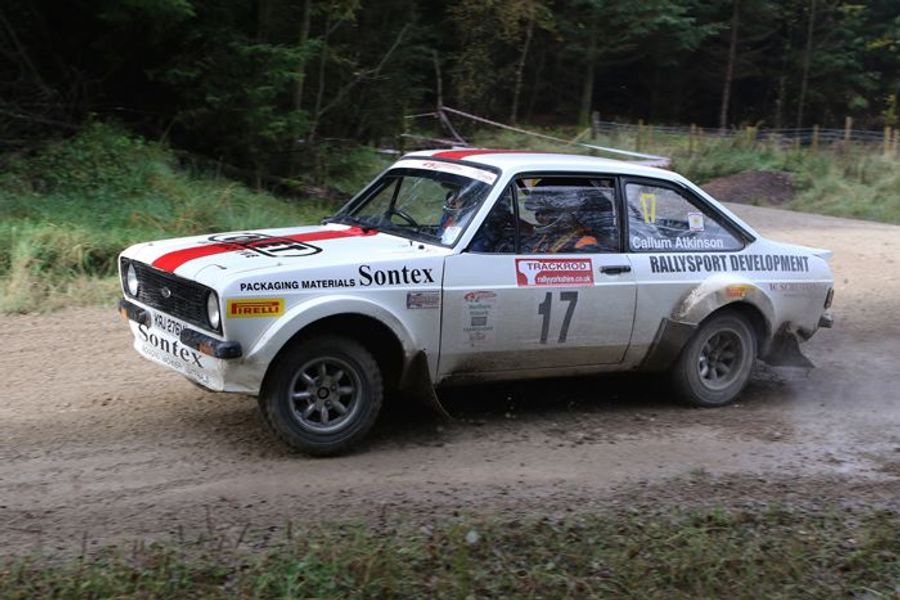 Steve Bannister, the most successful driver in the history of the Roger Albert Clark Rally, has confirmed his entry for the 2017 rally (10th-13th November). Bannister and regular co-driver Callum Atkinson will start the four-day rally as car number five in their Ford Escort Mk2. They were the winners of a free entry for winning this year’s Northern Historic Rally Championship in a very special award supported by fellow competitor Barry Jordan.
Yorkshire farmer Bannister, renowned across Yorkshire, northern England and Scotland as one of the very fastest Ford Escort Mk2 drivers, has an incredible record on the Roger Albert Clark Rally.
In the first three editions of the rally, in 2004, 2005 and 2006, Bannister won the Open Rally by considerable margins. Then, in 2007, he switched to the main event in an historic specification Escort Mk2 loaned by Steve Perez and won the overall rally. That victory was repeated in 2013, although he narrowly missed winning in 2012 after a fantastic battle with Martin McCormack when the result was only decided on the final stage of the rally.
Now, Bannister will bid for a record third overall victory. Currently, the only other driver with two wins to his credit is Gwyndaf Evans (2009 and 2011), so Bannister could earn a prominent place in the rally’s history.
For the opening leg of the rally, Bannister will tackle forest stages in Wales for the first time in many years. Although he has tremendous pace everywhere, his lack of knowledge of the Welsh stages may cost him a little time on day one. However, when the rally heads into Northumberland and Kielder he will surely set a very strong pace to be one of the major contenders.