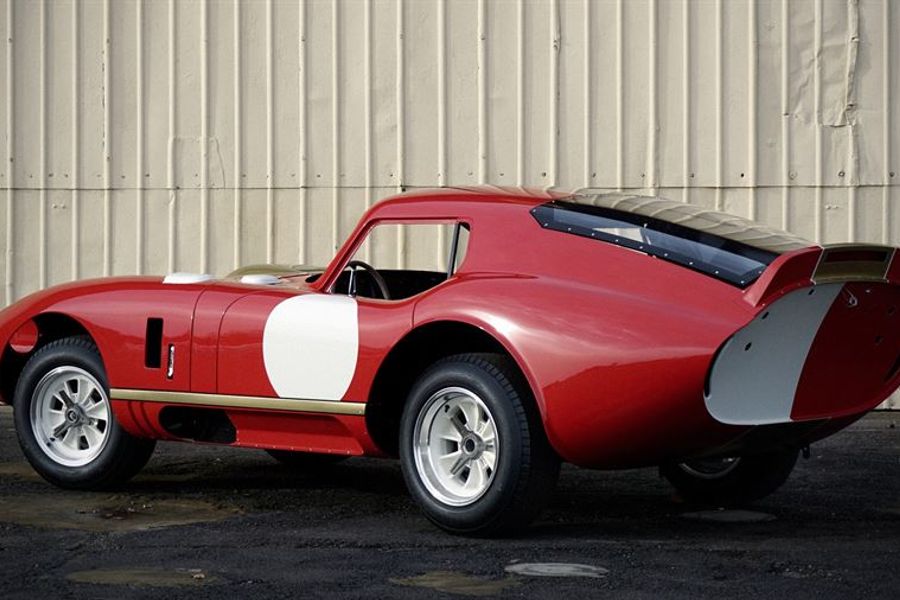 The famous red and gold colours of Alan Mann Racing, one of the top racing teams of the 1960s and now a leading light in historic motor sport, will be seen for the first time on a dramatic Cobra Daytona Coupé when it is unveiled at the London Classic Car Show (18th to the 21st of February at ExCeL, London).
In period, Alan Mann Racing campaigned a variety of cars for the Ford factory – including Cortinas, Falcons, Mustangs and Escorts – on the track and rally stage in the team’s iconic colours.
But although the team also prepared and raced the fastback Daytona at Le Mans and other tracks for the Blue Oval, the cars were never red and gold.
Despite huge success in the 1960s, Alan Mann Racing withdrew from the sport in 1970… but was revived in 2004 as historic motor sport started to really take off.
Today the company is run by the late Alan Mann’s sons Tom and Henry, who are ensuring that AMR will have a major presence at the show – the new Daytona and at least one other red and gold racing Ford will be displayed on the SZ Motorsport stand, run by racer (and AMR Ford GT40 owner) Craig Davies.
Said Henry: “When my father revived the company in 2004 it was done as a hobby but we have taken the decision to run it as a business and are offering our race preparation skills to historic racers – the Daytona has been built to race at Goodwood and elsewhere and it makes sense to finish it in our team colours.
“The London Classic Car Show is an ideal platform to show not only our cars but also to launch the Alan Mann Racing Club and to offer merchandising to fans old and new.”
Cortinas Alan Mann Racing Falcons Mustangs Escorts Cobra Daytona Coupé London Classic Car Show