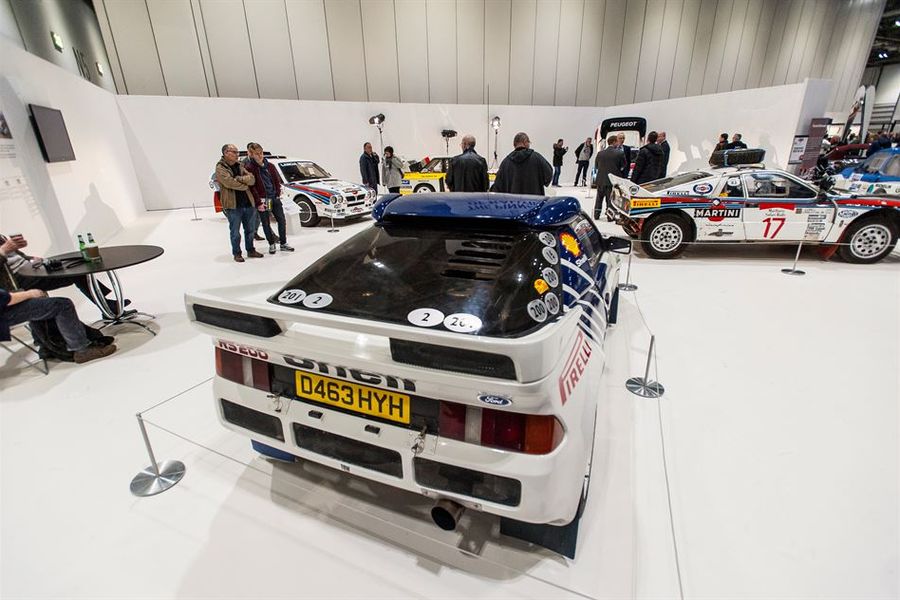 Brand Events, the company behind a raft of successful motoring events including CarFest, Top Gear Live and the recent IGNITION Festival of Motoring in Glasgow has announced a dynamic new international Conference and Exhibition in London to champion and celebrate historic motorsport. Reflecting the UK’s leading role in the world of historic motorsport and rallying, Historic Motorsport International will be a platform for engineering and preparation experts, event organisers, promoters and suppliers.
Special features include the inaugural Historic Motorsport Conference. Hosted by broadcaster and journalist Henry Hope-Frost, the ticketed conference will examine a wide variety of topics including the use of current technology in classic race and rally cars, driving standards and sponsorship.
There will be up to 100-competition cars for sale from leading specialist dealers while other exhibitors will include motorsport clubs, governing bodies, officials, sponsors and media owners.
An impressive number of high-profile companies and organisations have already jumped at the opportunity afforded by this new, far-reaching international showcase set right in the heart of London. These include renowned competition car sales specialists such as Taylor & Crawley and Duncan Hamilton & Co; premier championship organisers including Motor Racing Legends and the Classic Sports Car Club plus Dunlop Motorsport, the official distributor for Dunlop historic racing tyres. Octane, the UK’s leading quality monthly magazine covering the world’s greatest classic and performance cars from both road and track, is also supporting the show alongside Historic Racing Technology, which brings a unique perspective to the business of restoring, preparing and maintaining historic competition cars with in-depth technical articles on the engineering and craftsmanship behind this growing industry.
Historic Motorsport International will be held alongside another motoring exhibition from Brand Events, the London Classic Car Show, now in its third year and looking to build on the record 33,000 visitors who visited the 2016 event.
They will be held at ExCeL London, on 23rd to the 26th  February, with access to both shows included in the entry price. Historic Motorsport International will open its doors at 10am on Thursday 23 February, while the London Classic Car Show will burst into life at 3pm that afternoon.
"Historic Motorsport International will feature many of the most iconic historic competition cars for sale and blend the business-to-business, competitor and enthusiast aspects of the buoyant historic motorsport scene, from classic Formula Ford and historic rallying through to period Formula One, GTs, Sportscars and Prototypes,” said show director Ian France. “Whether your interest is in the many fiercely competitive UK domestic championships or marquee events such as Silverstone Classic, Spa Six Hours or the Historic Ypres Rally, this exciting new event will reflect your tastes and opportunities to get closer to the sport.”
“HMI will market all aspects of historic motorsport on behalf of competitors, preparers, event organisers and promoters, specialist retailers and enthusiasts.”
ExCeL London CarFest Spa Six Hours Henry Hope-Frost Top Gear Live Silverstone Classic Historic Motorsport Conference Historic Motorsport International New London-Based Historic Motorsport Show Announced IGNITION Festival of Motoring in Glasgow London-Based classic Formula Ford Historic Motorsport Show Announced London Classic Car Show Historic Ypres Rally