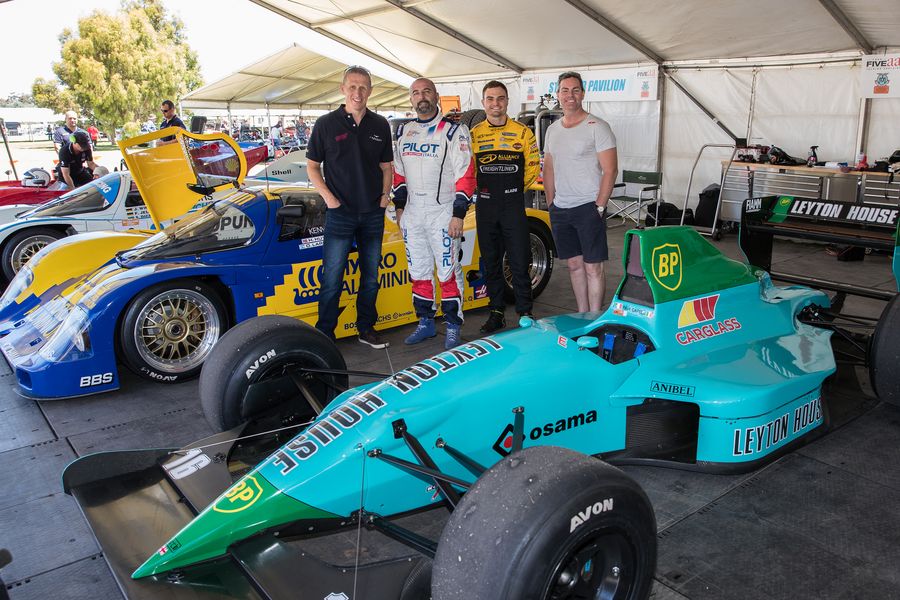 The chase is on for the Victoria Park Sprint Circuit lap record at this weekend’s Adelaide Motorsport Festival. Several key contenders in unique vehicles have targeted Tim Slade’s 43.03 second benchmark lap around the shortest version of the iconic Adelaide Parklands circuit, set last year in a Footwork Arrows FA-15 Formula One car that once raced the same streets in the Australian Grand Prix.

Slade snatched the record away from Italian F1 hero Ivan Capelli last year, the former Ferrari driver having set the benchmark in 2016, at 43.20 seconds. Capelli returns this year driving the same Leyton House March GG981 car that he drove in 2016 and is one of several contenders targeting Slade’s record.

LeMans winner David Brabham, in his own Adelaide-built Brabham BT62 Supercar, Tim Macrow in the Aussie built S5000 racer and Adelaide racer Josh Kean, in the record-setting Footwork, are amongst several hoping to crack the 42-second barrier for the first time. The Victoria Park Sprint Circuit uses the iconic Adelaide 500 and Grand Prix layout in the parklands, before turning right up Wakefield Street following the Senna Chicane for a short and busy lap.

Capelli said he would target the lap record once again this weekend.

“I’m going to try obviously, I don’t know the limit that there is now, I will check it with my guys,” he said. “I must say after two years it’s even tighter regarding the cockpit, because I weigh a few more kilos, compared with two years ago. But yeah we will do it, well we are going to try actually.

“I think the quality of the cars is improving every year and this should be the most important thing for the people that are coming here to watch the festival. The cars are really attractive, very nice and there are some cars that made the history of Formula One or other categories, it’s a really nice place.”

Capelli said he was excited to return to South Australia, the scene of some fond racing memories.

“The fact that I love Australia, I love the place because when I came here for the first time in 1985 I scored my first championship points when I finished fourth and I have very good memories in Adelaide, it’s really nice.

“While in proper racing events it’s very, very difficult to get close to the cars and to the drivers. Here there is a very big motorsport party and the fans can really appreciate the fact they can see everything, very, very close.”

The stars and cars of the Adelaide Motorsport Festival practiced at the Victoria Park circuit today, with official competition commencing tomorrow (Saturday) morning.
Amongst those taking in the array of cars at the circuit today was rally legend Alistair McRae, who will take to the track in a former works Prodrive Subaru Impreza World Raly Car – made famous by his late brother, Colin.

The Scottish ace is making his first appearance at the Festival this weekend and while he won’t be challenging for lap records, was excited to be involved in the event.

“When you come to these events and see the cars that are here, it still amazes me no matter where you go in the world there are car collections you don’t know exist,” McRae said. “There must be underground garages and bunkers somewhere, so yeah really impressive. I guess over the weekend when people come in its only going to get bigger and bigger.

“The Subaru ties in with the Adelaide Rally so you’ve got the link there, and then Subaru is fairly synonymous with the McRae name. We’ll put on a bit of a show with it tomorrow and Sunday.”

Action commences tomorrow morning, with tickets available at the gate.
Meanwhile, the Shannons Adelaide Rally will be decided across several challenging stages in the Adelaide Hills, before culminating with a final sprint around Victoria Park to conclude the challenging four-day event.

Record Breaker Thompson to Give Hall of Fame Presentation